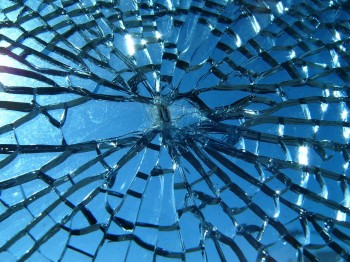 This is a direct follow up to James Enge’s post yesterday, Metabloggery. Being completely devoid of ideas as to what to write about here this week — the previously fertile blog fields of my mind having been trampled by a Diplodicus — I thought I’d just jump on in and add my own spin on what James is talking about (which, of course, you’ve already read). In some way, my lack of a ready topic only proves we writers shouldn’t be fooling around with blogs — after all, I spent most of my free time this week writing fiction, of all things.

But James is right about the potential for trouble that arises when writers pick up the e-pen and scribble without any sort of editorial check or, quite often, without even taking a deep breath and counting to ten. Thus far, I’ve been lucky to avoid getting the dog doo of web embarrassment all over my new trainers — but only because I’m pretty strictly averse to talking politics, religion, or current affairs online (especially on my blog). Call it cowardice, or call it forbearance, but honestly I think it’s mostly just laziness. I mean, if I’m going to get into a long, drawn-out argument and be forced to commit to one side or another, let it be about something important, like Early vs. Late Heinlein, or the virtue of Conan pastiches, or whether the Dune sequels are worth reading.

James’ post is quite obviously inspired by a certain brouhaha that can be found by anyone taking the trouble to look. The brouhaha is a case of extreme foot-in-mouth disease, a near terminal case in fact, in which a writer, on his live journal, spews all sorts of mad and offensive stuff. It’s the kind of thing that sticks in people’s memories, and alienates not just potential readers, but editors and publishers as well.

But it got me thinking about extreme opinions and how they tend to win over ardent disciples just as much as they repulse the rest of us.

We are experiencing a time of cultural fragmentation. In previous times, where entertainment and information sources were limited, wide swathes of the population had a great amount in common — whether it was having seen the last episode of The Honeymooners, read the most recent installment of Dickens’ latest novel, or receiving the Eucharist alongside the rest of Christendom from the universal church — these are ties that bind. The potential for massive dissemination existed — Jackie Gleason on the TV sets of half the country — as did the potential for serious consequences whenever the majority opinion was flouted — such as, oh, the Albingensian Crusade.

But now, we are our own little media empires, at least at the level of consumption. Millions of are songs available in a highly portable device that doesn’t even make us listen to a whole album anymore. Every movie (and what a lot of them there are these days!) ever made is available on our computers — from torture porn to Ken Burns, numbskull Hollywood blockbusters, Italian art flicks, and animated stories about cheerful rodents. Even the news we get is based on the point of view of the networks we choose to follow — do they tell us what we believe to be true, what we want to hear?

When the concept of a subculture was advanced, it was assumed that there would be an overarching capital-C Culture which was the dominant player in the relationship. Will that be the case thirty years from now? How about ten?

In the world of entertainment, the fracturing of culture is already here. People don’t have to read, or watch, or listen to anything they don’t want to experience, and so can live in a privately designed world of their own devising. Dissemination of ideas is much easier, but choice now leads to a lower level of awareness and of adoption across the board. More and more it is specialization in the arts that seems to be rewarded — while far less people may be fans of a specialized project, oh what motivated and lucrative fans they tend to be! While blockbuster successes like J.K.Rowling’s are still possible, for how long will it remain so as we shrink more and more into our private worlds of a billion choices?

All of this means it’s possible to believe, and to be passionate about, absolutely anything these days and find strength in numbers. It’s a beautiful and simultaneously terrible thing, as shut-ins, bullied kids, or geeks like me find solace and support in much the same way as racists, conspiracy theorists, and other assorted whack-jobs. No one is ever alone in holding an opinion in our fractured modern world of a myriad subcultures, and one thing I’m certain of is while the internet will bring every ill-conceived rant to the attention of millions of those who disagree with it and hate the author for it, it will also galvanize a legion of admirers.

So, is it really bad for a writer to have a blog in an age where any sort of attention translates into publicity and no opinion is too extreme to find adherents? I can’t be certain, but I’ll be sure to let you know how my future essays on universal puppy euthanasia and the impressment of seniors into labor gangs are received.
__________
BILL WARD is a genre writer, editor, and blogger wanted across the Outer Colonies for crimes against the written word. His fiction has appeared in numerous magazines and anthologies, as well as gaming supplements and websites. He is a Contributing Editor and reviewer for Black Gate Magazine, and 423rd in line for the throne of Lost Lemuria. Read more at BILL’s blog, DEEP DOWN GENRE HOUND.

Good follow-up, Bill. On my own blog I’ve avoided politics and religion as well, and it’s really for four reasons: 1) I don’t want to attract tons of trolls, 2) there’s already plenty of very dedicated blogs on both subjects, 3) although I have strong opinions on the topics, I don’t have much interest in writing about them, and 4) as someone who is starting to get work published and is shopping around novels, I don’t want to alienate readers with opinions that fall outside of literature and film.

Also, I writer blog reviews because… well, I love the writing art of the review. I can’t help but write them. And I like giving them a public forum laden with my touch of personal editorial caution

I used to write a newspaper column, for which I was paid, though not greatly, but it did signify that the publication felt I was reasonably literate and informed so that someone actually wanted to read what I wrote and, in the course of doing so, might see the advertising and be inclined to renew a subscription. I also had an editor who would rein in some of my more hyperbolic tendencies. If I inadvertently in the heat of a deadline made a grammatical mistake or a typo, someone would catch that. And if a particular submission wasn’t really all that good, I’d be asked to rewrite or reconsider the topic.

For the most part, that doesn’t exist in the blogosphere. There are no entry barriers, i.e., can you write, do you have any authority to write about a topic, are you interesting, can you write about something besides yourself? Sure, 99.9 percent of the stuff goes unread except by the bloggers immediate friends and family (and even they don’t pay that much attention), and the good stuff gets known, if not in mass media terms, at least within certain niches (this blog, perhaps?).

Truth is, I shudder when otherwise smart people think that the blogosphere is an improvement over what used to called journalism.

“I mean, if I’m going to get into a long, drawn-out argument and be forced to commit to one side or another, let it be about something important, like Early vs. Late Heinlein, or the virtue of Conan pastiches, or whether the Dune sequels are worth reading.”

I know what you mean about the possible value of controversy… but I think, for fiction writers, the rules are different than for professional controversialists like Ann Coulter or Michael Moore. For them, shock and outrage are the basic stock-in-trade. But, because successful storytelling is not controlled by ideology, a storyteller has the opportunity to attract readers from outside the limits of his own ideology. He cuts his potential audience by being abusive toward people who don’t agree with him.

I’m not saying people should hide their deeply-held convictions, though. Civility, not insipidity, is my goal. AND ONLY A TREACHEROUS NAZI STALINIST–no, maybe that’s enough.

I was going to write about how much I love blogs and the openness of them–along with the fact that I think it has really improved my ability to get news. But…I’d feel kind of like one of those otherwise smart people…

I think all things have their place of specialty. Journalism has a niche and so does blogging. I was never a newspaper reader, nor a tv watcher. I love browsing hundreds of news articles all at the tips of my fingers. Some are better than others–but for me, I must say, it really is a vast improvement over the old scheme if for no other reason than I use it. I am more informed, more involved. I can get any side of the issue; I call follow whichever I choose. I can learn or express my own opinion, and I think that is a wonderful thing for any nation. I wish all nations were so free.

Sounds like you’re more in the ideal category than part of the average, Maria. I agree there are some really great aspects to internet news gathering, just seems like a lot of people don’t look for much beyond the confirmation of their own biases.

But you are right, the information is there if a person bothers to look for it.

Ah Bill, people looking to confirm their own biases was true in old journalism/tv delivery as well. Quite possibly one of those aspects of human nature that doesn’t change much despite the media/distribution/technology changes.

But I like being Ideal. I’ll settle for that, even for the day!