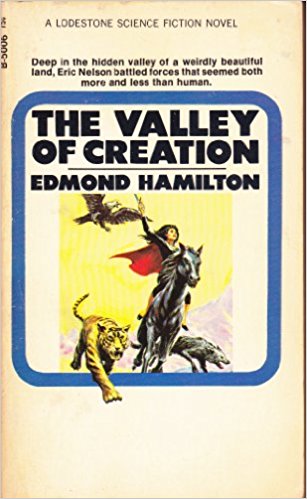 END_OF_DOCUMENT_TOKEN_TO_BE_REPLACED

Some writers agonize over every line. Some are prolific like Andre Norton. Others are hyperprolific like Isaac Asimov.

But Lionel Fanthorpe stands alone. He isn’t the most prolific author out there, having written “only” about 200 books, but he had the distinction of having written 168 books in less than a decade. Many he wrote in a week. Some he wrote over a three-day weekend.

This fervid output was the result of his association with Badger Books, a cheap-as-they-come UK publisher that emphasized quantity over quality. The publisher would commission the cover art first (or steal it from some old American paperback), send it to the author, and have them write a 45,000 word novel, usually with a deadline of one week.

Fanthorpe wrote 168 books for Badger between 1961 and 1967, dictating his tales into a reel-to-reel recorder and sending the tapes into the publisher’s typist. Often he’d stay up late into the night, covering his head with a blanket so he could concentrate. The results were overwritten, padded, and compellingly bad.

The only biography of Lionel Fanthorpe, Down the Badger Hole by Debbie Cross, has long been out of print but has now been revised, expanded, and released as a free ebook on the TAFF website.

And what a book it is! Cross gives us generous helpings of Fanthorpe’s prose, including masterful examples of padding through repetition.