I don’t like complexity in my tabletop-roleplaying games. It’s not just my age, I’m also more interested in the adventure than the stacking the of feats and traits. And, as a GM, frankly, the chaotic exploding synergies of games like Dungeons and Dragons make me feel panicky.

However, I don’t like it when glossing over resource management breaks genre conventions — if torches can’t run out, if food isn’t scarce, then players will turn each dungeon adventure into weaponized archaeology.

Unfortunately, I’m also — on reflection — unkeen on randomized emulations that  take away the possibilities and drama created by choice: “Oh, you rolled a ‘1’. Whoops your arrows ran out.” (Some games square this circle a little.)

The Cepheus Engine is the flagship for a movement of indy 2D6 games, all under an Open Gaming License related to a certain classic SF game. 2D6 games are generally old-school emulators, with encumbrances and resource management. However, unlike D20 OSR stuff, they have recursive rules — the clue is in the “2D6” — and skill lists rather than classes, meaning you don’t have lots of bolt-on background abilities and feats, because your skill list is your background and distinctive range of capabilities. Normally, character generation is a mini-game in itself. You navigate a career, with one eye on the possibility of aging badly — chicken versus the Grim Reaper — also generating your own backstory as you go.  It’s not so good for big sweeping stuff, but perfect for adventurers having adventures.

END_OF_DOCUMENT_TOKEN_TO_BE_REPLACED 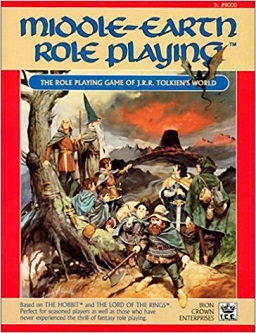