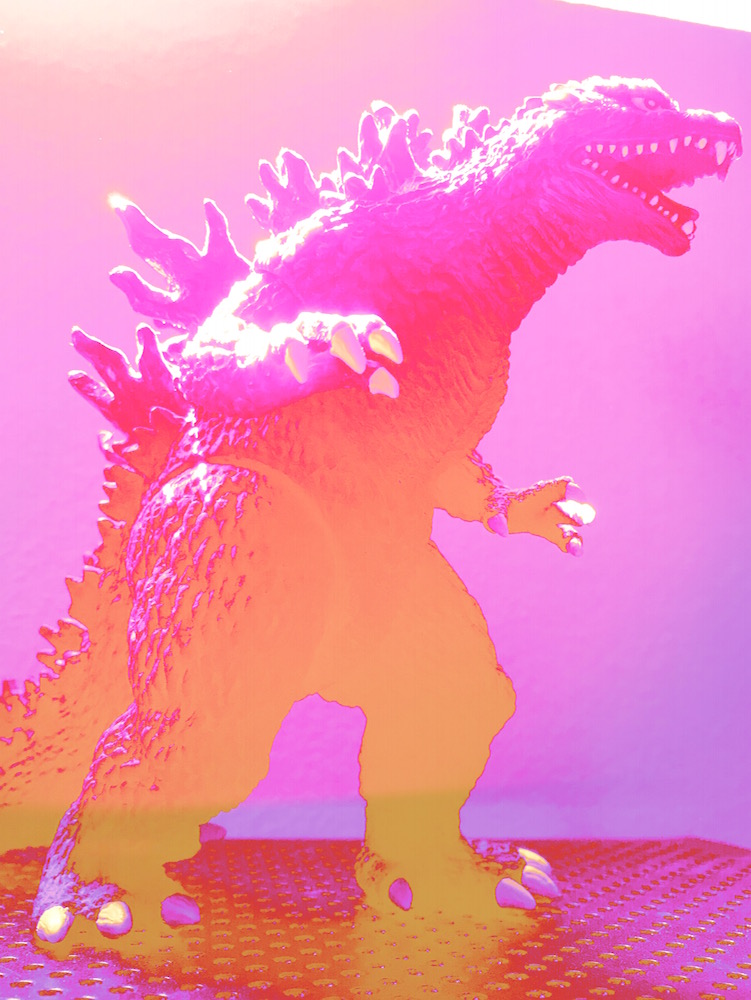 Do you remember the time Godzilla dropped the brown acid while watching Mothra’s colored wings, and then Raymond Burr joined him and they tipped back a few cases of wine from Burr’s personal vineyards, while Burr told the plot of Perry Mason episodes backwards, where Mason would undo a court decision, Paul Drake would put evidence back in place, and at the climax a dead body would return to life?

None of this actually happened — but something close to it did. It involves the Italian film industry (doesn’t it always?) and the director of Starcrash and the Lou Ferrigno Hercules movies. It’s called Godzilla il re dei mostri (“Godzilla the King of Monsters”), a.k.a. Cozzilla after its creator, Luigi Cozzi — and it’s one of the strangest and least known chapters in Godzilla history. Not as much an acid trip as Godzilla vs. Hedorah, but in that ballpark.

It starts with the 1976 King Kong. The Dino De Laurentiis remake of the ‘33 giant monster classic may not be much good (I’ll give composer John Barry a hand for his score, and I like Jeff Bridges’s beard), but it took in such a big overseas haul that it triggered a mini-monster boom in Europe and Asia. We can thank its success in Japan for getting the momentum going to restart the Godzilla series, resulting in The Return of Godzilla in 1984 and the better Heisei movies that followed.

But King Kong ‘76 also shocked into life an Italian take on Godzilla that most people are unaware exists. Godzilla il re dei mostri isn’t exactly a “new” film. It’s an Italian colorization and re-edit of the 1956 U.S. reshoot and re-edit of the 1954 Japanese Godzilla, only now with tie-dye colors, a mishmash of stock footage, and Tangerine Dream-esque electronic music. Because that’s what those two earlier versions of Godzilla were missing.