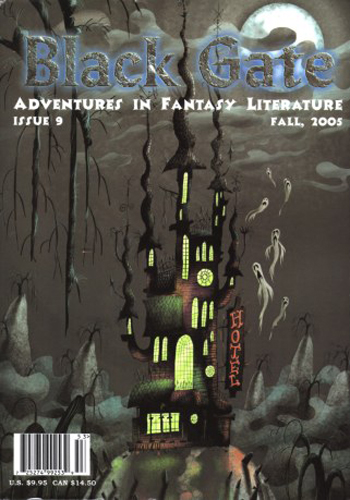 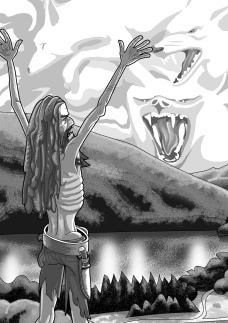 “The Whited Child”
by Michael Canfield
Bad Pete spoke for the Mountains, and did their will. Until the wolves came….

“Payment Deferred”
by James Enge
Morlock the Maker returns to confront a crafter of golems… and a challenge he may not survive.

“The Thrall”
by Michael Shultz
In a world enslaved to the Thrall, a thrall-less girl might look like salvation… unless she happened to be your daughter.

“Seijin’s Enlightenment”
by William John Watkins
Seijin was a samurai of almost peerless skill and reputation. But his greatest test still awaited him.

“Pets”
by Adam J. Thaxton
All she wanted was a pet. That, and not to be devoured by an Avatar monster.

“The Hand That Binds”
by Michael Livingston
The creature came in the night and killed everything it found. What hope could this young warrior offer?

“It’s a Wonderful Con”
by Larry Tritten
Never trick an old trickster… no matter how soft his reputation might be.

“The Longday Hunt”
by Sean Oberle
Legend said she was a minor goddess — a petty, insane killer. But if she awoke, it would mean death on a scale Jace had never before seen.

“The Final Flight of Major Havoc”
by Carl Reed
Major Havoc was having a bad day — and the giant dog tracking him was the least of his worries.

“A Touch of Crystal”
by Martin Owton & Gaie Sebold
It was a thrill to finally meet real elves. Except for all the paperwork.

Fantasy Classic: “The Fifth-Dimension Catapult”
by Murray Leinster
Professor Dunham and his daughter were marooned in the Fifth Dimension… a bizarre landscape of unearthly flora and fauna — and the Ragged Men, whose cruelty knew no bounds. A classic from the great era of pulp fantasy! 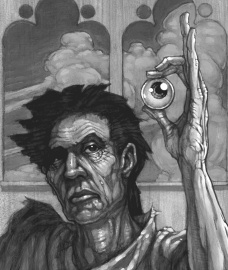 “Retro-Hugos That Will Never Be”
by Rich Horton 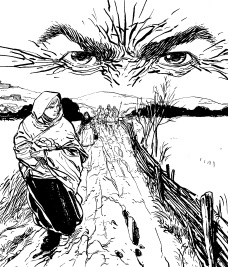 Editorial: Life After 40 (Such As It Is)
by John O’Neill

Back Issues
A List of rare (but miraculously still available) back issues of Black Gate.

Next Issue
What wonders await you in Issue #10? We give you the lowdown. 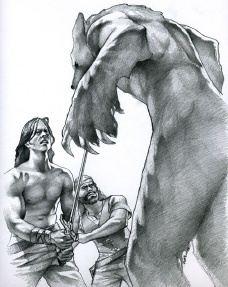 Book Reviews
Tumithak of the Corridors, by Charles R. Tanner
In Lands That Never Were: Tales of Swords and Sorcery, Edited by Gordon Van Gelder
The Historian, by Elizabeth Kostova
Four and Twenty Blackbirds, by Cherie Priest
Dragon Rider, by Cornelia Funke
The Dark Hills Divide, Land of Elyon: Book 1, by Patrick Carman, narrated by Aasne Vigesaa (audiobook)
The Black Angel, by John Connolly
The Death Collectors, by John Kerley 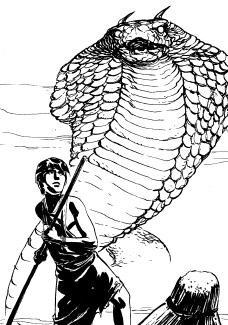 by Don Bassingthwaite and Todd McAulty 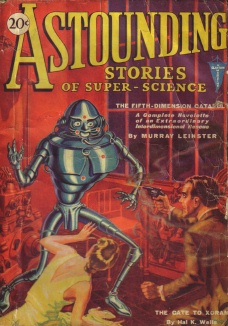