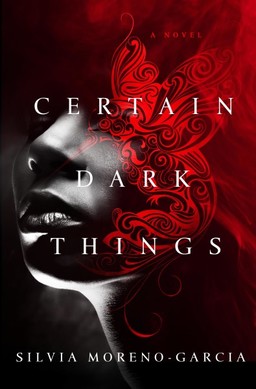 Categorization is a funny thing when you’re Latin American. Everything I write, people want to call it magic realism.

And then, when I write science fiction, sometimes people have no idea it’s science fiction because they don’t have enough cultural info to figure it out. When you’re writing a dystopia or an alternate history set in the USA, it’s pretty easy to figure out it’s dystopia or an alternate history. Everyone knows the USA! Hey, I knew your president cut a cherry tree and you had a Civil War when I was like seven years old and couldn’t speak English.

But is it fact or fiction that in Mexico when you apply for a job people can ask you to state your age, marriage status, and religion, and affix your photo? Sure! That’s not a dystopia. So sometimes I write a story and outsiders think, “That’s too fantastical,” or they confuse an ordinary detail with the fantastic.

Doesn’t ring true generally means people expect you to bring in the exotic. They’ll be like “I once went to Acapulco so this gives me super great knowledge about your country and therefore this is not exotic enough.” Awesome. They want you to show a sarape, bring out the donkey. Check out the rooster in The Three Caballeros. That’s the sense of place you should aim for.

Someone once wanted me to change a name because it looked weird. It was a real name used in Mexico.

In Mexico City there are women-only designated subway cars so you won’t get groped. There are subway gangs with youths, hair combed back with too much gel who go to reggaeton shows, and like a story I read online, if you encounter a bunch of them it looks like you’re living in a “Spanish-language remake of The Warriors.”