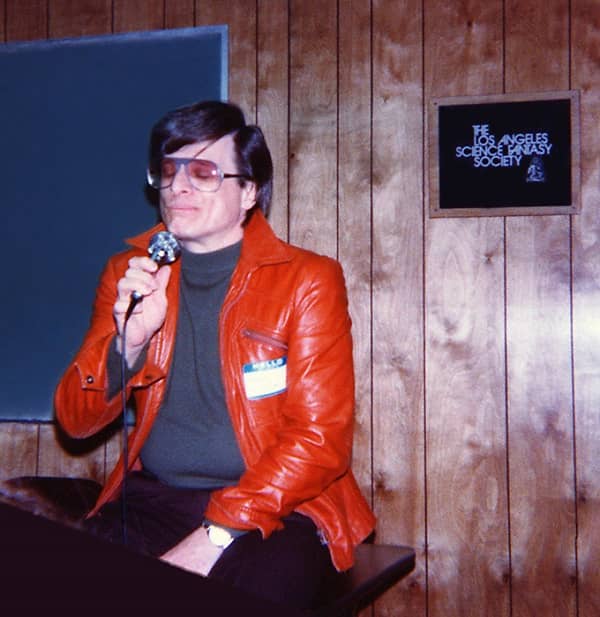 Harlan Ellison speaking to the audience at the Los Angeles
Science Fantasy Society, May 1982. Photo by Pip R. Lagenta

Harlan Ellison published three novels early in his career, and spent the rest of his life trying to complete another1. Despite a large and successful body of work, and the willingness of publishers to pay large advances for a novel, he never succeeded.

Returning to the novel form was important for Ellison; he announced the titles of works in progress as “forthcoming” in the front matter of his short story collections, ghost titles that would appear in successive volumes, sometimes for years, then vanish to be replaced by new ones. In 2010, when he was 76 and announced he was dying, Ellison said that he was working on a new novel, The Man Who Looked for Sweetness;2 and in 2014, shortly before he suffered the stroke that ended his writing, he returned to an earlier project.3 Completing another novel was a dream he never relinquished.