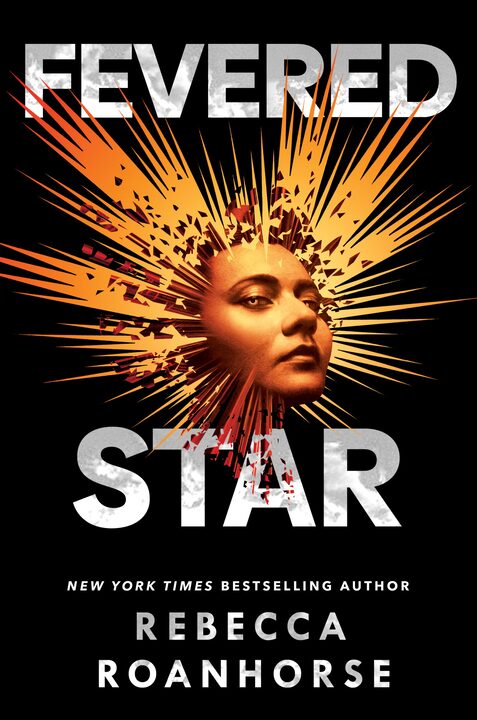 The great city of Tova is shattered. The sun is held within the smothering grip of the Crow God’s eclipse, but a comet that marks the death of a ruler and heralds the rise of a new order is imminent.

The Meridian: a land where magic has been codified and the worship of gods suppressed. How do you live when legends come to life, and the faith you had is rewarded?

As sea captain Xiala is swept up in the chaos and currents of change, she finds an unexpected ally in the former Priest of Knives. For the Clan Matriarchs of Tova, tense alliances form as far-flung enemies gather and the war in the heavens is reflected upon the earth.

And for Serapio and Naranpa, both now living avatars, the struggle for free will and personhood in the face of destiny rages. How will Serapio stay human when he is steeped in prophecy and surrounded by those who desire only his power? Is there a future for Naranpa in a transformed Tova without her total destruction?

In late 2020, a year of darkness, catastrophe and ill-omen, Rebecca Roanhorse published Black Sun, the first book in the Between Earth and Sky trilogy, a novel of darkness, catastrophe and ill-omen. While decidedly a coincidence, perhaps this was just the right book at the right time for me to curl up and read. Inspired by the civilizations of the Pre-Columbian Americas, particularly, those of Mesoamerica, the Southwestern ‘Ancient Puebloans’ and the great, wooden city of Cahokia in central Illinois, this was a fast-paced, fresh story that turned the ideas and tropes of epic fantasy to a new set of myths and civilizations. I devoured it rather quickly, and you can see my thoughts in my review here at BG.

This year sees the release of Fevered Star, the second part of the epic, which must content with the dreaded ‘middle volume’ curse: Part two of a trilogy is always a challenge for an author to write, since they are simply continuing a larger tale, and must, to some extent, leave you hanging at the end. Usually, to make this work they have to keep their characters separated or somehow prevented from coming together and solving the overarching problem while still creating an effective story.

Rebecca Roanhorse has all of those same challenges here and indeed keeps 2 of our 4 main characters separated as a central plot device, but since the first volume ends with a shocking climax and a twist: what if the prophecy comes true…. but nothing turns out quite as planned? What if your allies were motivated by totally different desires than what you believed?

The end result is that instead of using the 1st volume of the trilogy to give us lots of world building back story much of the truth starts to be revealed here, in a sequel that starts mere hours after Vol 1, and with as much frenetic energy as Peter Jackson wove into the opening of the cinematic Two Towers.

As avatar of the exiled Crow, Serapio expected to die when the Black Sun rose, consumed in a moment of divine wrath as the god wielded him as its weapon. Weapon he was — and weapon he remains — but he is not dead. Instead, he finds himself united with the Crow clan — the extended family he has never known — and even more of an outsider. For many, he is a messiah; a figure of deliverance to lead them against what remains of the other Skyborn clans. For the clan leaders, he is a figure of suspicion, a zealot, perhaps a fraud, and certainly a danger to their own power. As he struggles to contend with his place in a clan that does not understand him, and a life he expected to be over, Serapio sees that the Black Sun’s power is still strong within him, yet now comes with a cost to wield. Whereas Serapio and Xiala in many ways dominated the first book, Fevered Star delves more deeply into the story of Naranpa. A low-caste girl who grew up to be, unexpectedly, High Priestess of the Sun, she was, much like Serapio, an outsider and figure of suspicion and plots. When last we left her, the deposed priestess was only mostly dead…perhaps restored by a witch….or was it the will of the Sun Goddess herself? It is Naranpa’s story, as she seeks through the ruins of Tova’s library, and contends with the strange power growing within her, that the larger plot of the trilogy begins to be revealed. If the Crow cult is not all evil, nor is that of the Sun all good, and in bringing to an end the time of war and human sacrifice, the Sun Cult may have suppressed quite a bit of history and truth…starting with the nature and power of magic.

Once such magic, the most forbidden, is dream walking, a power which almost destroyed the Meridian long ago.  Lord Balam, a minor character in book one, but whose actions set Serapio and Xiala off on their journey, returns here as a far more formidable and potent figure, seeking this lost magic for reasons of his own. This ‘glimpse behind the curtain’ opens up the larger plot of the novel, reminding us that for all Serapio’s great power, he is young and has spent his entire life as a pawn of others, many of whom were never a part of the Crow Clan and wish the destruction of the Sun Cult for reasons of their own.

As I noted, a second volume always has to struggle with balance, and here the story of Xiala is the one that perhaps suffers the most; chronicling an overland journey that, though crucial to the plot, is eclipsed by other events, but I see why. My only complaint was that we could have spent a bit more time with Okoa, who continues to be the least significant of the viewpoint characters.

Roanhorse maintains the crisp and quick prose of the first volume, the story doesn’t dawdle, and the world of The Meridian is fresh and fun, with Vol 2 leaving us at *just* the right place and wanting more.