The Empress of Dreams

I hardly need to sing the praises of the late Tanith Lee (1947 – 2015).  A two-time World Fantasy winner, Horror Grandmaster, Hugo nominee, yadda yadda yadda, she rose out of nowhere writing sword & sorcery (generally a male-dominated field) with the Nebula-nominated The Birthgrave, and went on to pen 70 novels, 300 short stories and create a style of lush, dark fantasy perhaps best represented by her two best-known series: The Tales of the Flat Earth and The Books of Paradys.

Lee was goth before goths, and alternative before we knew that was a thing. Her style, which was lush and baroque, but not always straightforward for the reader, prose designed to read aloud. Her settings and atmospheres were strongly in the tradition of “the Weird,” owing much to the influence of writers such as Lord Dunsany and Jack Vance.

As my ennui with the often bloated, let-me-show-you-how-clever-I-am-not fantasy books continues, I’ve been revisiting Lee, who did it all first, better, usually in 70 – 90k words.

Original world-building? See Tales of the Flat Earth — a lozenge-shaped world that is one-part Arabian Nights, one-part Dunsanian Fantasy, and is populated by demons and gods who feel like the prototype of Neil Gaiman’s Endless cast through a Vikram the Vampire lens.

Brooding, urban fantasy? Paradys is a dream-nightmare of Venice-Paris, in which every narrow alley hides secrets sublime and terrible.

Retold fairy tales? Red as Blood, or Tales from the Sisters Grimmer should knock your socks off — and it is only a start to her body of work in this area.

Queer characters? Sexuality of every stripe, both beautiful and dark, runs deep through her fiction (and inspired the burgeoning genius of the (also sadly gone) Storm Constantine, whose Wraethuthu saga must surely be one of the first, and most intriguing, uses of non-binary characters in fantasy fiction). Lee’s work often explored mythology and fairy tale to explore sexuality, identity – especially feminine identities – mortality and isolation. One of Tanith Lee’s prominent themes was the moral and erotic development of characters placed in hostile, or at least unpredictable, worlds which the heroine (or hero) comes, if not to control, at least to meet on her own terms through a deliberate effort of the will.

In short, Lee was there long before Tamsyn Muir, Jeannette Ng or Erin Morgenstern, and while giving their work all respect, the fact they are considered trail-blazing innovators just shows how fickle fashion in genre fiction can be, and how each generation (Lee was a Boomer, they are all Millennials) is very certain that no one before has ever thought or done what they have. But despite having had “quietly phenomenal sales, now and then,” in recent years she found it increasingly difficult to interest publishers in her work. Most of her backlist is now out of print, while shelves are filled with young authors who, talented though they may be, whose innovation and novelty may be far the boast of Big Five marketing departments, than true trail-blazing. 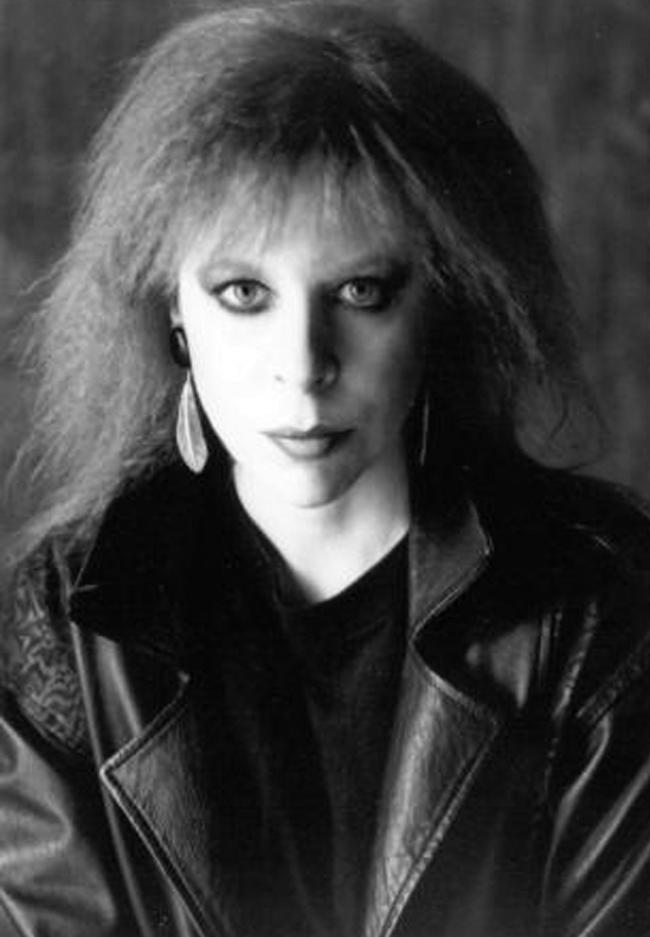 OK, I really like Tanith Lee, and clearly think if she had few peers when she hit the scene in the late 70s, that hasn’t changed now. But what about Cyrion?

I’ve read a lot of Lee, but I had never even heard of this gem until I stumbled upon it at last year’s Windy City Pulp and Paper convention — and that is a shame because my God is it good!

Set in an alternate crusader Kingdom of Jerusalem (Heruzala), the world is at once familiar and not. There were Romans…. Remusans (get it?)… there is a kind of Christianity and a kind of Islam, though neither quite as we know it, and may descend from the same prophet. There is a Templar-esque order, The Knights of the Angel (and who reappear — or their near twins do — in the Paradys sequence) that are also the famed Assassins. There are kundalini-practicing sufi, djinn and ghuls… .overall, is a bit looking at our world through a fun-house mirror — almost, but not quite familiar.

Without ever delving into deep exposition, just reveal glimpses in dialogue and deed when needed, Lee created this world through six short-stories about a wandering warrior-mystic, Cyrion, who may or may not be a magician, just as he may or may not be entirely mortal. Inhumanly beautiful, near supernaturally dexterous, with hair the color of spun-silver, he is a character of complex, almost inscrutable motives, and it is unclear if he has any greater ambition than to wander and insert himself in the world’s doings.

Each story is quite different in plot and tone, and here is where the brilliance comes in. “Fix-ups” — wherein an author took a series of short stories and loosely reworked them into a linear plot — goes back to the 20s (Dashiell Hammett was a master of this with his Continental Op), and also became a staple of fantasy fiction, but increasingly fell out of favor as Big Fat Fantasy came into vogue in the late 80s and 90s and markets for short-stories shriveled on the vine. Cyrion is just such a fix-up, but oh my, what a clever one!

Lee introduces a meta-plot, as hapless young noble is desperate to find the legendary Cyrion, convinced only he can save him from an impending, magical doom. Our story opens with Cyrion’s trail leading this poor lad to a very, very strange inn, where he offers to pay for information that will lead him to his quarry. No one seems to agree if Cyrion was ever there, or if he even exists, until a slave steps forward and offers a story he once heard, which sets all of the various guests off with tales of their own. Each story, thus has a long interlude, as we meet one of the inn’s guests, and they tell a story of the strange, silver-haired hero.

Are the stories true? Is Cyrion really all of these things, or are they tall-tales built around far more mundane events? The end result is somewhere between The Decameron and The Usual Suspects, with Cyrion taking the role of Keyser Soze, and clues to the truth woven in these bridging chapters.

This is a brilliant idea, and had Lee put this together and created an epilogue, it would have made a fine collection of its own. But instead, having at last found Keyser… er… Cyrion, the young noble reveals his own terrible tale in a “second prologue.” What follows sets off the second half of the novel, a short novel of its own, in which we follow Cyrion into a truly decadent and decayed noble house right out of classic gothic literature. There it sits, decayed and crumbling on a sea-side promontory, with few servants, and terrible secrets. You see….

…no, here I must stop, for to say more would be to say too much.

Lee has great fun with unreliable narration, using the third person voice as an omniscient tale-teller, who may or may not be yet another character him/her/itself. Here I am reminded of the great historical author, Dame Dorothy Dunnett, whose The House of Niccolò saga has a constantly guessing as to the hero’s motives and deeds, even as we witness them, until the very last page. I will simply say — read carefully.

This novel’s parts are brilliant, but taken together, they became something else, and that is even better. My only complaint is that we receive a few revelations and hints of revelations about Cyrion as the novel reaches its end, but he remains much as we found him — undefinable, mysterious. It feels as if his story, and that of the finely drawn Kingdom of Heruzala, so remarkably fleshed out in so small a work, had plenty of room to continue, and yet, to my knowledge it was here Lee left that world and spent nearly the next forty years building others.

An old gem, well-worth your time, that is both a brilliant story and an example of world-building can be subtle and just as effective.

I love this book! And am happy that it’s getting an eBook release in, I believe, June. Albeit with a much less resplendent cover.

A few of Tanith Lee’s other books seemed to take place in approximately the same world — Sung in Shadow, at least (her fantasy retelling of Romeo & Juliet) mentioned Remusans.

Yes, and Mark noted, her work is reappearing as DAW digitizes its backlist. Her non-DAW titles are harder to find but hopefully that will change.

Funny you should mention “Sung in Shadow” — keep watching this space.

I think what she did with these works, and her loosely affiliated alternate Earth, where the Sons of Remus replace the Sons of Romulus, prefigures what eventually became the interweaving views of Paradys.

“Most of her backlist is now out of print.”

There’s actually a good portion of her books still in print and available for purchase, at least through Amazon, courtesy of Daw Books. They started reprinting her works shortly before her death. The first reprint was of “The Birthgrave”, which Lee provided a new introduction. A quick look through Amazon shows The Birthgrave trilogy, the Flat Earth series, the War of Vis trilogy and “Redder Than Blood” all available for purchase in new editions.

One that hasn’t been reprinted yet is “Cyrion.” It seems many of her singular novels Daw originally published didn’t get a reprint (“Electric Forest” is one I would have liked to have seen).

I do agree with your overall premise that new authors are being celebrated for writing books with themes that Lee had explored decades before. Her books are eminently re-readable and should be kept in print and enjoyed for generations to come.

I don’t know if you are aware, but DMR books recently did a Lee anthology called Empress of Dreams — definitely worth getting. DAW has re-released far more titles than I realized, thank you for drawing my attention to that. Lee was really a singular talent, and I am just going to leave this bit of snark here — a certain fairly recent Hugo-winner remarked at length at a recent WorldCon about essentially millennials like herself opening the world of fantasy to women writers and queer characters, and had no idea who Lee was. Had never heard of her. That’s sort of like congratulating yourself for being an award-winning female mystery writer and then saying “Who is Agatha Christie?” One expects the publishing industry to be fickle — marketing is literally the business of making everything seem fresh, innovative and new — but the ARTISTS ought to know better.

My fondness for Ms. Lee’s fiction is great, and never more than with her shorter pieces or the nigh-neglected collections of same, like Cyrion. Or Tamastara, sf/f pieces inspired by India and its legends and myths. I made the mistake of not nabbing Tamastara when it was first published, and it took 30 years before I stumbled upon a copy. Make not my mistake!

And as it happens, an eBook of Volkhavaar just magically appeared on my Kindle.

That’s a dynamite book! It might be my favorite Lee, that and The Birthgrave…and Don’t Bite the Sun…and Night’s Master…and Kill the Dead…and…and…