Megan E. O’Keefe’s debut novel Steal the Sky was nominated for the 2017 David Gemmell Morningstar award, and became the opening book in the Scorched Continent trilogy, which author Beth Cato called “An epic steampunk Firefly.” Not a bad way to kickstart a writing career.

But it was her second trilogy, the space opera The Protectorate, that really launched her into the big time. Opening volume Velocity Weapon (2019) was nominated for the Philip K. Dick Award, and Kirkus Reviews called it “edge-of-your-seat space opera with a soul; a highly promising science-fiction debut.” Chaos Vector was published last year, and the trilogy wrapped up in June of this year with Catalyst Gate. If you’re looking for modern SF filled with with twists and far-future political intrigue, you’ve definitely come to the right place.

Here’s an excerpt from the Kirkus review of Velocity Weapon:

The last thing Sanda Greeve remembers is her ship being attacked by rebel forces. She’s resuscitated from her evacuation pod missing half a leg — and two centuries — as explained to her by the AI of the rebel ship that rescued her. As The Light of Berossus — aka Bero — tells her, she may be the only living human for light-years around, as the war wiped both sides out long ago. Sanda struggles to process her injuries and her grief but finds friendship with the lonely spaceship itself. Sanda’s story is interspersed with flashbacks to the war’s effects on her brother, Biran, as well as scenes from a heist gone terribly wrong for small-time criminal Jules. The three narratives, separated by a vast gulf of time, are more intertwined than is immediately apparent. When Sanda rescues Tomas, another unlikely survivor, from his own evacuation pod, she learns that even time doesn’t end all wars….

The stakes has risen considerably for Sanda and her allies in Catalyst Gate. Here’s the back cover for the first and third books in the series (click for bigger images).

Back covers for Velocity Weapon and Catalyst Gate

Here’s the publishing details for all three volumes in the series.

All three were published by Orbit, with covers by Sparth.

What’s next for O’Keefe? Space opera has been pretty good to her, and she seems to be sticking with it. Her new space opera trilogy The Devoured Worlds kicks off next year with Extinction Burst; Catalyst Gate includes a teaser excerpt in the back of the book.

See all our coverage of the best new SF and fantasy series here.

Obtaining and reading this series is on mt 2022 list of things to do. The second novel inspired the Silent Death articles published on Black Gate some time back, Interesting ship on volume 3, i keep thinking of a scene from the Expendables, when they come in on that WWII medium bomber. I would love to hear the artists inspiration here. Very cool look. Wishing O’Keefe the best for her new venture.

Tony – I know what you mean! The ship design on the covers of The Chaos Vector is very reminiscent of those SILENT DEATH ship designs. If you get a chance to read the books, let us know what you think. 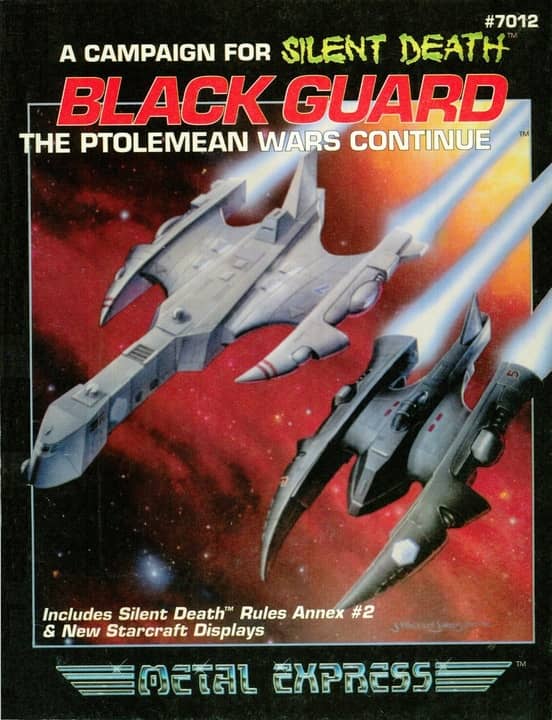