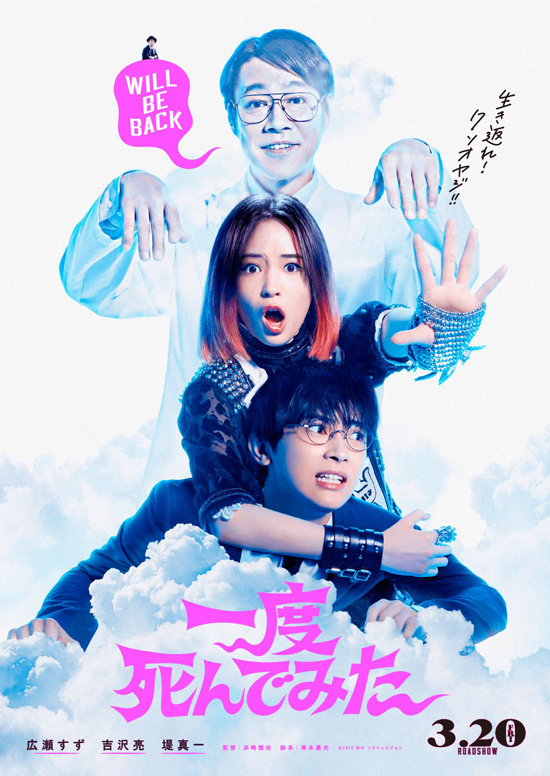 The strangest title of any film at Fantasia 2021 was the Korean short “Digital Video Editing with Adobe Premiere Pro: The Real-World Guide to Set Up and Workflow.” (“그녀를 지우는 시간”) A 40-minute piece written and directed by Hong Seong-yoon, it opens with a scene from a romance movie as a young woman meets a handsome businessman — and then there’s a ghost. And the image freezes. And in a voice-over we hear the director, Seo, explain that his movie’s haunted, with a ghost showing up in crucial shots, and is there any way to edit around those shots? He’s talking to a freelance film editor, Ms. Park, and the movie mostly takes the form of a dialogue between the two of them as they try to work out how to cut the undead while still creating an artistically satisfying film. We see scenes from the film played over again as the editor tries out a variety of tricks, hear the debates between editor and director, and see clever ideas that eliminate the mysterious haunting.

Seo’s work is generic romance, but “Digital Video Editing” is a funny and engaging film, with good performances and an excellent script. It’s a bit of a look backstage at how a movie gets put together, and presents a dialogue that echoes a lot of artistic collaboration. Park, the outsider, has ideas about what to do with the film. Seo, who’s worked on it much longer, has specific things he feels need to come across. But do those things work? One way to look at the ghost is as a kind of spirit of the film, forcing the movie to take a certain form regardless of the intent of anyone working on it. But more importantly, it’s spooky. Add to that the dialogue’s sharp, and the sense of how film works is very strong; this is a very good short.

Bundled with it was Not Quite Dead Yet (一度死んでみた, Ichido Shindemitai). It’s a comedy from Japan, in which Mr. Nobata (Shinichi Tsutsumi), the head of a mid-sized pharma company, tries an unorthodox maneuver to try to find out the identity of a mole in his company: he takes a new drug his scientists have developed, the ‘Juliet pill,’ which will leave him apparently dead for 48 hours. Things don’t go as planned, and Nobata’s enemies strike — but he can still appear as a ghost to his daughter Nanase (Suzu Hirose, Fireworks and Laplace’s Witch), a struggling death metal singer, and with her help might survive to turn the tables. But she’s become estranged from him following her mother’s death, while he’s assigned one of his more self-effacing employees, Taku (Ryo Yoshizawa, of the live-action Bleach and Gintama films), to keep an eye on her. And the mole in the company is still there, now out to make sure Tanabe never revives.

The 48-hour duration of the drug gives the characters a deadline they’ve got to deal with; the imminent dissolution of Nanase’s metal band unless they can get a successful gig gives the film a subplot that adds to the confusion of the climax; there’s a wacky chase scene at the end that gets all the characters together in one place. Director Shinji Hamasaki (in his debut) and writer Yoshimitsu Sawamoto load up the film with plot, and it works well enough. It’s a solidly-machined comedy that delivers laughs and now and then a gentle tug at the heartstrings.

Notably, the film doesn’t on the whole try to extract laughs by flashy editing. There is some broad acting, and broad writing, but it mostly aims to put heightened characters in a basically-real setting. The humour then arises from the characters and their interactions. So Nanase’s goofier than anything in real life, and Taku’s nerdier, and so forth, but this not the weirdness of something like Kakegurui — the world around them is basically real. 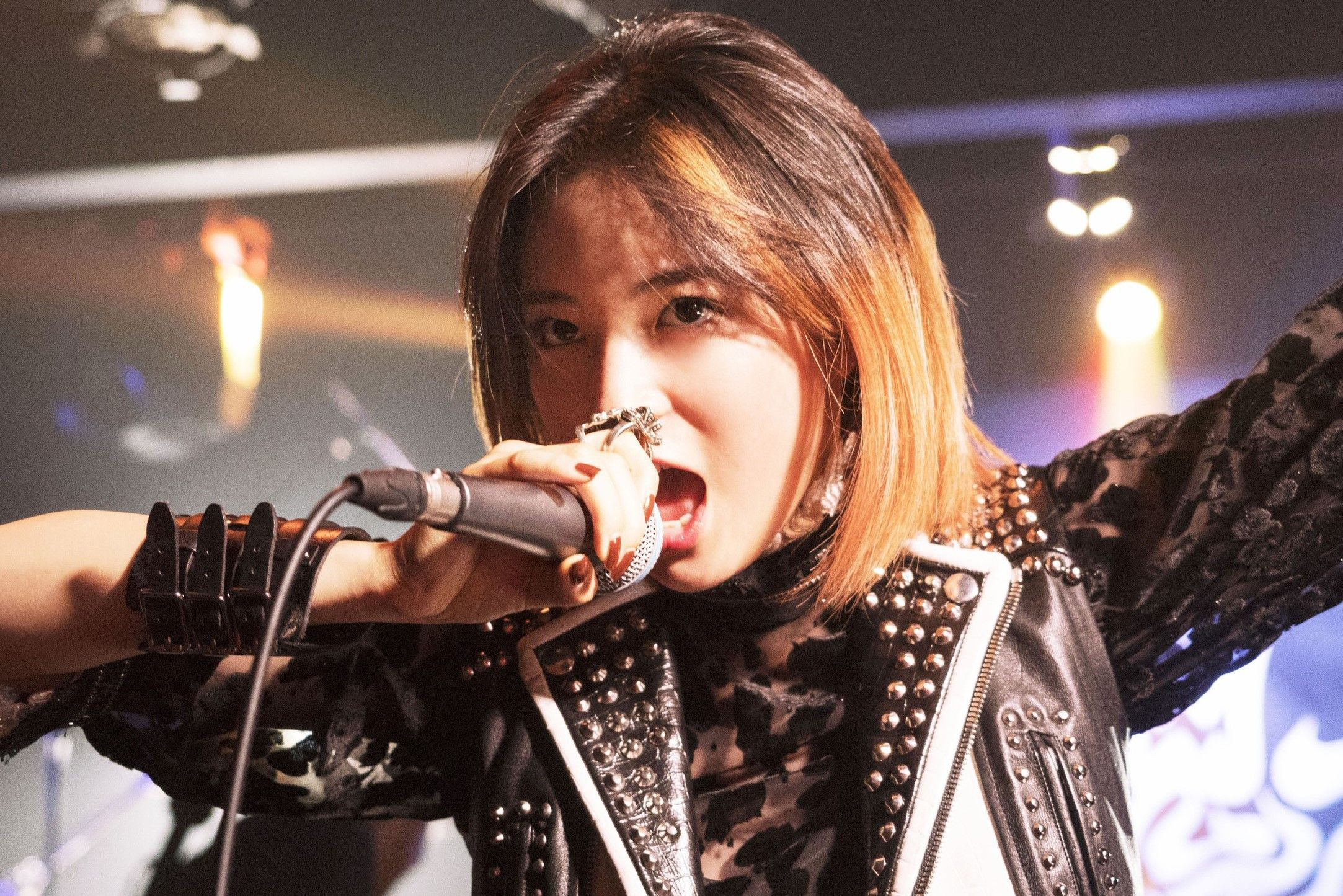 There’s science-fiction here, in the form of the Juliet pill (and some other developments from Nobata’s labs). And there’s fantasy, in the journey the ghost goes on after his death — one of the more charming aspects of the film, in fact, is the way it visualises the near parts of the afterworld. But these things don’t really warp the world, not during the course of the film.

As a result, I found myself oddly reminded of what Leonard Maltin called “gimmick comedies.” Maltin came up with the term specifically for Disney movies like The Shaggy Dog or The Absent-Minded Professor or Freaky Friday — live-action films with some fantastic element that’s used to create an impossible situation, but which is not explored in itself and does make the fictional world significantly different from the real one. You could expand that definition to include a number of non-Disney movies, too. These are films that take place in (to use a phrase that once described a comic-book universe) ‘the world outside your window.’ They don’t explore genre, and do not think in genre terms; they don’t explore the logic of the gimmick that creates the situation, only the situation itself. 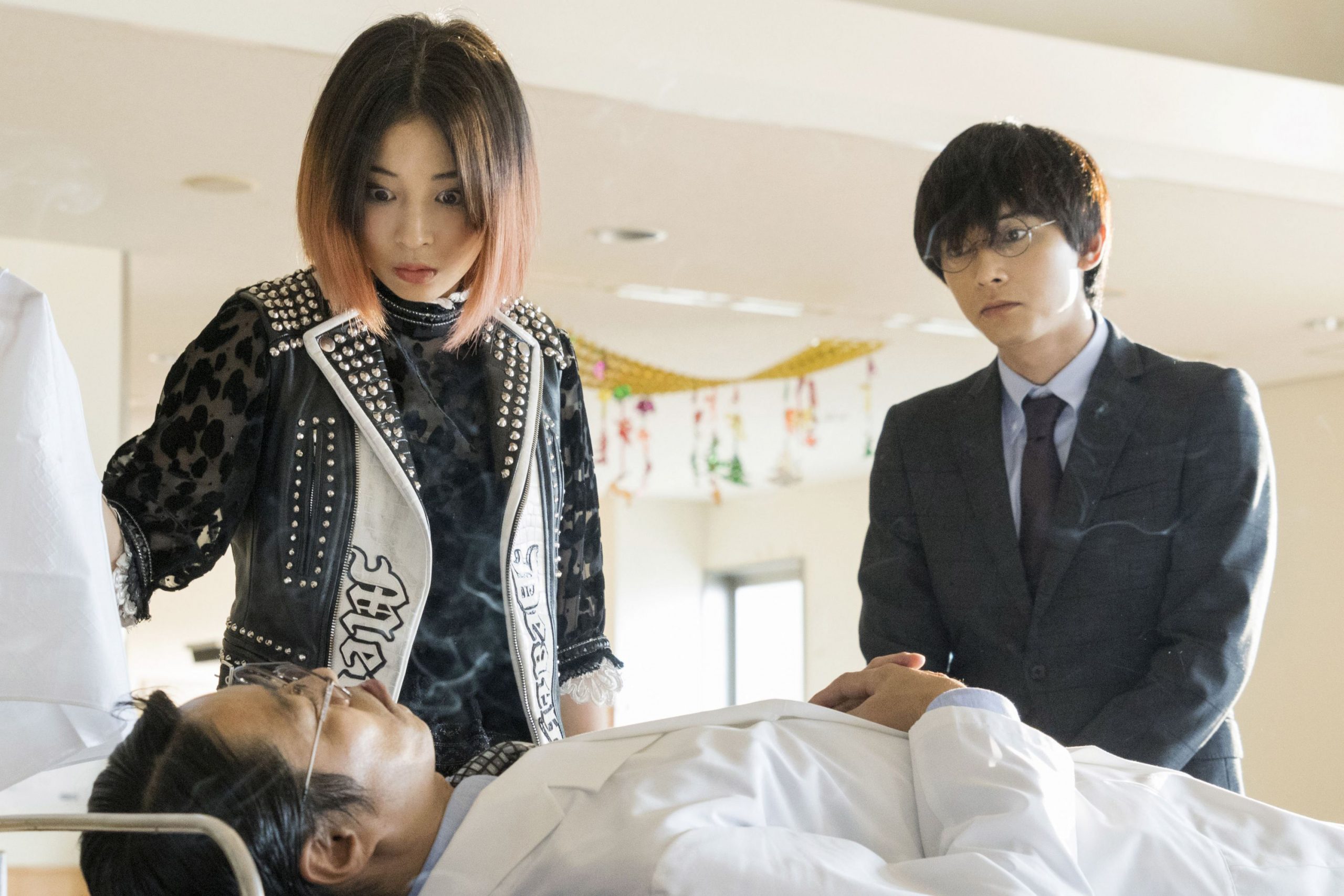 Not Quite Dead Yet isn’t exactly one of those Disney movies. It’s much funnier, to start with. But there is something of the feel of those films, family-friendly comedies with a bit of weirdness. The genre gimmick’s kept hidden from characters not in the know, and not explored. Different groups of zanies get involved in a chase. There’s a riddle that has to be unraveled. You could make an argument that the movie recalls old-school Hollywood ghost comedies, too; things like The Canterville Ghost, or Abbot and Costello’s Hold That Ghost.

There’s nothing wrong with any of this, and as I say this is for me a much better film than the gimmick movies I recall from my youth. But it’s interesting to note the way story structures reappear over time, and the way similar structures emerge from similar starting points. Not Quite Dead Yet is fundamentally a movie about family, about an estranged father and daughter at first pushed further apart by fantastic weirdness and then pulled back together, with a few hapless bystanders pulled in along the way. In that sense genre’s used to explore character, but it still remains a contrivance. 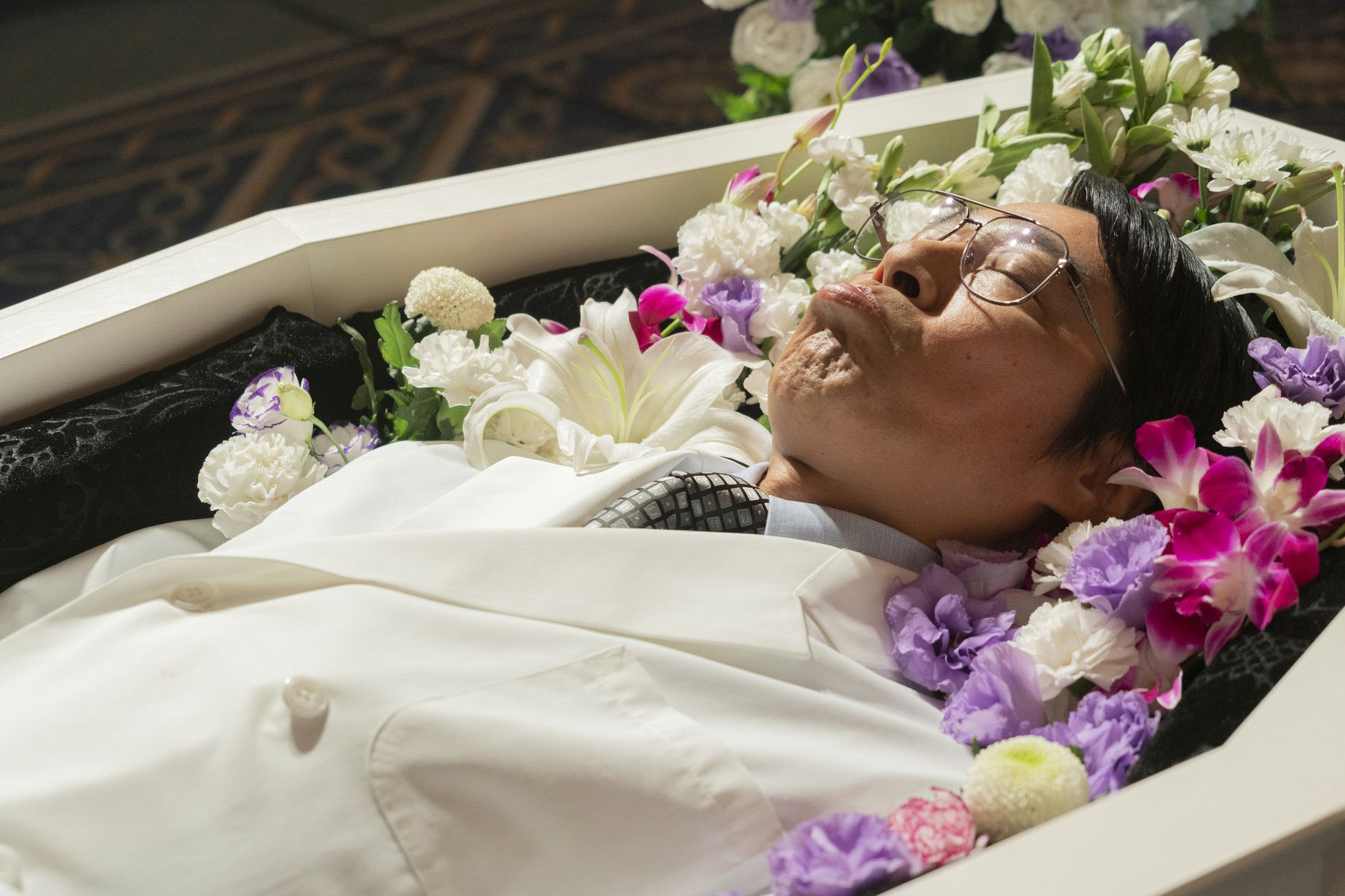 Most of what you might call non-standard aspects of the story remain contrivances, or superficial. Nanase’s career as a death metal singer, for example; an unusual choice, but one that’s an excuse for another subplot and another bit of wackiness to come in at the climax. There’s nothing wrong with that, but even the movie points out that her band’s not really playing actual death metal. There’s a pull toward the conventional in this film, or at least the socially normative, that does tend to undermine the wackiness a little.

Then again, it’s also in many ways a conventional movie. It’s predictable in a good way; once you get a handle on what kind of a film this is, you know roughly what’s going to happen. There are a few specific surprises at the climax, but the major plot beats are what you’d expect and come along where you’d expect them. Again, the material dealing with Nobata in the afterlife realms goes a little bit further than you might expect, but even there it’s in the service of a predictable plot point.

I don’t want to sound dismissive of Not Quite Dead Yet. This is a pleasant movie that does what it wants to do. The emotional beats work. Suzu Hirose finds a good balance for Nanase between wild-eyed goof and credible estranged daughter. Shinichi Tsutsumi as her father struck me as even more engaging, portraying a nerd who managed to hit big in business but remains in some ways unworldly. It plays out nicely, it’s funny, it’s engaging. So long as you don’t expect anything especially new or surprising, it’ll satisfy.