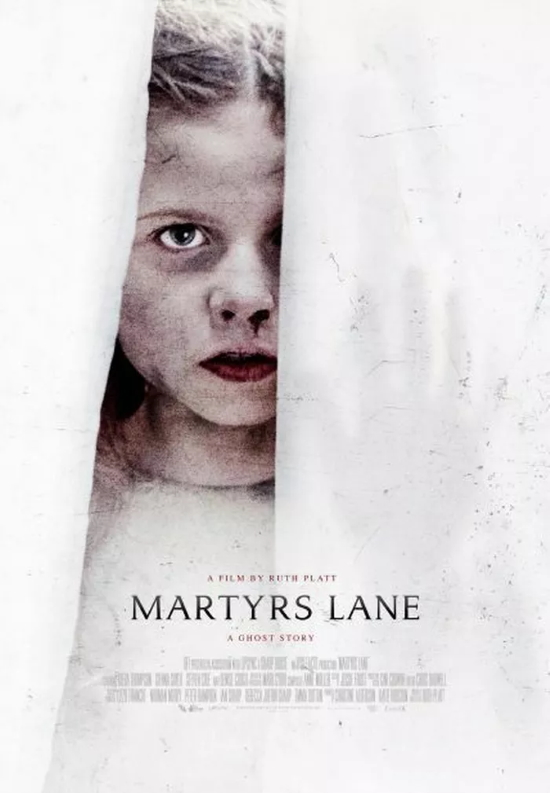 “Prophet” was written and directed by Reza Gamini; it’s an 18-minute horror short about the survivors of an attack from creatures drawn by sound. The monsters return periodically, killing people at the slightest noise. Which becomes a problem for babies and the parents of babies. This is a dark story about people responding to a brutal situation — refugees gathering on a beach, fearing the next attack, where previous waves of refugees have set up some social structures with basic rules. The cinematography’s striking, with harsh lights and shadows, and the dialogue’s tight and tense.

Bundled with the short was Martyrs Lane, a film from British writer-director Ruth Platt. Leah (Kiera Thompson) is a moderately unhappy tween daughter to an English vicar, living with her parents and older sister in the vicarage. And then she starts to see a winged ghost (Sienna Sayer) at night. The two girls, living and dead, strike up a friendship. They begin to play a peculiar game like a scavenger hunt, in which Leah goes searching for odd objects in odd places; and finds them. But what is their significance, one wonders, and what is the real game the ghost is playing?

There are some lovely narrative ideas here, like an M.R. James story with little girls instead of aging academics. And there’s some equally lovely technical craft, with strong sound design and cinematography that alternately washes the screen in light and freezes it in chilly hues. But for me the story doesn’t quite come together, because I found I was lost for much of the film, lacking some basic context with which to understand the story.

The movie makes a strong effort to avoid expository dialogue, which is usually good. But that’s taken to the point that I don’t understand the everyday life of Leah and her parents before the ghost arrives; the ghost in fact feels by comparison like something normal, something I understand. It’s clear that Leah’s unhappy with her life, but why? How seriously should we take it, and how much should we account it the typical unhappiness of a sensitive child? How much is her conflict with her sister deep and vicious, and how much is it for mutual show? Every time I felt I was beginning to have an idea of the answer to these questions, the film wrong-footed me. That can be a good thing, but in this case it tended to knock me out of the story, and to estrange me from Leah in ways I don’t think was intended.

I want to note that the acting’s very strong, and the young girls in particular are excellent. The movie has a solid focus on their characters, and both girls act their age and get across who they are in terms of their basic personalities. Leah’s very serious and not bratty, but some children are like that; she is the sort of person that she has to be in order to be receptive to the supernatural and the ghostly. It is this focus on her character, this strong understanding of what it makes sense for her to be in order for the story to take the shape it does, that makes it so frustrating to be baffled by her background and her situation. One wants to be able to understand her and the context of her life. But for me at least that context isn’t filled in. 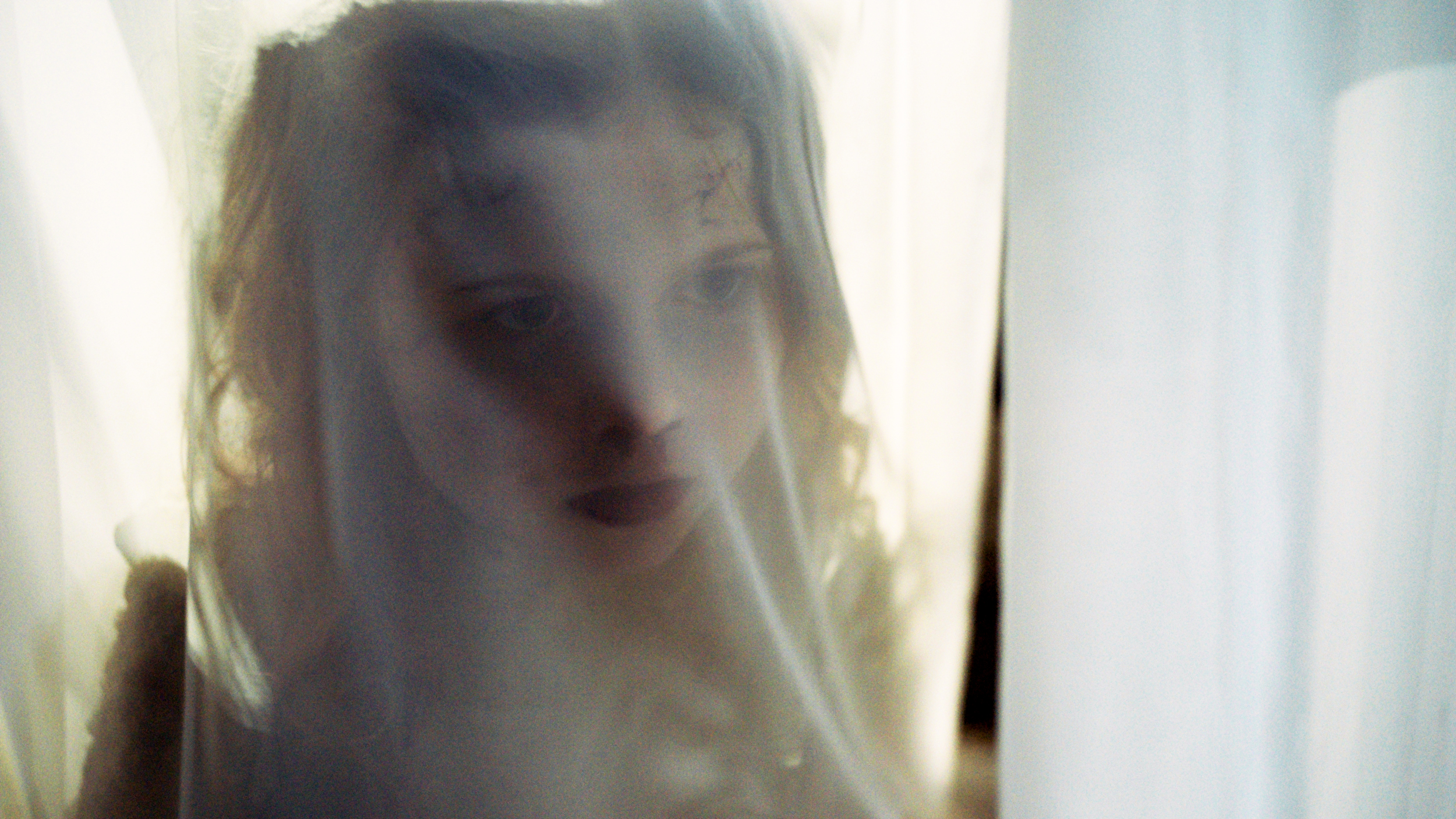 In part as a result of this the first act is slow. This is time that the film could have used to build up Leah’s background in the way I’d have liked, and it does try to establish who she is. But the scenes it gives us don’t add up to much; you get a general idea of the tensions in Leah’s family, but not the severity of them. And there’s a commitment to a grounded realism here, which has its virtues, but necessarily avoids building any obvious sense of the dramatic, or any fantastic or horrific atmosphere.

So the movie, paradoxically, only comes alive once the ghost shows up. And then you see the relationship between the girls, and how it builds, and how they fall into playing games together. And those games are marvelously evocative. The girls take turns telling each other two truths and a lie, and that framework becomes a way to get at a number of interesting things — including the peculiar scavenger hunt, as the ghost directs Leah where to find various puzzling items. The hunt’s a little odd; one wonders, once the significance of the various things becomes clear, why the things ended up in the various places they did. But it works to create a childlike sense of magic, the thrill of rambling over a large home space and finding odd things tucked away in mysterious crannies. 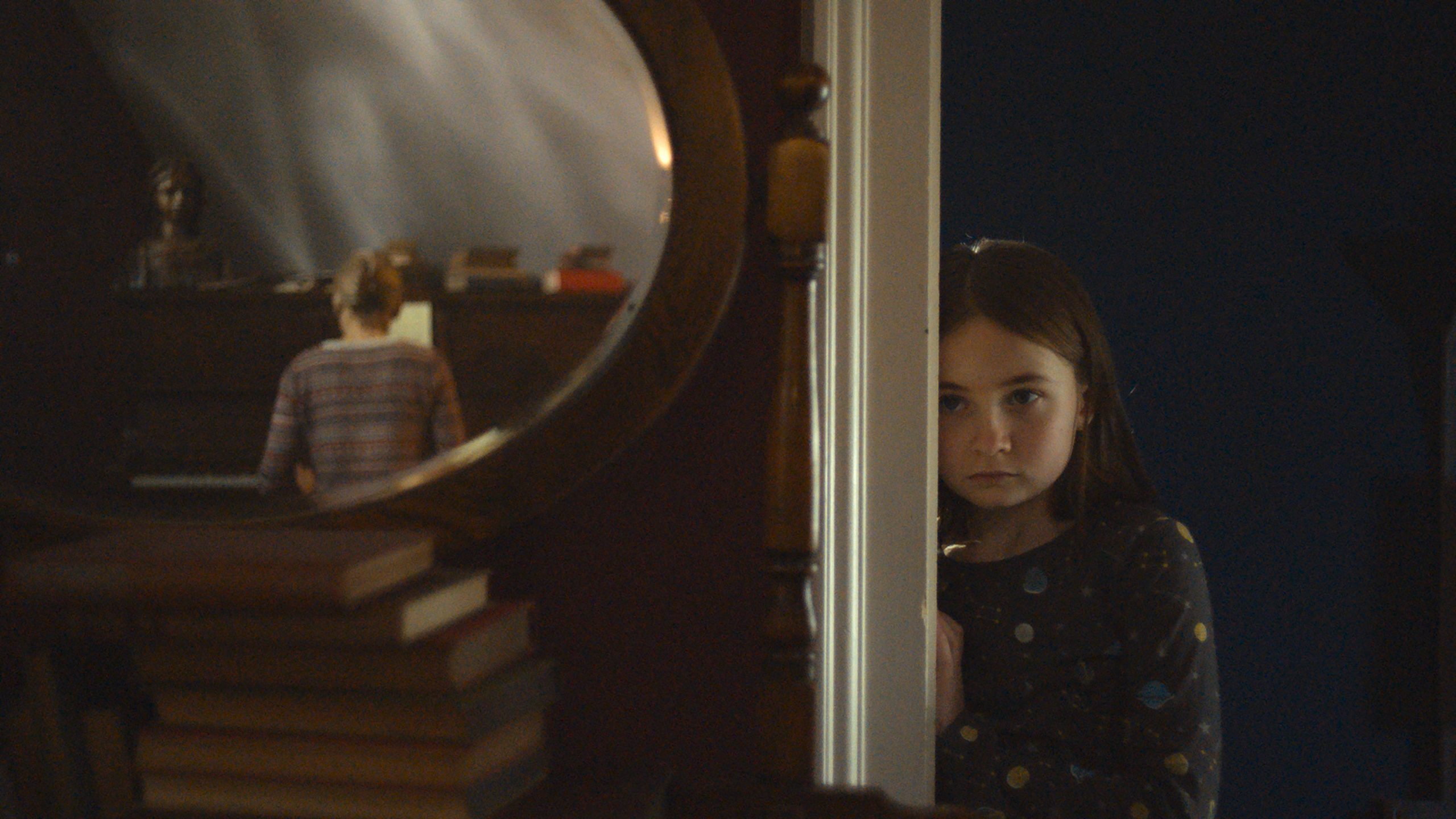 This is not primarily a story about the mechanics of ectoplasm; the details of how the ghost works are not necessary to the film and so unexplored. There is in retrospect a reason why the ghost appears to Leah, to do with a symbolic act of transgression in the first act, but in the moment we’re less concerned with that than we are with understanding the ghost as a person — who is this new friend Leah has found, and is she what she appears? As such the ghost works; tonally, she’s of a piece with the narrative. I did find it odd, though, that right before she shows up Leah’s older sister tells her a spooky story about ghosts from the time of King Henry the Eighth; I found myself wanting to see those ghosts, and was a little disappointed when a modern ghost, a ghost who lived and died entirely in the twenty-first century, appeared instead.

There’s a reason why she appears, a reason tied to Leah’s family. The film avoids making the ghost a purely subjective phenomenon, but does link her to Leah’s past. That link’s effective but nevertheless feels melodramatic, as though a secret was being kept from Leah that is in the end not much of a secret at all. Still, it’s narratively potent enough, with enough emotion around it, that it feels like the sort of thing that could conceivably draw a ghost — or, if you prefer, the sort of thing that manifests as a ghost. 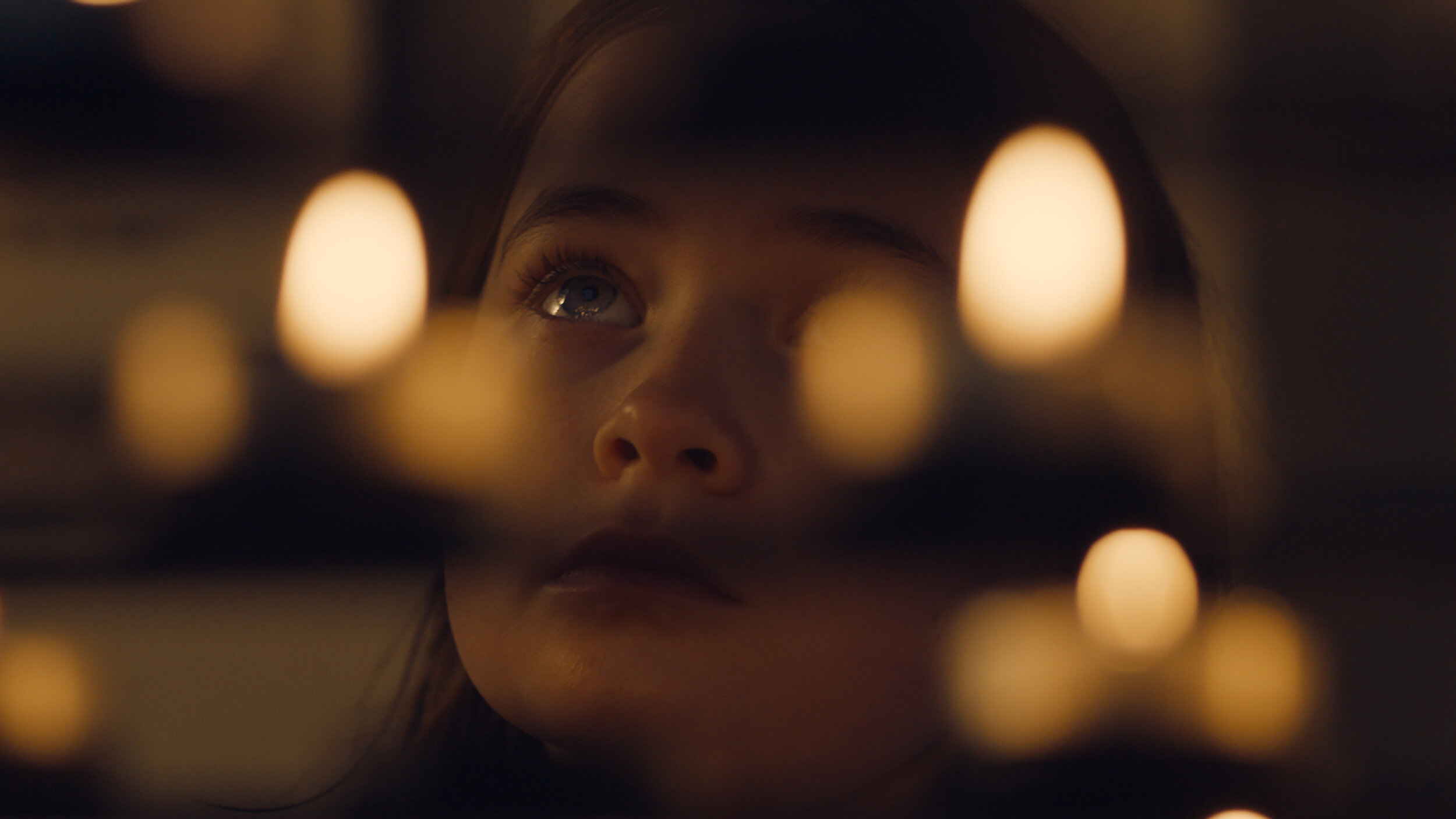 There’s a certain amount of thematic interest here in the act of digging up what was hidden. And often what’s hidden is everyday stuff, as in the scavenger hunt, or things that have to be assembled a certain way to have meaning. A martyr, etymologically, is one who witnesses; so the title of the movie’s about seeing things as they are. Hide them, and you end up with a haunting.

It’s conceptually strong. And the movie’s directed intelligently; the way the camera’s often positioned at a child’s height, immersing us in Leah’s world, is an effective touch (compare Gilliam’s Time Bandits, which did the same thing). Locations come alive, whether the sprawling spaces of the vicarage or gloomy forest. But the film’s contrast of realism and fantasy doesn’t quite work. The reality of Leah’s life isn’t defined well, and the fantasy borders on being too literal. There are a lot of good ideas here, and a lot of strong work from the director and actors. But for me it does not come together into a consistently successful story.