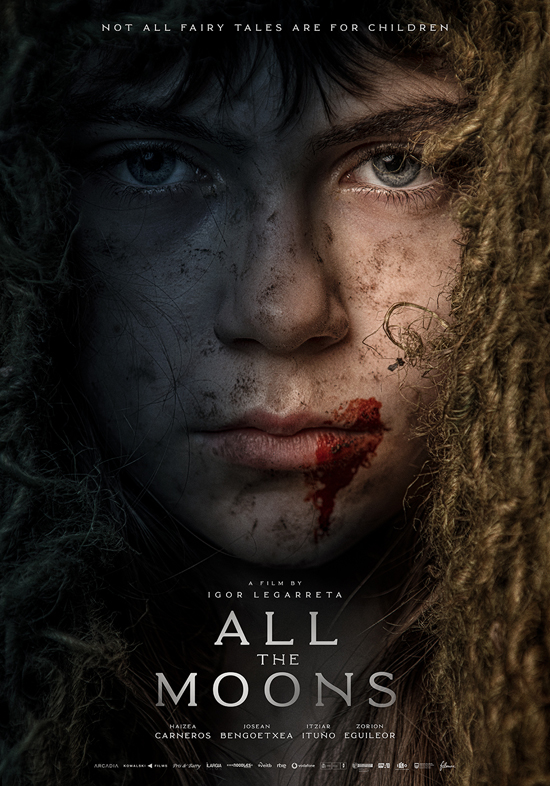 “She and the Darkness” (“Ella y la Oscuridad”) is a 13-minute Spanish film from director Daniel Romero, who co-wrote it with Rubin Stein. A janitor (Beatriz Arjona) suffering from extreme depression sees something unexpected during a stress-driven walk one night, a girl who should not be alive. Which discovery leads her into some strange and violent situations. This is another short that’s heavy on atmosphere and shadows, but has minimal dialogue. Often, as here, the attempt to tell a story purely visually results in points of incomprehension; we understand the girl means something to the woman, but not exactly what. In turn, again as here, this insistence on the visual at the expense of the verbal ends up with a well-crafted but frustrating film, as the audience is left to imagine possibilities never paid off by the movie as it actually is.

Bundled with the short came All The Moons (Todas las Lunas), a Franco-Spanish co-production directed by Igor Legarreta and written by Legarreta with Jon Sagala. In Spain in 1876, the violence of the Third Carlist War leaves a young girl (Haizea Carneros) alone and wounded. A woman (Itziar Ituño) offers to cure her pain, and does, but what she does to the girl causes other issues — including flesh burning when exposed to sunlight, and a sudden aversion to garlic soup. The girl ends up separated from the woman, but finds another surrogate parent; and then risks losing him as well.

The movie’s very much a dark fairy tale, and an excellent one, at that. It divides nicely into three parts that map to a three-act structure: the first introducing the girl and woman and then dividing them, the second showing the girl trying to fit into a new situation and new community, the third set yet later in time and presenting a conclusion to the story that brings everything full circle. It’s well-planned, but not predictable. At any rate, the structure is less the point than the emotional beats. And that works; this is a touching movie that’s carried by an excellent performance from Carneros, a tight script, a detailed soundscape, and expressive imagery. 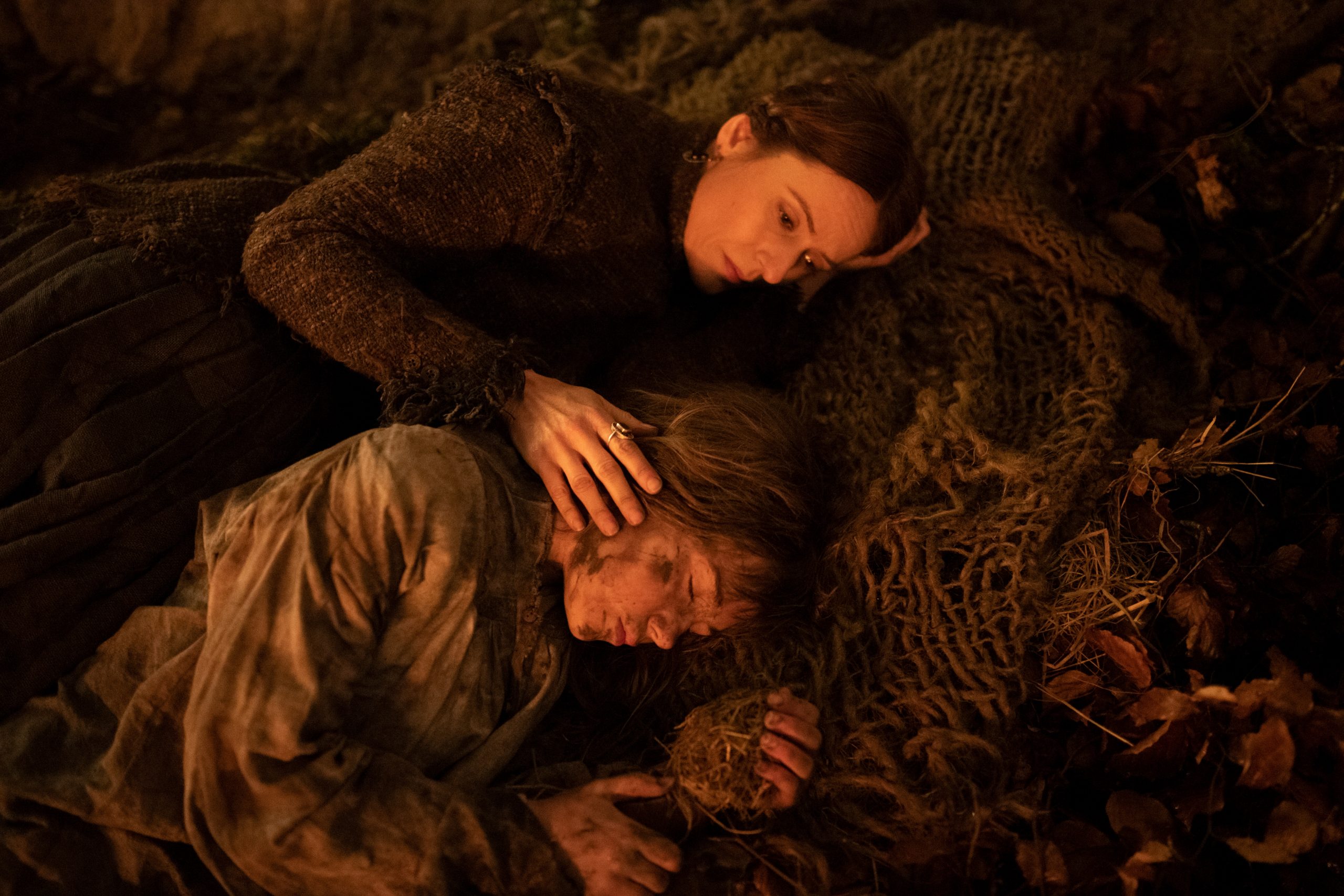 The film’s distinctive, but there are comparables. I note some peculiar similarities to the recent Midnight Mass TV series from Mike Flanagan, in that this is a story about a certain kind of very familiar monster that does not use the name of the monster, and in which the original monster (who is the cause of monsterism in others) is identified by another character as an angel. That’s clearly coincidental not only because of the timelines but because the feel of the stories is otherwise very different. There’s a far greater similarity to Let The Right One In; again the same kind of monster, with a gamine preadolescent as one of the leads (though there’s no gender ambiguity here as there is in Let The Right One In), and with a tight script that is less concerned with the rules of the monster’s nature than with finding some kind of acceptance from others.

All The Moons is quite different, though, not least because of the period aspects. It unfolds in three different eras, one per act, and while the times come across as distinct there’s also a general preoccupation with the way they’re shaped by war. The movie’s partly about individuals caught up in history, then, and the way politics on the macro scale shape individual lives. Or put another way, it’s a story of someone finding her way through a larger world. 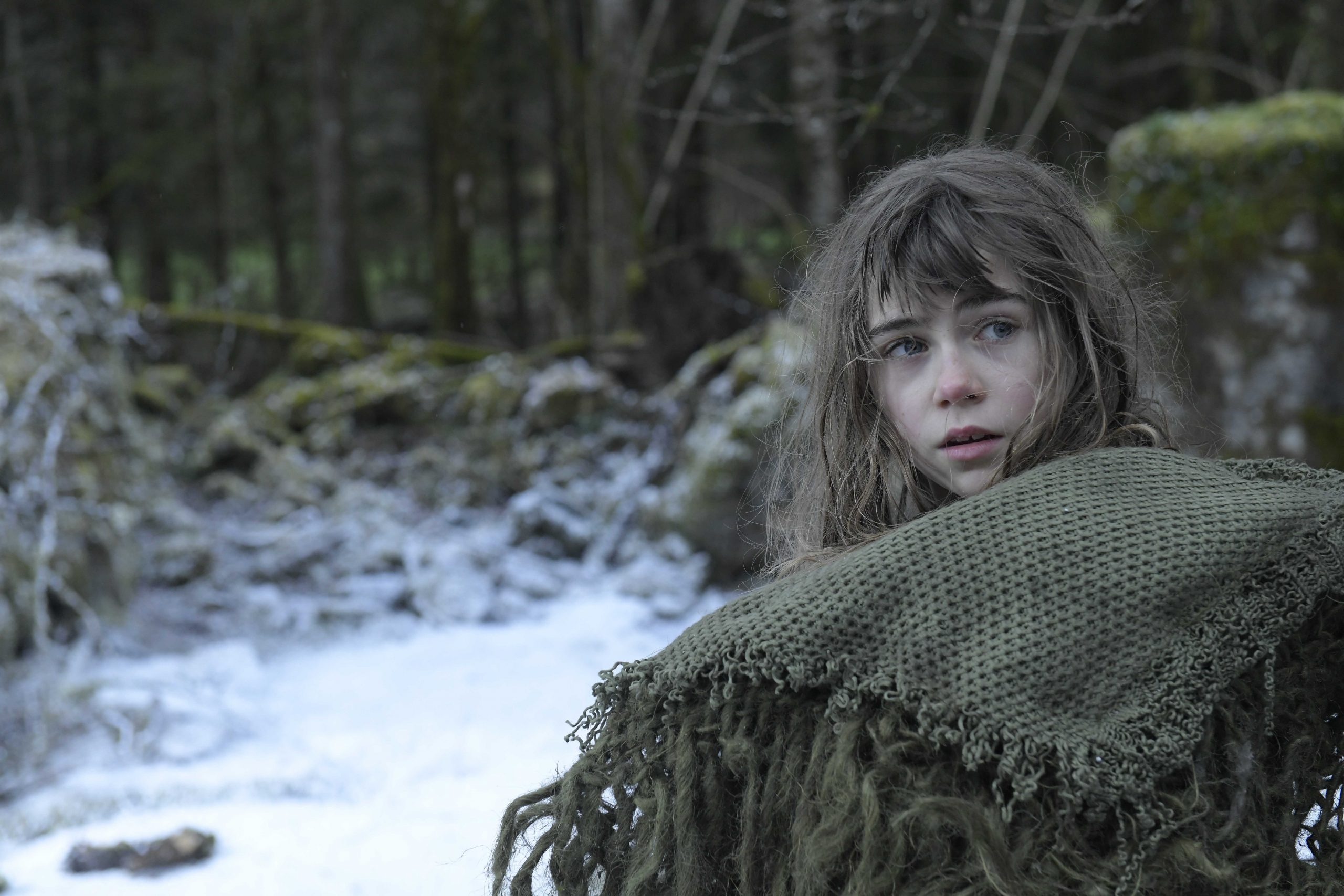 It’s also a genre story, and one that doesn’t merely use genre but is born out of it. It’s a story about a character and themes relating to that character that are inseparable from the story’s horror and fantasy elements. Those elements are presented intelligently, giving us just enough information that we understand what we see without being confused about the possibilities they open up. And the emotional effects of the film, our responses to love and death, are heightened by the fairy-tale elements.

I stress the power of the genre elements as it’d be easy to become lost in the mood of the movie, and it’s important to respect the intelligence of the genre and plot. Because the brooding intelligence of the cinematography (by Imanol Nabea) is constant, and the most immediately obvious thing about the movie. The film’s not just beautiful, and not just constantly developing powerful and somber moods, but has a knack for finding just the right image to establish character and theme. 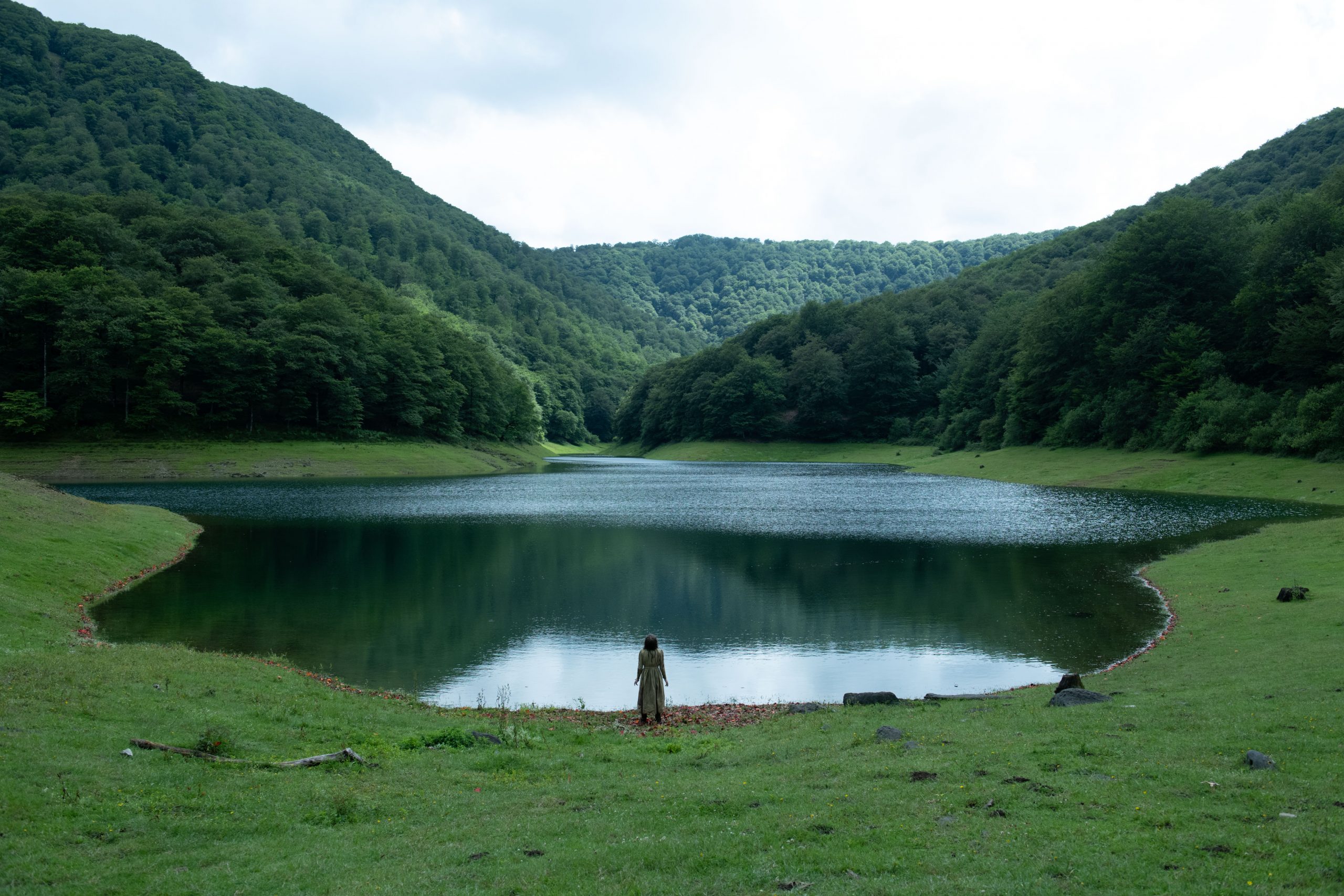 One of the things the movie talks about, for example, is coping with pain — “pain is a crack, let the light shine in through it,” urges one character. That comes across visually in the image of the girl slowly building up an ability to walk in the sun, over the course of years exposing herself to sunlight a bit at a time, sloughing off burned skin like a snake until she’s able to tolerate the day. This becomes useful plotwise to set up the second act, but it’s powerful in terms of character and theme, and the imagery that establishes it without words is striking.

The movie’s got other things on its mind, too. There’s material here about dealing with a community, I think, and dealing with individual other people. The nature of war and fear is here. But this is also a very unusual coming-of-age story, one literalised in the movie’s closing frames with an allusion to the title. The movie’s about change, then, and the nature and process of change. It ends as it began with a brutal war, but if societies refuse to grow, individuals still can develop new maturity if they’re prepared to accept pain. 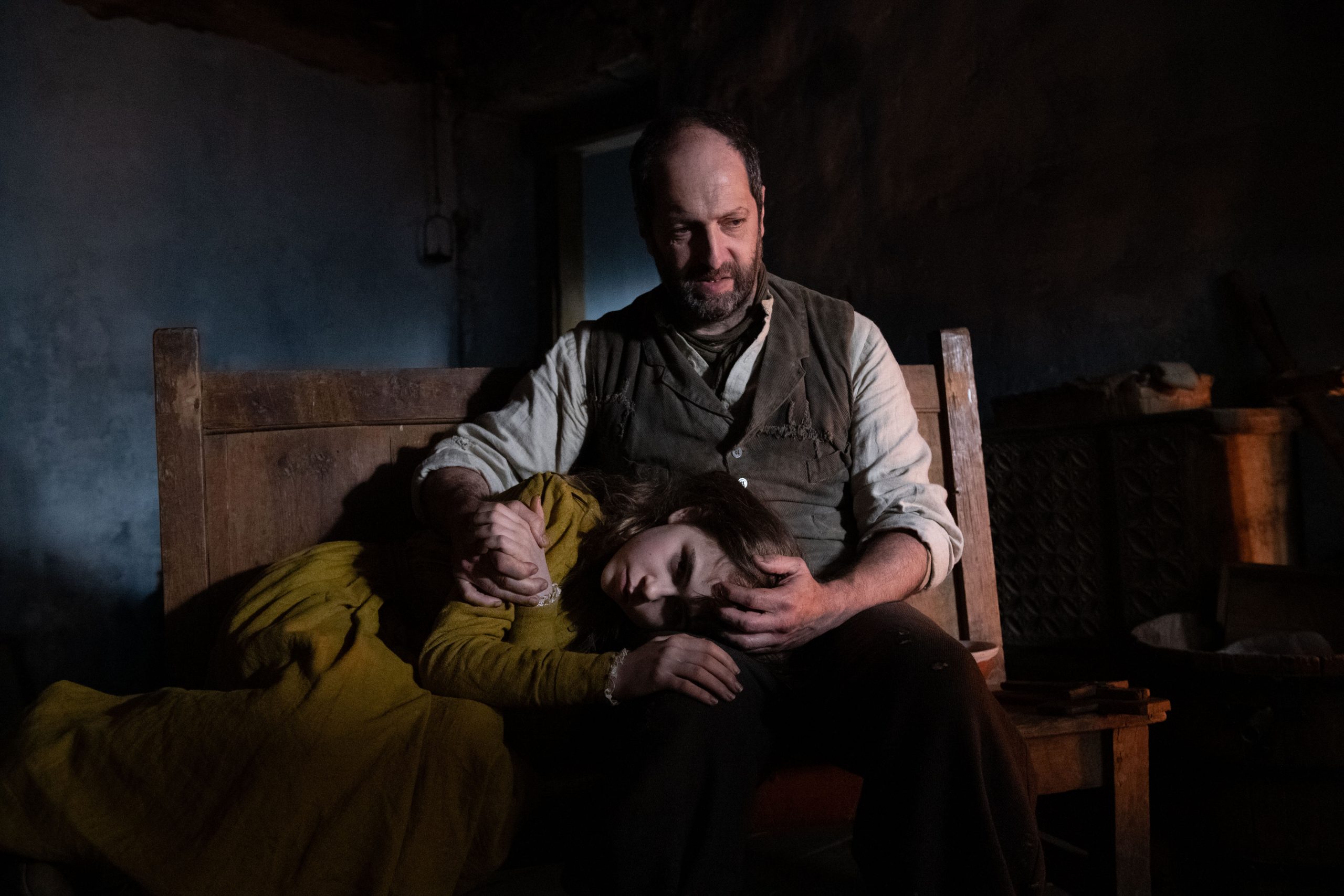 I will note that the film has a slow pace, especially in its opening act. As the story goes on, it doesn’t so much increase in speed as in depth, so that the slowness has a use — we have time to take in the things we see, and ponder them, and consider how the characters feel about all of them. We can work out what to make of the strangeness; the movie avoids any kind of facile attempt to evoke fairy-tale awe in favour of letting us choose for ourselves how to react to the wonders and terrors and everydayness that we see.

It’s an effective choice. The movie’s not just a good story with its own spin on classic horror stories, and indeed not just a good fairy tale, but becomes a myth that works by its own logic without needing to articulate exactly what that logic is. Without vocalised plot mechanics, things unfold with a just-so beauty. There’s a touch of Cocteau’s La belle et la bête in the way magical things can happen without being explicitly set up and still feel natural and right. Any film that approaches that one is doing something valuable; All The Moons is more engaged with horror, but it’s also in that lineage of classic fantasy cinema, and it’s powerful work.