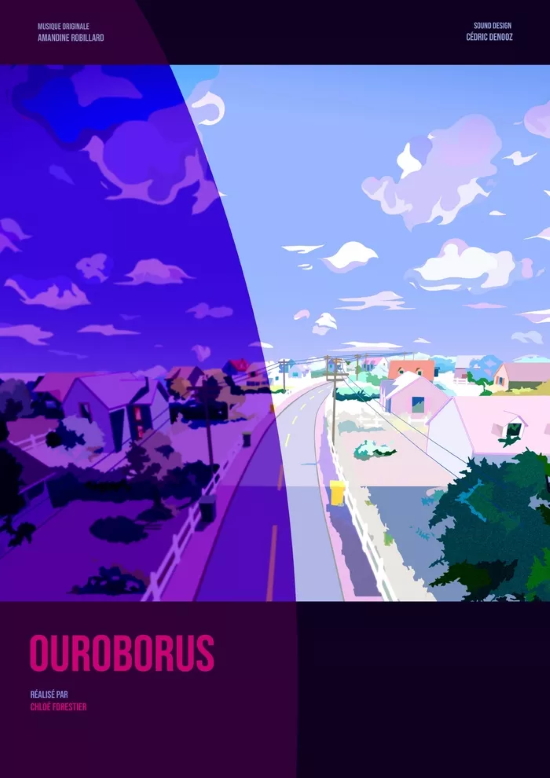 Each year Fantasia dedicates one of its short film showcases to animation. The 2021 edition was playing on-demand throughout the festival, and when a hole in my schedule opened up, I was happy to plug it with this year’s Circo Animato, a selection of 13 films from 7 countries.

“Ouroboros,” from France, led off. Written and directed by Chloé Forestier, it’s a lushly-coloured three-minute piece. Like many of these shorts, it’s 2D animation with no dialogue. On a pleasant afternoon, a depressing purple goop or shade begins to swallow up a town. But, as we see, sometimes when faced with a despairing situation simple action can be a start. It’s a nice parable about breaking out of old habits; you can watch it here. 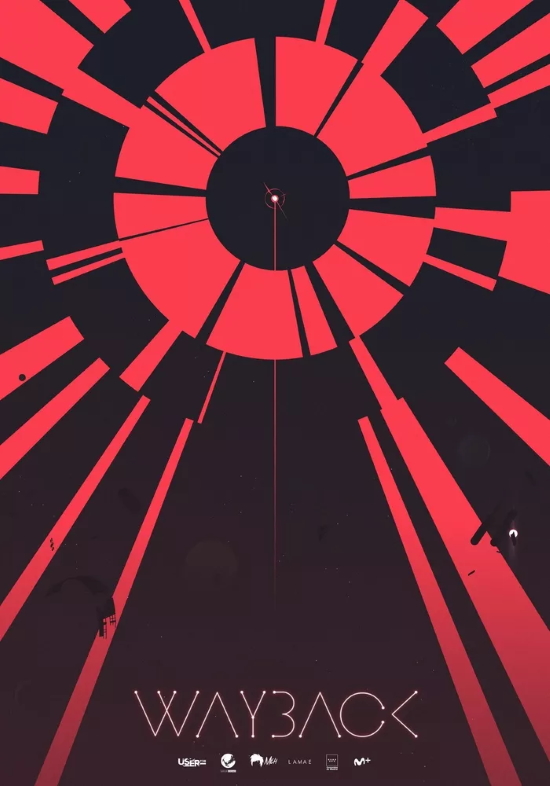 Mexico’s Carlos Salgado gives us the eight-minute “Wayback,” which is filled with stylish science fictional visuals. An explorer on a distant planet is on a quest in dangerous territory; he finds what he’s after, but then comes the trip back and what is after that. It’s utterly lovely, and the imagery also gets across a lot of detail very briefly. This is another piece with no dialogue, and I’m not sure it helps the story here; I was perplexed at a couple of points, and while normally it’s good that a story does things one does not expect, here I occasionally found myself thrown out of the movie.

“Upcycling” is a four-minute relay race by creators from South Korea, Japan, and France. Anne-Lou Graoww, Song Hayoung Elaine, So Hi-jeong, Yoo Kaitlen Haeun, Oh Sun-kyung and Satoe Yoshinari are the six directors who collectively tell a story about recycling, starting with a girl tossing away a plastic cup at the beach. It’s a quick tale told across a swirl of styles, odd and unpredictable enough to work. 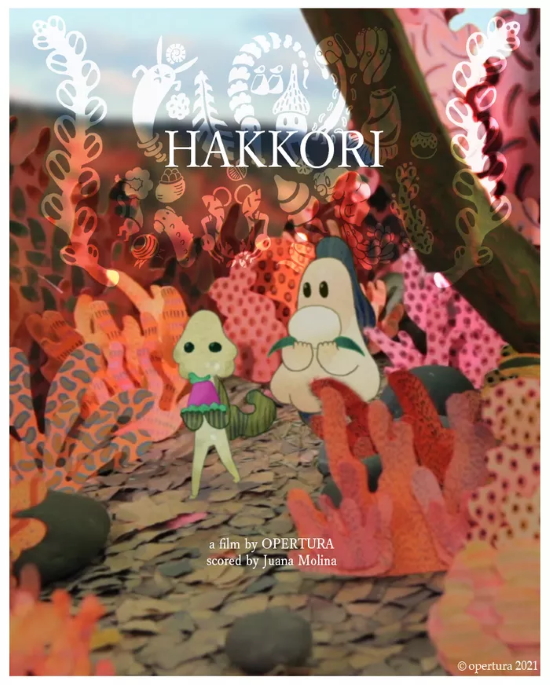 “Hakkori” comes from America and Japan by way of Jason Brown and Aya Yamasaki. Odd hand-drawn monsters set off across a photographic plate of nature bearing an offering of harvest foods, and enter into an animated world of spirits. There, the main spirit takes their offering and releases new spirits into the world, and events unfurl. I was, again, left baffled by the wordlessness; and I found the electronic soundtrack annoying. Still, there is visual invention here to spare. 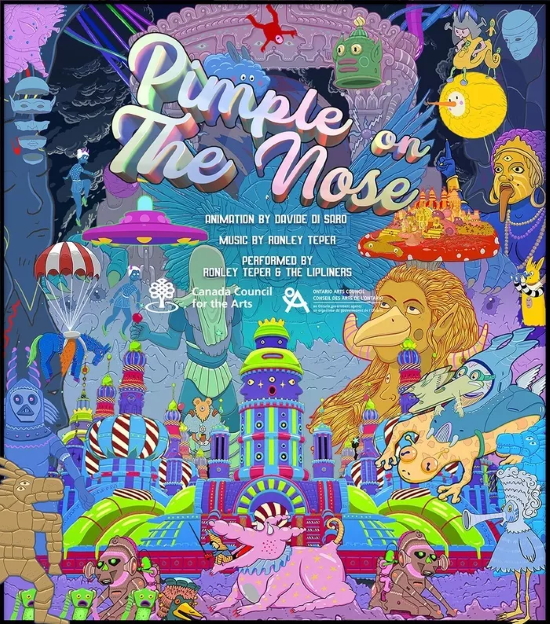 Montreal’s Davide Di Saro followed with his animated video for Toronto’s Ronley Teper and her four-minute song “Pimple On the Nose.” It has nothing to do with pimples, being instead a shockingly-coloured 2D odyssey through a phantasmagoric space filled with monsters. It’s marked by playfulness and visual exuberance. 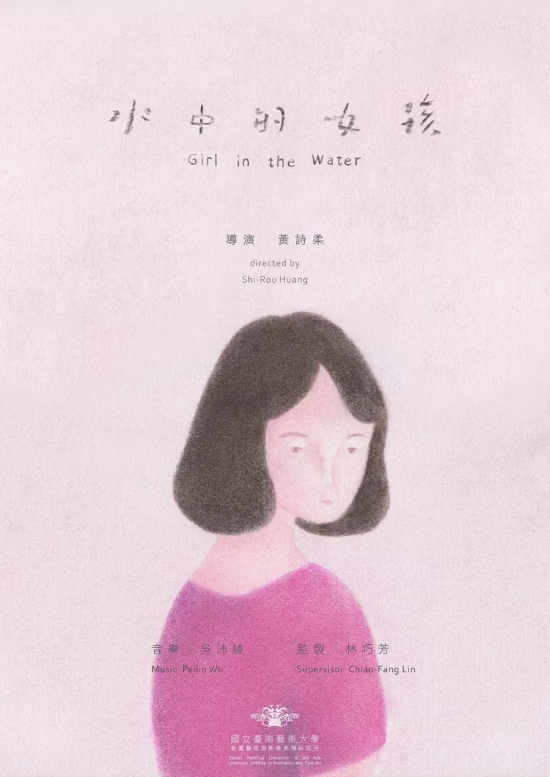 “Girl In the Water” was written and directed by Taiwan’s Shi-Rou Huang. It’s seven minutes of interlinking images of a woman in a bath, in which a boat sails; there is a crack in the wallpaper; there is a cut on her leg that looks like a crack in the wall. The transitions are visually startling, but narratively baffling. I was left confused by this one; the Fantasia description suggests it “memorializes a relationship,” which could work but is not something I would have got from the film itself. 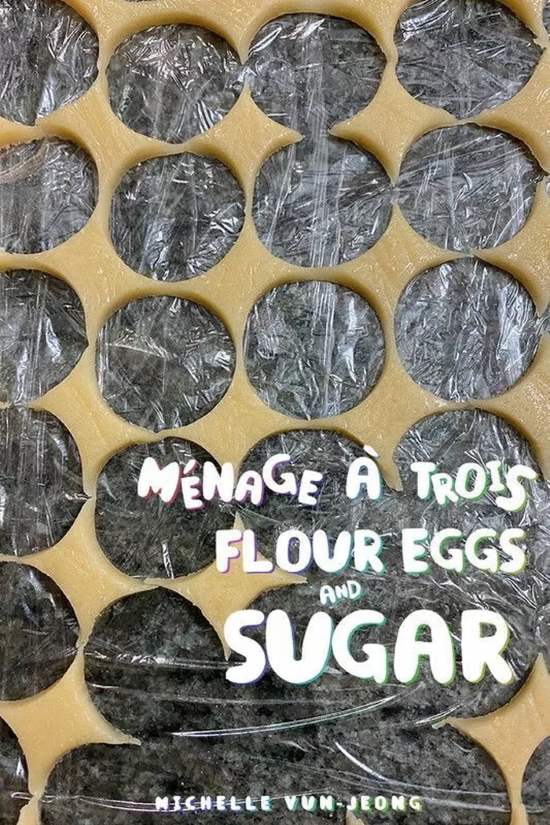 From the US and South Korea comes “Ménage à Trois: Flour, Eggs And Sugar,” by Choi Michelle Yun-jeong. It’s a cute two-minute stop-motion piece in which ingredients assemble themselves into baked goods, to the accompaniment of classical music. Short and, well, sweet. 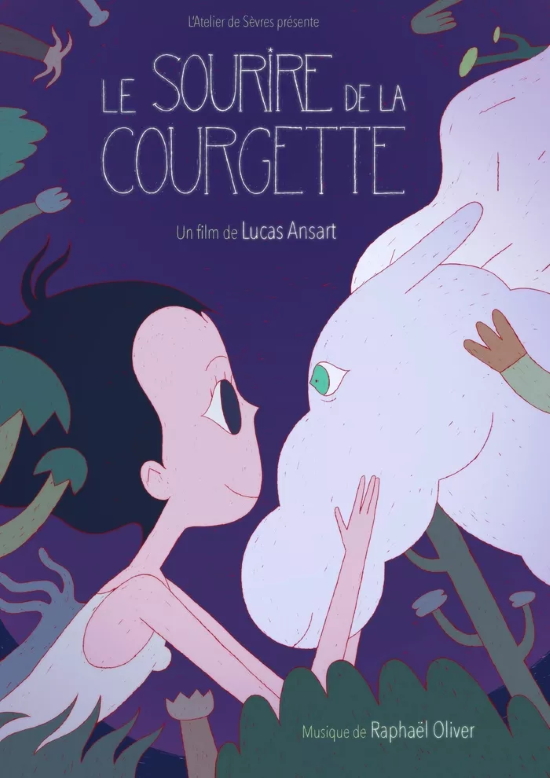 “Le Sourire De La Courgette” (literally “The Smile Of the Zucchini”) comes from France courtesy writer-director Lucas Ansart. It’s a seven-minute piece that follows a young woman or girl with a cat-man companion who traps lighter-than-air cloudlike quadrupeds to harvest rain from them; the young lady has a better idea, and the film follows her, exploring the peculiar ecology of its make-believe world. It’s a fine story told in simple 2D animation featuring some fine simple linework and engaging designs. You can see it here. 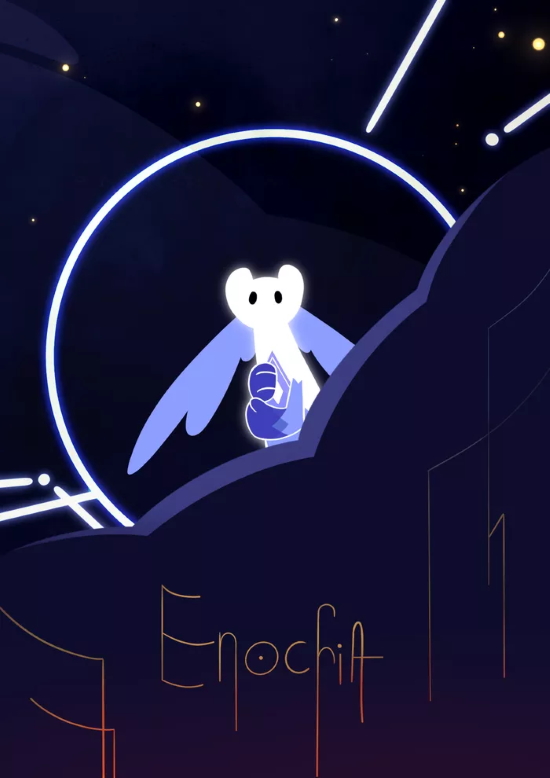 “Enochia” is a five-minute story from France’s Noémie Bevierre; it begins with the death of a warrior, and follows his soul into an afterlife where playful celestial beings have their own uses for spirits — but the story does not end there. It’s a magical tale with luminous colours, and an ending that hints at a bigger story (complete with post-credit sequence). Rather than give more detail, I’ll encourage you to watch the film here. 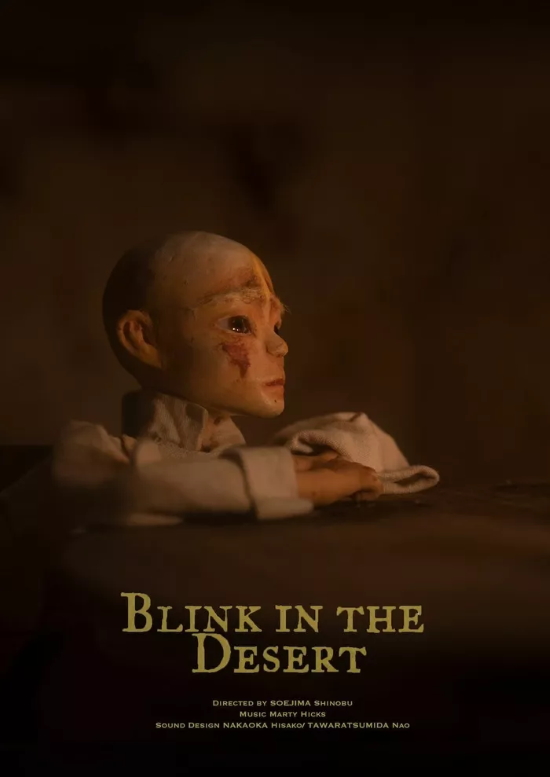 Japan gives us “Blink In the Desert,” an 11-minute piece of stop-motion directed by Shinobu Soejima. A young hermit in the desert lives with an elephant; one day he crushes a bug; consequences ensue. The concept here is fine, but again I found it difficult to work out what was going on. I didn’t have the background to understand what to make of any of the characters I was watching, so could not figure out what meaning any of their actions had. 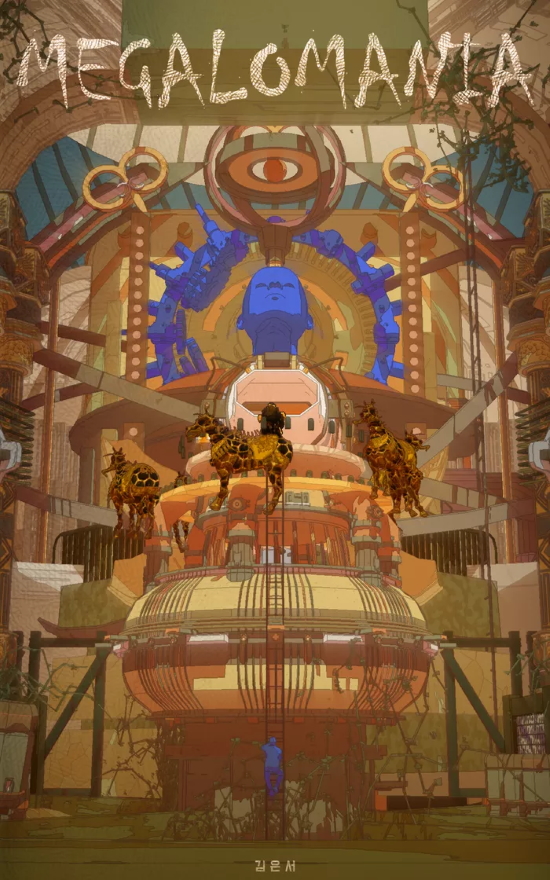 “Megalomania” comes from Korea and Kim Eun-seo. It’s a seven-minute journey into the mind of a hospital patient, and it’s startling to look at, a steampunk wonderland envisioned through 3D animation. There’s a real emotional power in this journey through the psyche, with a variety of settings that connect up intuitively, and a quest mystery that takes our silent protagonist through these interior lands. 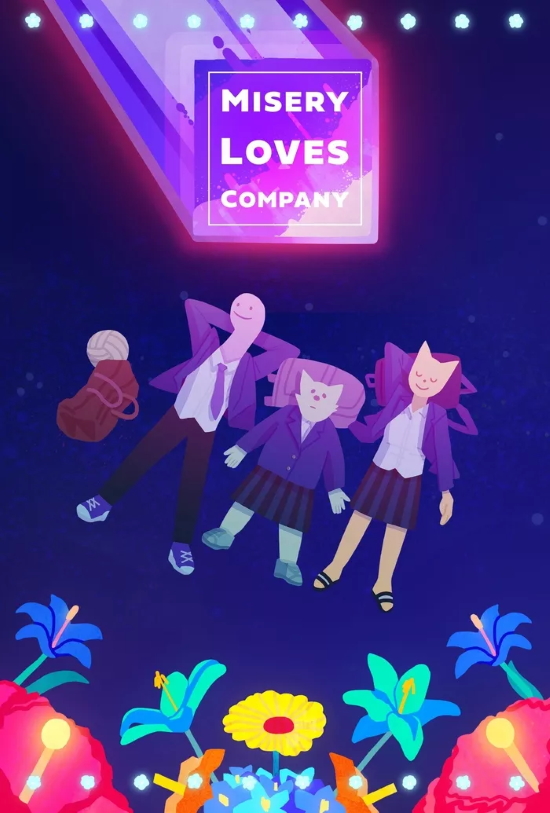 The US and South Korea give us “Misery Loves Company,” a three-minute traditionally-animated piece from Lee Sasha. Three depressed anthropomorphic cat schoolkids watch the skies, and talk about death, and listen to a song. It’s quick but effective and colourful. 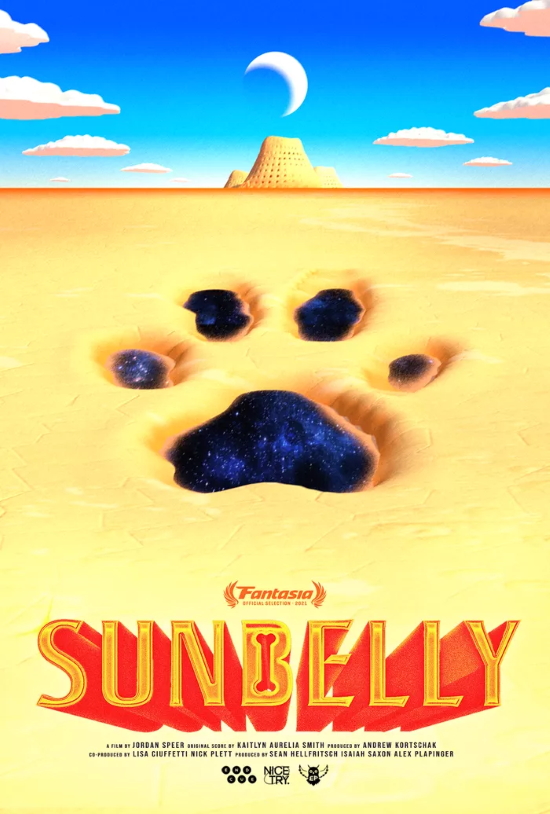 The 16-minute closer to the showcase was “Sunbelly,” an American production written and directed by Jordan Speer. It’s a wild story in which space dogs travel by spaceship to a ruined planet where the bugs have taken over. A conflict over the ruins ensues. It’s a lovely mix of new techniques and old (at least it looks like an airbrush was used), with imagery reminiscent of classic science-fiction films most especially including the Heavy Metal movie. There’s a distinct taste to the psychedelia, a trippy desert look that gives it an individual personality. It’s fun and exciting and large-scale and builds to an explosive conclusion.