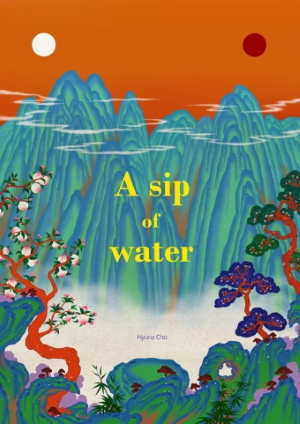 Among the pleasures of the Fantasia Film Festival are the showcases of short films. Some of these feature-length collections get a new iteration every year, while some come and go depending on what’s submitted to the festival. Fantasia’s programmers have a great sense of how to group shorts together, meaning not only are the annual showcases reliably strong work, but new themes are bound to present work of major interest as well. So one of the things that intrigued me the most when I first saw Fantasia’s 2021 schedule was Radical Spirits, a collection of six short films about (broadly speaking) traditional ways of being and traditional spiritual paths. I decided to make it my second viewing of the festival.

The first piece came from Korea: Chu Hyun-a wrote, directed, edited, and animated “A Sip of Water,” a fine 7-minute animated film about the role of shamans in the modern world (like many of these shorts, it’s not on IMDB.com at this writing, so I can’t find the original Korean title). The 2D animation flows from one image into another, with lovely colours and linework. A Korean shaman discussing her perspective on her profession is fascinating — “I am unusual,” she says, “because gods are in me, and I deliver the gods’ message” — but the visual experience is a fitting complement. Recurring water imagery gives the short a rhythm, while it also develops the idea of shamanism in the modern world. Overall it’s a powerful representation of the spiritual experience of shamanism. 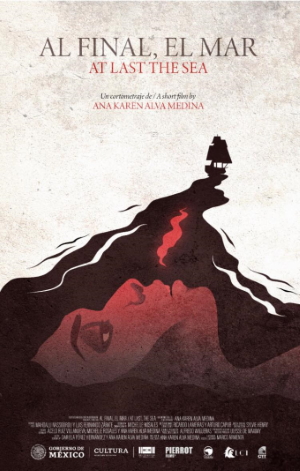 Ana Karen Alva Medina directed the live-action “At Last, the Sea” (“Al final, el mar”), which was written by Dariela Pérez Hernández. Set in Veracruz in 1700, and apparently based on an actual legend, it’s the story of a woman imprisoned for witchcraft facing abuse and a death sentence. It is an atmospheric and haunting story, something like a 13-minute tone poem. The overall shape of the plot’s reasonably clear early on. But the exact form it takes, the final actions of the woman at the centre of the story, give the film an individual definition. So does the cinematography (by Michelle Rosales), the sound design (courtesy Arturo Capur and Ricardo Lameiras), and the haunting soundtrack (composed by Sylvie Henry).

“Lifeblood” followed, a lovely meditation on place in New South Wales, held together with a loose narrative about a family and the persistence of generations upon the land. Directed by Nicholas Tory, it’s written by Tory, Dot Martin, Jonathan Nix, and Phil Sullivan. The animation’s beautiful, incorporating different techniques and easily ranging from mythic cosmology to a family road trip. As much as it’s about the location now called Bourke Shire, it’s also about the history and perseverance of its inhabitants and their beliefs, and about the relation there of settler and Indigenous peoples. There’s a voice-over (from Nardi Simpson) that tells us of the place, and the animation’s a stellar visualisation of what we’re told, using recurrent imagery of stream and serpent and road to tie together what we are made to know — and even the narrow aspect ratio of the film seems to echo this imagery. The end reveals who’s telling us what we’re learning, and why, and seems to point to the potential of healing for the future. 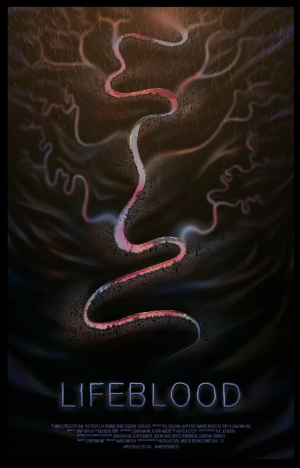 “Mergen,” from Kazakh writer-director Raiymbek Alzhanov, is a thriller from the history of the Asian steppes. An army of the Dzungar people has made an incursion into another people’s land; a boy caught with his family in the middle of this war must make a terrible choice. This is a well-shot movie that captures winter very well. It’s also structured oddly, as I read it, which I wasn’t sure was the best way to make use of its 26 minutes. But the tone here is strong, with a good sense of folk magic giving an intriguing depth to what might have been otherwise a more straightforward adventure, and emphasising themes of family, war, and tradition.

Shicong Zhu wrote and directed “Snake Trail,” which follows a Chinese girl who tries to honour her dead mother despite the obstacles of modern bureaucracy and the scientific worldview. Mona (Yuan’er Chen) is devastated by grief over her mother, and in addition to being powerless to keep her mother alive, as an illegitimate child she must deal beyond that with a lack of power to honour her mother’s memory in the way she believes to be right. Good visual storytelling and the strong performance of the lead bring out a powerful sense of grief, and an idea of the determination needed to find a solution from the margins. The story maintains an effective ambiguity between magic and imagination, ending well without feeling a need to prioritise one over the other, and so creating a sense of a world in which all things can be true. 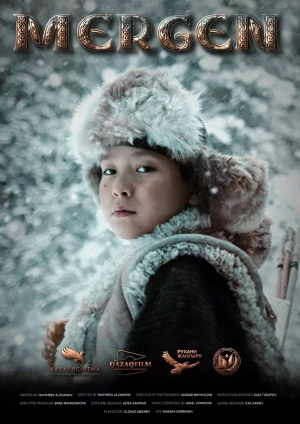 Finally came Kim Ilhyun’s “Good For You,” a six-minute 2D animated piece giving an impressionistic depiction of a Korean shamanic rite to wash away impurity. It’s an exercise in line, colour, and especially motion. Abstraction works here, creating an engaging experience — and one that was perfectly placed in this showcase, ending the experience and sending the viewer away refreshed.

If the ordering of the shorts give the showcase as a whole particular power — two brief animated works about Korean shamanism making excellent bookends to open and close — there is also strong work in each individual piece. And maybe what is most impressive is how each film develops its distinctive atmosphere. In each short sound and lighting and editing and all the aspects of cinema are deployed with real craft to develop emotion, and indeed to develop a range of emotions over the course of the narrative. These pieces are all dramatic works, to a greater or lesser extent, and drama is intimately linked to ritual; so these shorts, each exploring in their different ways themes to do with ritual, make a coherent whole — each piece helps to inform the way I read every other piece. Which is the mark of a strong anthology.