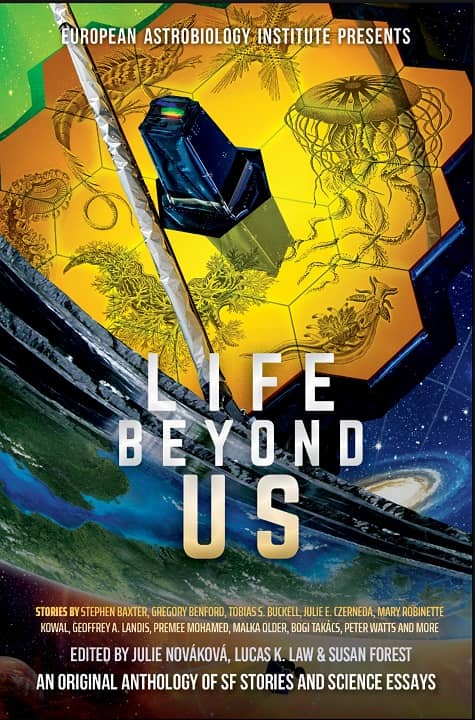 Hey there, Black Gate people! Breaking from my usual pattern of reviews and interviews to let you know about an awesome anthology being Kickstarted right now: Life Beyond Us: An Original Anthology of SF Stories and Science Essays. Award-winning Canadian publisher Laksa Media has partnered with the European Astrobiology Institute (EAI) and the European Science Foundation to bring this to life, and they are so close to being funded. The Kickstarter closes May 12th, so there’s only a few days left to get in on this project and help it succeed!

It feels like the past year has seen a ton of excellent anthologies on Kickstarter, and not all of them have made it, unfortunately. Besides the ToC, I love the motivation behind the anthology and the backer rewards being offered. If you can, please consider backing the Kickstarter or signal boosting it to your friends!

Here’s some more info, direct from the editors.

Scientists and science fiction authors are combining talents to create Life Beyond Us, an anthology of SF short stories, to promote education and understanding of science through the book’s casual reading as well as its use in summer schools, workshops, and innovative outreach projects. Each story will be accompanied by an essay (by scientists working on the origins of life, habitability, and life detection) to outline the actual science explored by that story. It’s more than just another anthology — it’s science education, which our world can really use right now.

Rewards available for project backers include stunning experiences not available elsewhere, such as virtual tours of the Very Large Telescope (Atacama Desert, Chile), an astrobiology lab doing microbe research (Extraterrestrial Oceans Habitability Lab); a music and astrobiology show; helping to design Julie E. Czerneda’s alien for her next SF novel; a fun astrobiology talk for your classroom or club; conversations with some of the big name authors (as well as Zoom AMAs, story critiques and more).

The European Astrobiology Institute plans to release the book in September 2022: fitting, given that European Space Agency’s rover Rosalind Franklin will be launched to travel to Mars that month. 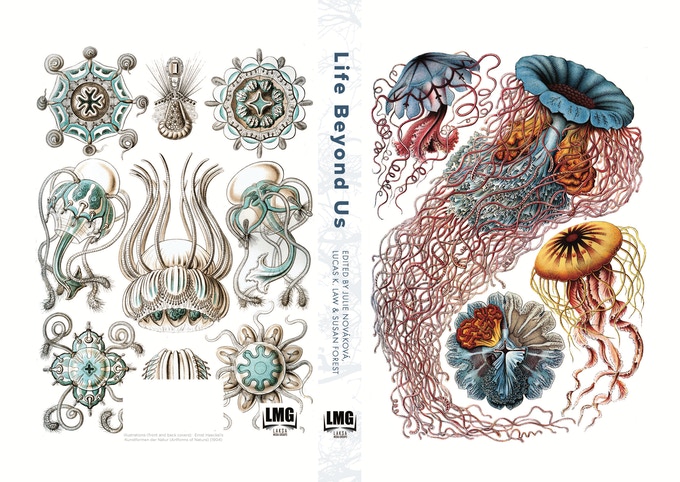