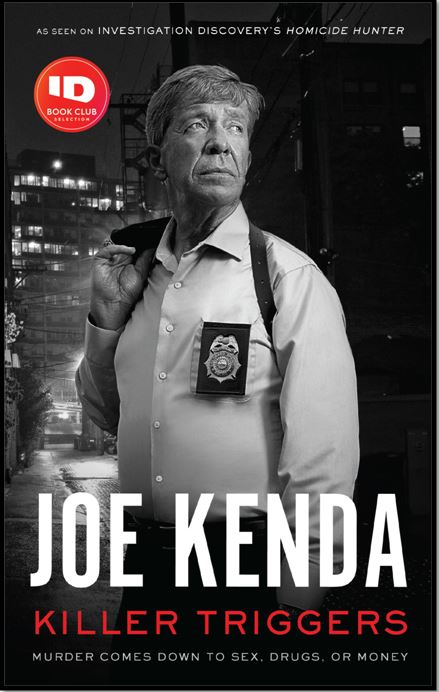 When the crew at one of my favorite publishing houses, Wunderkind, contacted me about interviewing a former homicide detective about his new book, I had to give it some thought. Long before Black Gate and my current day job, I was working on a master’s degree in criminal psychology with a view to become a criminal profiler. As an undergraduate I became fascinated with the question of what happens in the human mind that tips a person from contemplating violence to committing violence? I wanted to look for patterns and to discover if violent behavior could by typecast.

At the master’s degree level, the weight of what I was studying started to hit me – hard. This was no longer theory, but a pursuit that was bringing me eyeball to eyeball with real violence. As a 22-year-old from a very small Midwestern town, I was in no way mentally prepared for what I was seeing and learning about. I left the program for what I thought was a brief break, but I never went back, changing careers entirely. I feel lucky to have made that decision before my interest in ghosts and made-up monsters was forever ruined by real horrors.

So, when Wunderkind reached out, sending me an advanced copy of Lt. Joe Kenda’s new book Killer Triggers, I thought about whether I wanted these two worlds to cross again. I decided I would read a couple chapters of the book before making a decision. Hours later, with the Killer Triggers completely consumed, the decision was made. Yes, this is a departure from the pretend worlds I normally write about, but the book is just – well – very good. It’s not uncomfortably graphic and Lt. Kendra has a sense of humor that I couldn’t help but fall in love with a little.

If you have never heard of Lt. Kendra (and admittedly, I had not), here’s his official bio from Wunderkind:

Lt. Joe Kenda, a twenty-three-year veteran of the Colorado Springs Police Department, spent twenty-one years chasing killers as a homicide detective and commander of the major crimes unit. Kenda and his team solved 356 of his 387 homicide cases, getting a 92 percent solve rate — one of the highest in the country. After retiring from law enforcement, he starred in Homicide Hunter: Lt. Joe Kenda, an American true-crime documentary series that ran for nine seasons on the Investigation Discovery network and was aired in sixty-nine countries and territories worldwide. At its peak, Homicide Hunter averaged 1.9 million viewers in the US. See Lt. Kenda on his new crime series, American Detective, available to stream now on discovery+.

This blurb makes no mention of Killer Triggers, which explores eleven of Lt. Kenda’s cases, and the “trigger” which motivated each perpetrator (i.e money, sex, etc). It’s sometimes sad, sometimes unbelievable, but always fascinating and entertaining.

So, everyone, meet Lt. Joe Kenda. 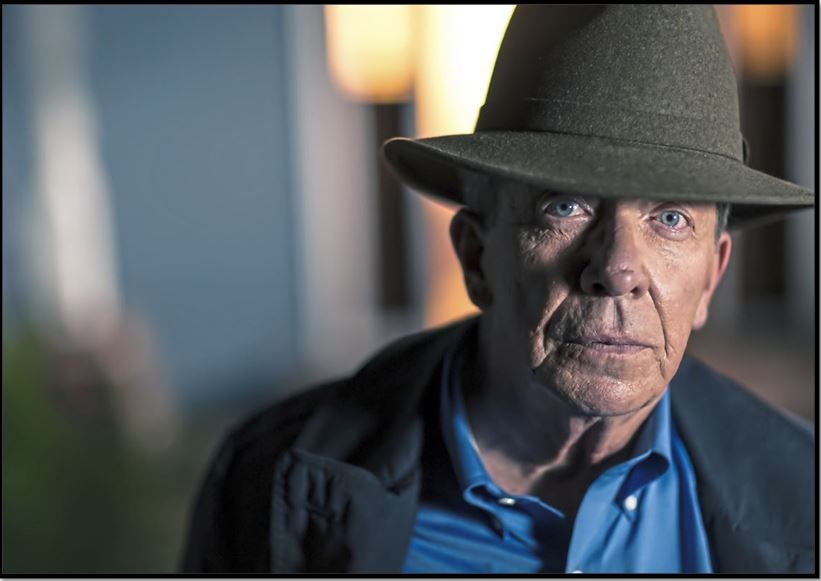 GC: Did you begin your career in law enforcement? If so, had that always been your goal?

JK: I always had an interest in becoming a police officer. I wanted to do something that made a difference in my tiny corner of the world and something where I could rise or fall on my own merits. When someone does something unspeakable to someone else you have two choices: remain seated or stand up. I wanted to stand up. And I did.

You have often talked about the toll your career has taken on you emotionally, even implying in the dedication for Killer Triggers, that it may have negatively impacted your family. That said, what continues pull you toward crime investigation?

The victim must have someone to stand in their shoes and see that justice is done on their behalf. It is a gut-wrenching undertaking if you treat it as I did, as a mission, and not as a job. My family understood my commitment but still suffered for it. Since I retired, I have focused on making it up to them.

Was there ever a case where you were convinced you knew the identity of the guilty party, but could not gather enough evidence to make it stick?

After retiring from law enforcement, you made the leap to television starring in Homicide Hunter: Lt. Joe Kenda, an American true-crime documentary series. How did that transition come about?

I got a letter from a former news reporter who had interviewed me many times in the past. He left the news and moved up in TV to become a producer. The letter said he had a concept for a show about a homicide detective talking about his cases. I had no intention of calling him. My wife insisted I call him for several days. She said I would not talk to her and maybe I could talk to him. I called. He said he wanted to hear it all. He turned on the camera and the floodgates opened. I said more to that camera than I ever said to anyone. I have never used a script of any kind. I just tell the story as I recall it. I would love to forget but I cannot. As usual, my wife was correct. 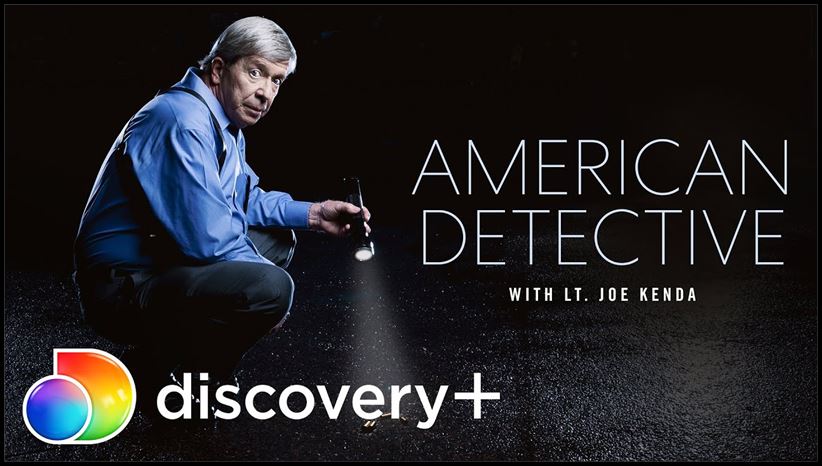 In one of your stories in Killer Triggers, you tell readers about My Secret Stalker. In it, a woman with mental issues decides she wants to kill you, likely because you had done a lot of television interviews during that time, and were well known. Now that you are even more well known, have you had more such unwanted “groupies?”

I have been fortunate and have not had a bad experience with any fan.

Do you even watch movies or television and become irritated at how crimes are portrayed? What is the most glaring and repetitive error you see on the big or small screen?

I rarely watch crime shows of any kind because I find them to be annoying. The worst example in fiction is advising people of Miranda when they are arrested. That is nonsense. Miranda rights are provided when a two-prong test is met: focus and custody. The person knows that he is going to be questioned about a specific crime in which he is thought to be involved and he further understands he is not free to go and is under arrest. Doing this upon contact is meaningless and not necessary, period.

It seems that law enforcement personnel, much like medical personnel, have seen at least one thing in their careers they cannot explain. Do you have such a story you could share?

Nearly everything I saw in my career involved senseless and extreme violence. You cannot explain any of it until you understand that humans are the most dangerous animal on this planet. Animals kill for need. Humans kill for pleasure. We are not that far out of a tree. We just like to think we are.

You have a new crime series, American Detective, streaming on discovery+.  Could you give us a peek at one of the most interesting cases you are covering this season?

It is an extremely rare crime for a husband and wife to plot a kidnapping of a female for sexual gratification. And even more rare that when that plan fails, they kill her. They both strangle her and dump her body in a lake. In a town of 7,000 in upstate Vermont. The victim was a beloved local teacher. Humans at their worst.

Robbery, jealousy and vengeance are often cited as the most common motivations for murder. Does your experience bear this out?

When humans allow their emotion, irrespective of what emotion that is, to overcome their judgement, they revert to their worst instincts: Morality melts. Consequences no longer exist. Limits are not to be observed. Only the thrill of the bloodletting prevails. I have seen violent death by every means except a nuclear weapon. Entirely too many examples. It has been my experience that humans are fragile and easily broken.

You have a gift for being able to discern what a person is feeling by reading the “tells” in their behavior. After studying people for so long, is their anything about human nature that still surprises you?

I don’t pretend to understand people but they do interest me. I reached the point where nothing surprised me anymore. The human mind is a complicated piece of machinery and it has been my experience that humans are capable of ANYTHING – no matter how depraved or abhorrent. Which is why I put so many of them in a cage.

Killer Triggers was released on March 9th and is available now at Amazon, B&N and Bookshop in print, ebook and audio.

As special thank you to Lt. Kenda for his time, and to E. Stokes at Wunderkind for brokering the introduction.