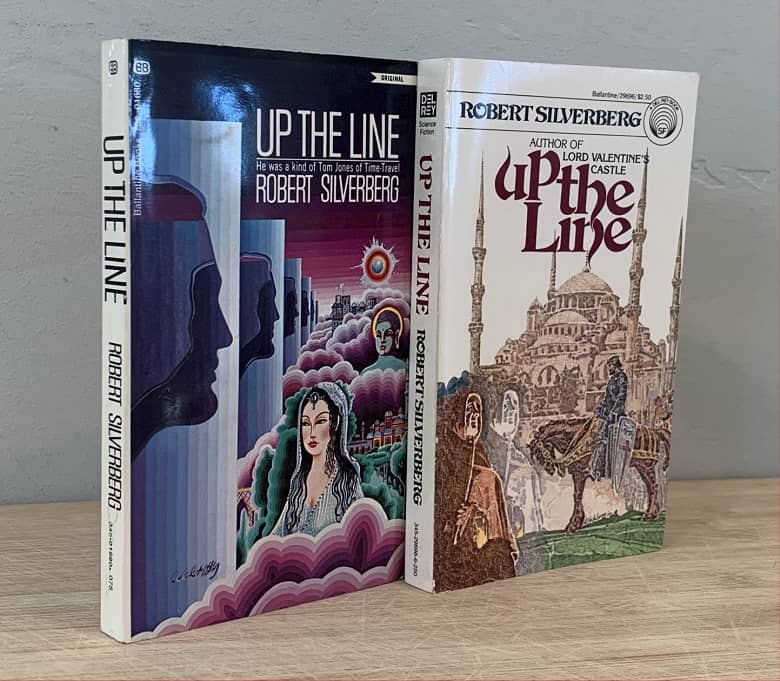 Having discussed Isaac Asimov’s The End of Eternity last time, I thought to move forward a decade or so and look back at a similarly recomplicated tale of time travel and time paradoxes: Robert Silverberg’s 1969 novel Up the Line.

Silverberg has written numerous novels and stories concerning time travel (there are photos of some of them lower down on this page), but there are different kinds of time travel stories, and Silverberg has focused on only a couple. Some involve simple trips into the future (Wells’ The Time Machine) or past (Silverberg’s own “Hawksbill Station”) with or without return tickets; others involve interfering in history and creating, inadvertently or intentionally, alternate timelines; others involve preventing such alternate timelines; and so on. Of Silverberg’s time travel stories, Up the Line is an example of the most complex type, about the potential paradoxes inherent in time travel, how to avoid them or deal with them. And so it’s his one novel most directly comparable to Asimov’s The End of Eternity.

The book was published as a paperback original by Ballantine Books, during Silverberg’s prolific middle period, in 1969. So far as I can tell, it has never been reprinted on its own in hardcover. (Per isfdb, it’s included in a 2003 Book Club omnibus with three other novels, and a 2011 Subterranean press omnibus with two other different novels, both of these omnibuses hardcovers. The most recent individual reprint of this novel is an ibooks trade paperback in 2002. None of these three volumes are available in new condition except at exorbitant prices.) So page references here are to the original Ballantine edition, last reprinted in 1988. 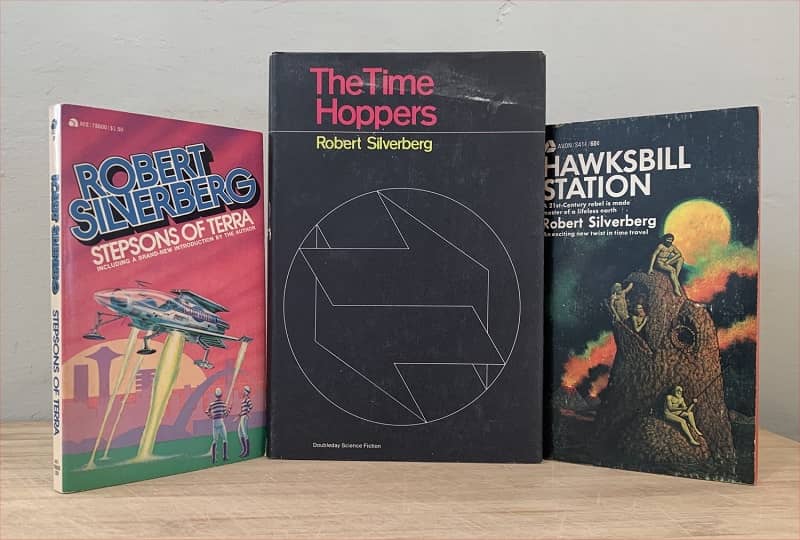 A young man working as Time Courier from a sexually libertine 2059, escorting tourists into the past to witness famous events in the history of Byzantium, falls passionately in love his own great-great-multi-great grandmother, then pursues a renegade tourist who sets off a series of cascading paradoxes that threaten the courier’s very existence.

This is an over-the-top time travel novel that playfully riffs on famous time travel paradoxes, revels in the sexually permissive era of science fiction in the late 1960s, and heavily indulges in the author’s fascination for ancient Byzantine history. It’s fun.

This is a medium-length book of 250 pages with 63 chapters, so I’ll summarize major plot developments and speculative concepts, rather than account for every single chapter. Furthermore, I’ll insert some headings to break the novel into its broad plot acts.

In this book Silverberg develops a theory of time travel that is implicit in earlier stories and novels by other authors but not, so far as I know, developed in quite this detail. Taking a break from the plot summary, here are some details of that theory gathered in one place:

Back to Our Story

Settling in Istanbul for Trips to Constantinople

And the book ends in the middle of a sentence. 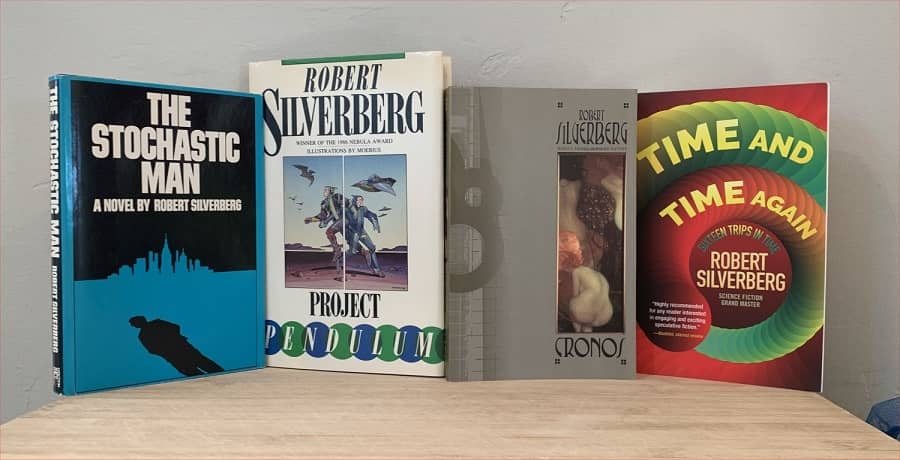 This is a novel that at once thinks seriously about the paradoxes inherent in time travel, and at the same has a lot of fun with it. Silverberg knows that his rules and paradoxes don’t rigorously hang together (and has an instructor virtually admit it), but then do anyone’s? I suspect Silverberg wrote the book as a playful response to a science fictional tradition, that of time travel paradoxes, and to indulge himself on two counts.

First, he took the occasion to write a jolly, bawdy novel that would have been impossible to publish only a few years before. (At the same time, as bawdy as the novel is, now that I think about it I don’t think it ever uses the f-word.)

Second, Silverberg, still writing substantial nonfiction books on historical themes into the early 1970s, took the opportunity in this novel to rhapsodize about Byzantine history, no doubt writing from first-hand experience in his travels. That there are a few too many such passages is my only real quibble with the book.

Mark R. Kelly’s last review for us was of Isaac Asimov’s The End of Eternity. Mark wrote short fiction reviews for Locus Magazine from 1987 to 2001, and is the founder of the Locus Online website, for which he won a Hugo Award in 2002. He established the Science Fiction Awards Database at sfadb.com. He is a retired aerospace software engineer who lived for decades in Southern California before moving to the Bay Area in 2015. Find more of his thoughts at Views from Crestmont Drive, which has this index of Black Gate reviews posted so far.

In the time-travel field, did you watch the show, Timeless? I thought it was very good, and they got to wrap up all the story lines.

It made up the second half of this BG post (following the MASSIVE disappointment of Dirk Gently).

– if all of Silverberg’s covers had all looked like those I never would have read him, thankfully Jim Burns covers came along.