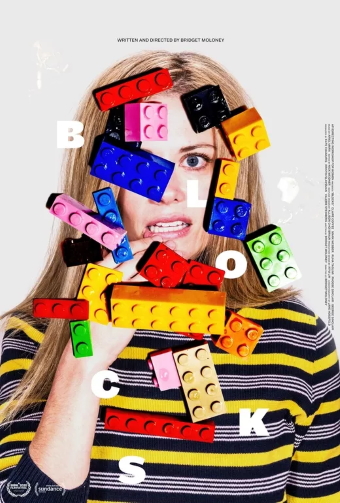 By Day 10 of Fantasia I’d started to skip the panels and special presentations. They all looked interesting to greater or lesser degrees, but while the movies were only available while the festival was still going on, the panels would stay up afterward. Still, Day 10 was an exception, with my schedule free for a panel I was particularly interested in: “New York State Of Horror,” hosted by author Michael Gingold. It took a look at how and when New York City became a setting for horror films — something unusual in the early decades of filmmaking, when horror was typically set in ancient European locales. King Kong (1933) was an obvious exception, but Gingold observed that Rosemary’s Baby was the real trail-blazer for New York horror stories in film, followed in the 70s and 80s by more tales of urban terror. It was a good discussion, with contributions from directors Bill Lustig and Larry Fessenden (Depraved). You can find it here.

Following that came the 2020 edition of the “Born of Woman Showcase,” a collection of short genre films by women filmmakers. Previous editions had presented exceptional work, to the point I’ve come to see these showcases as highlights of Fantasia. This year had nine movies, ranging from science-fiction to crime to horror.

The first film was from the United States: “Come Fuck My Robot” was directed by Mercedes Bryce Morgan, and written by Morgan with Reuben Guberek, Katrina Kudlick, and Hunter Peterson, “based,” as the credits say, “on the original Craigslist ad.” A nervous virginal young man (Nicholas Alexander) answers an ad from an oddball engineer (Ian Abramson) who’s seeking a male to have sex with a robot the engineer’s created (Catherine Tapling). Absolutely nothing about the scenario unfolds as either expected. A charming, funny story about identity and consent, and about AI and gender, it’s well-acted and comedically well-timed.

Next, also from the US, was “Blocks.” Written and directed by Bridget Moloney, it follows Ashleigh (Claire Coffee), a mother of young children, who begins vomiting Lego blocks. We see her going about her daily life with her husband (Mark Webber) and friends and her friends’ kids as the vomiting becomes more common and the number of blocks grows accordingly. Anchored in a very realistic depiction of Ashleigh’s everyday life, in which the block-vomiting is the one irreal aspect, the movie works because it’s observation of Ashleigh is so sharp — whether she’s chatting with her friend about sex toys or going to other childrens’ parties or reading to her kids about intersectionality. In other words, there’s a life to her beyond the status of ‘mother,’ which helps prepare us for the conclusion of the film and what she does with the blocks, an understated but effective choice. 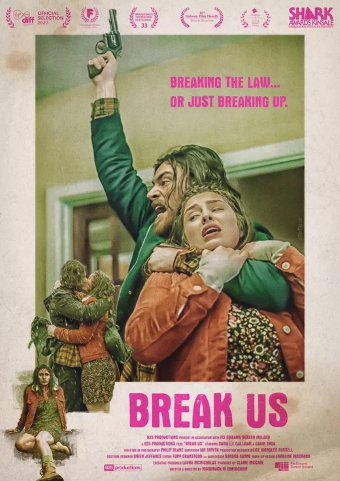 “Break Us” is an Irish crime film written and directed by Rioghnach Ni Ghrioghair, following an armed robbery and hostage-taking by two lovers, Mark and Sophie (Gavin Drea and Danielle Galligan). It’s an excellent terse tale with some noir in its plot, as the robbery reveals truths about the robbers and how they’re prepared to use violence. There’s a lovely almost low-fi feel to it; nothing’s wasted.

“Snow Flakes,” from the UK, was written and directed by Faye Jackson. It takes place in an immmigration detention centre, where cynical, uncaring immigration authorities are preparing to deport people including Esther (Sharon Duncan-Brewster) and Miriam (Cherrelle Skeete). There is a medical incident, and things don’t go as planned. The movie’s a strong indictment of racism, and particularly the paranoia around illegal immigration. There’s an interesting religious subtext, too and an overall sense that the story can go in any direction at any time. The short ends well in its own right, but there’s a feature-length version currently planned.

The US-Mexican production “Diabla” was next, an occult revenge film directed by Ashley George and written by George and Alonso Diaz-Rickards. A young woman (Ruth Ramos) in Mexico is attacked during a family celebration, and turns to a group of powerful witches for retaliation. There’s an affecting glee in the socially-transgressive vigilante justice, and the magical imagery’s engaging. (I will say that if someone were to ask me why a white director chose to tell a story involving a violent person of colour when the exact same story might have been told using white people and a different cultural setting, I can say only that according to a question-and-answer panel after the showcase there was extensive collaboration with the Mexican cast and crew about the story and the depiction of women in Mexico.)

Written and directed by Lorraine Caffery, “The Rougarou” is a story from New Orleans in which Gerty (Victoria Dellamea), a 12-year-old girl, hears a story about a fearsome monster from her father — a hardened criminal just out of jail. It’s a movie that’s very effective in its storytelling and its presentation of information, giving us Gerty’s point-of-view and letting bits and pieces of her father’s story filter to us through her. Violence is just under the surface throughout the film, and it emerges powerfully at the end. It’s a strong crime story with supernatural overtones that come out at just the right moment and in the right way, and the ambiguity of the supernatural is well-handled.

“Narrow” is another American film, from writer-director Anna Chazelle. In a post-apocalyptic world a woman (Chazelle) cautiously tries to survive, but is confronted with horrors from her past. It’s a nicely ambiguous but still chilling movie that imagines a world with some highly distinctive rules. It is a dark and atmospheric movie that, to me, interrogates the idea of safety and what it is to be safe in the world. 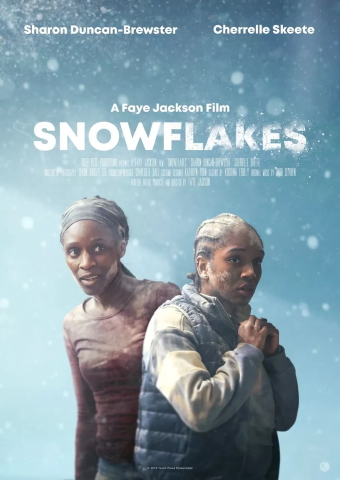 “F For Fake” is a German movie written and directed by Sabine Ehrl. In a strange dystopian world a little like an 80s dictatorship tall people oppress a race of very small people. We follow an old tall woman (Ursula Werner) accompanying a group of mercenaries who trap some of the small people for nefarious purposes. It’s dreamlike, or more properly nightmarish, setting individual desperation against collective oppression. It’s a long short, at a full 30 minutes, and chooses not to develop its surreal setting in a linear sense, allowing us to dwell in its oddity. Still, I felt the ending was abrupt.

From France came the final film of the Showcase, “They Salivate” (“Ils salivent”). Written and directed by Ariane Boukerche, it opens with a tense scene between a couple, ending in a kiss; party guests arrive, as the woman spits the kiss into a glass only for it to be drunk by one of the guests. This is a lovely but deeply strange movie, hypnotic and I would say dancelike — the opening shot is a long take with little dialogue but precise movement, and the build of what happens at the party is intensely choreographed. It’s a fascinating and elliptical piece about desire and physicality.

Nine films, nine successes of different kinds. And nine distinct visions. It was another strong year for the Showcase. For a variety of reasons I did not get to see many shorts this year; I’m happy to have had the chance to see this group.