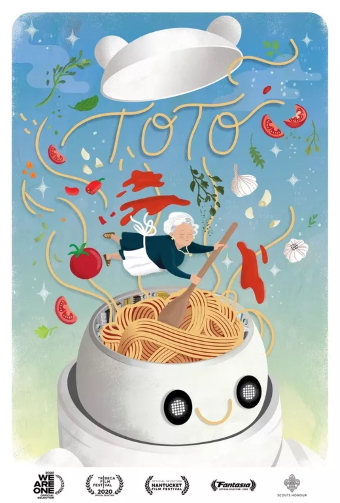 Day 6 of Fantasia 2020 started for me with a panel on folk horror. While you can find the occasional early example of the term, it was first used in its current sense in 2003 by director Piers Haggard to describe his 1971 film The Blood on Satan’s Claw; Mark Gatiss picked it up in his 2010 TV documentary A History of Horror to refer to Claw along with The Wicker Man and Witchfinder General. The panel I watched was presented by Severin Films and titled “Narratives of Resistance in Folk Horror.” Hosted by Kier-La Janisse, director and producer of the upcoming documentary Woodlands Dark and Days Bewitched: A History of Folk Horror, it gathered a group of writers and journalists to discuss folk horror with a focus on stories from beyond the British Isles. (Unfortunately, this panel’s the only one of the year not currently available on YouTube.) While it never really settled on a definition of the phrase, it was an often-interesting discussion about history, folk magic, and ritual, touching on works ranging from Shirley Jackson’s “The Lottery” to the 1991 film Clearcut to Marcin Wrona’s 2015 movie Demon.

Following that came one of my favourite Fantasia traditions, the annual International Science-Fiction Short Film Showcase. This year brought three movies from the US, and one each from Canada, Spain, Australia, South Korea, and Germany. As it happened, most of the shorts dealt in some way with the theme of isolation, meaning the showcase felt especially timely.

The Canadian film was first, the 13-minute “Toto,” directed by Marco Baldonado, who co-wrote it with Walter Woodman. In the near future, Rosa (Rosa Forlano), an old Italian-speaking grandmother in North America, buys a robot to help her prepare dinner for her granddaughter (Gabriela Francis), who is soon dropped off for a visit by Rosa’s daughter. By this time Rosa’s formed an odd bond with the machine, but will young Santina’s excitement at seeing the robot change things? This is a lovely small-scale story about intergenerational communication and the pace of change, both bitter and sweet. The grandmother, her daughter, and her granddaughter all relate differently to the robot, and all have different levels of fluency in Italian, meaning the bot and the language use both bring out the theme of change across generations; the movie says the same thing two different ways, enriching both, and one of those ways is distinctively science-fictional. It’s an excellent bit of domestic science-fiction, and one particular moment, with Rosa in the foreground while Santina and Toto dance together behind her, is a sweet and sad crystallisation of idea and emotion.

Next came “Doppelbänger,” from writer-director Sofian Khan. In the not-too-distant future, many people have robotic ‘doppelsynths,’ who go to work and perform necessary mundane tasks freeing up their organic originals for other things. Some of those other things include sex with repurposed doppels. One man, George (Gibson Frazier), has paid for sex with the doppel of a woman, Cecilia (Annapurna Sriram), but the robot malfunctions in the middle of the act. This leads to an odd moment of connection between humans, which is threatened by the nature of their times. This is a much more serious film than the title might suggest, filmed in black-and-white with some moments of colour indicating visions or altered consciousness. It’s a nice character piece about work and sex work, though the climax suffered a bit from a lack of set-up — George makes an obviously costly choice, but the exact cost of the choice is unclear. Still, it’s a strong 15-minute story that could also function as the first chapter of a longer story. 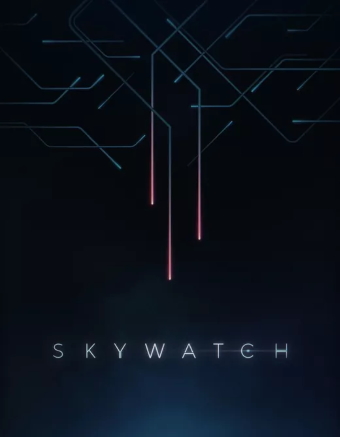 After that came the 14-minute “Swipe Up, Vivian!” Directed by Hannah Welever from Addison Heimann’s script, it tells us the story of Vivian (Emily Marso), whose anxiety has left her nearly housebound. A concerted effort by her sister gets her to try a new dating app — with a three-dimensional interface — which in turn leads to the prospect of romance. It’s a sweet and often quite funny story with a strong use of colour, but while the dystopian tone to the world in the background feels credible, that tone doesn’t always blend well with the comedy and romance. And I found myself not convinced by the relative ease with which Vivian casts off her anxiety.

That was followed by “Skywatch,” written and directed by Colin Levy. It’s an 11-minute near-future action-dystopia story, about a teen boy who hacks into a drone delivery system and finds more than he expected. It’s clearly only the first part of a much larger story, but does end with a moment of surprise. There’s nothing unusual in the story itself, though all the necessary beats are hit; this is a well-executed opening to an adventure story, with well-done visual effects. You can see it for yourself here.

Next came the twisting, surreal “Your Last Day On Earth” (“Tu último día en la tierra”), from Spanish writer-director Marc Martínez Jordán. In the near future, a drug controlled by underground ‘time hacktivists’ can send people back in time to one specific moment and place, the location of a terrible terrorist attack. One man goes underground and pays for this procedure, hoping to break the rules and change the past to save his beloved wife. A series of twists then follow, some improbable, the conclusion touching. There’s an odd mix of slapstick and tragedy, fused together by surreal imagery (the time traveller has to wear a fox suit at all times), a well-written voice-over (delivered by Enric Auquer), and a quick pace. It’s the sort of thing that shouldn’t work, and at times pushes suspension of disbelief to the breaking point or beyond, but pulls it off due to the strength of the ending.

“Carmentis,” from Australian writer-director Antony Webb, followed. A miner (Ben Mortley) on another planet has a bad fall, and struggles to get back to safety before the environment kills him. Along the way he argues with the AI running his atmosphere suit (Adriane Daff) and struggles with the grief that first sent him off into space. The visual effects are stunning, and the movie’s always interesting to look at, but I was unconvinced by some of the twists of the planet’s climate, and the conclusion felt underwhelming. I can see what the movie’s trying to do, and conceptually the miner’s emotional journey makes sense, but a lack of set-up for the planetary environment means that his physical journey is less compelling than it needs to be. 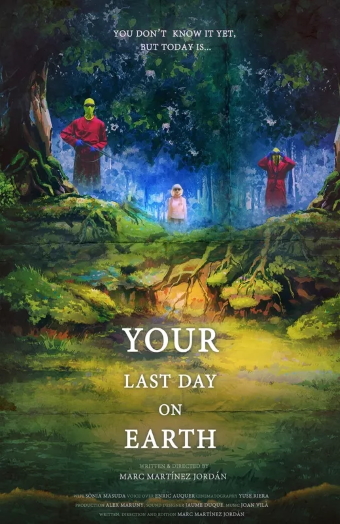 Then came the 21-minute “Fall Out” (“A-guido”) written and directed by Korea’s Chung Jae-hoon. It’s a semi-post-apocalyptic story about a family struggling to survive in an apartment building in the near vicinity of a recent nuclear disaster. Water, in the form of ice, is a prized commodity, and we see the lengths to which the family members will go to get it — and how they blame each other for not doing what is needed, and how community and humanity break down in the face of need. It’s a fine downbeat cynical eco-parable about dwindling resources, and there’s an excellent double meaning to the English title that plays through the film.

The final short in the program was the longest of the group, the 29-minute “Ligeia Mare,” a German movie written and directed by Adam Zimny. In the future, a corporation on the verge of cracking true artificial intelligence sets up a research project on a mining base on Saturn’s moon Titan. The movie opens with the arrival of investigators, come to find out if the singularity — the development of computers more intelligent than humans — has taken place. We see their arrival, and events on the research station, mostly from the perspective of the human-form robots who operate the facility. The project was established on Titan to keep a potential AI from running wild in human space, but if it’s truly more clever than human beings, will it be able to trick them? This is another movie with striking effects, and as well an intriguingly fractured chronology. To my mind it runs into the problem of a lot of intelligent-robot stories, in that the dilemma assumes a robot will think in a human way, which increasingly seems unlikely. But beyond that, the movie’s perhaps too enigmatic for much of its run; I found myself putting more effort into unscrambling the chronology than I gained from an appreciation of the structure. It adds up to a coherent whole, at least, though the setting on Titan is underplayed.

Overall, it was another strong year of work in science-fiction short film. A question-and-answer period followed, which you can see here.