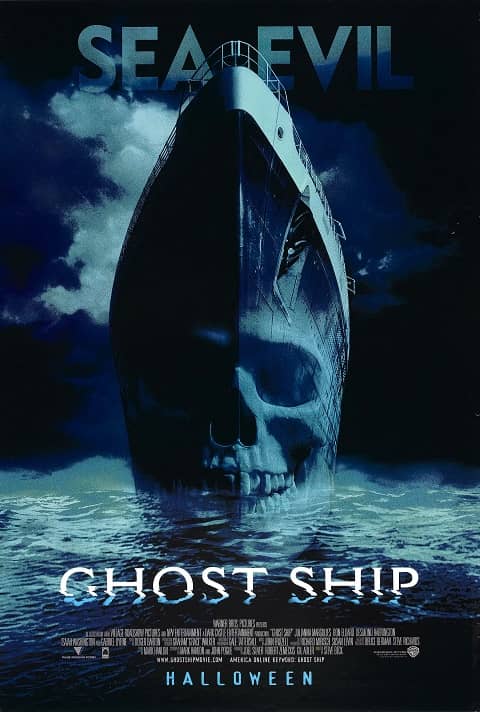 Call it a phobia, but I am completely creeped out by things which seem too big to be allowed. I have no explanation for it, but as an example, I nearly drove off the road on a rainy night when I looked up to see a huge satellite dish looming over the intersection from behind the walls of a military installation in California. My heart also leapt out of my chest when I got an up-close look at a Kimoto Dragon (stuffed of course). And because this is something that unnerves me in real life, it stands to reason it is one of my favorite frights on the big screen. It’s probably why I liked Cloverfield, and Kong: Skull Island, and its most certainly part of the reason I liked Ghost Ship (2002) when it pretty much sunk at the box office.

If you haven’t seen it, a salvage crew discovers a cruise ship, lost for over forty years, floating lifeless in a remote region of the Bering Sea. When they attempt to bring it back to shore, they begin to discover there may still be “passengers” on board. Without spoiling anything, I will tell you that as horror movies go, it’s fairly predictable, though the twist at the end is pretty clever. 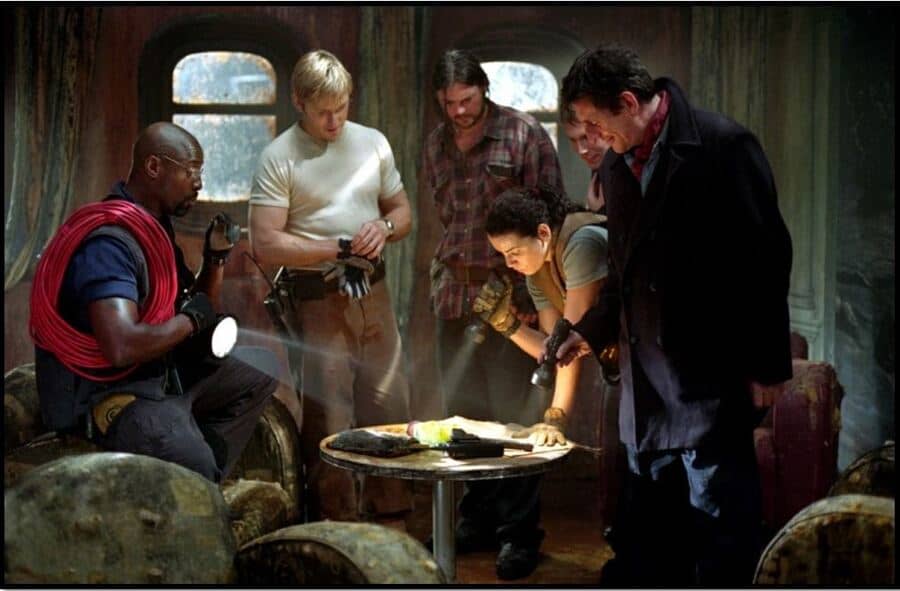 What Ghost Ship does have in its favor is its opening scene, which in some circles is considered one of the most memorable in horror movie history. It also has some very impressive special effects and that “too big to be allowed” moment when the small salvage ship, panning a very dark and foggy seascape with a lone searchlight, comes upon the behemoth that is the cruise ship Antonia Graza, looming ridiculously huge from out of the blackness. So, in spite of the fact I’m in the minority, I personally liked Ghost Ship enough to own it in a couple of formats, and to watch it more than once. Which is why the news that a collector’s edition is being released seemed pretty cool. 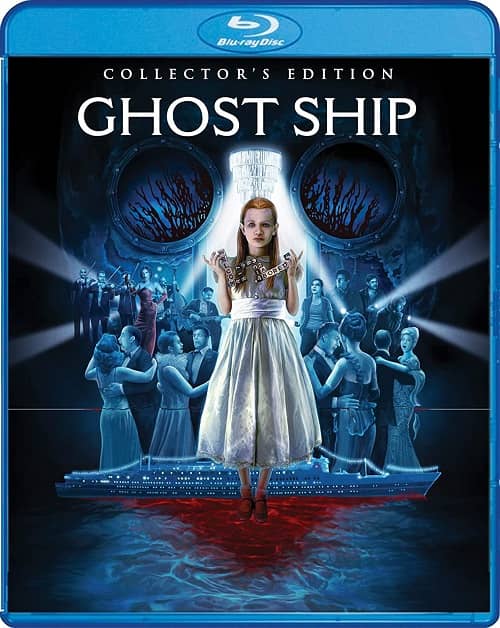 Scream Factory is responsible for the Blu-Ray release scheduled for September 29, 2020, which will be packed with bonus features: 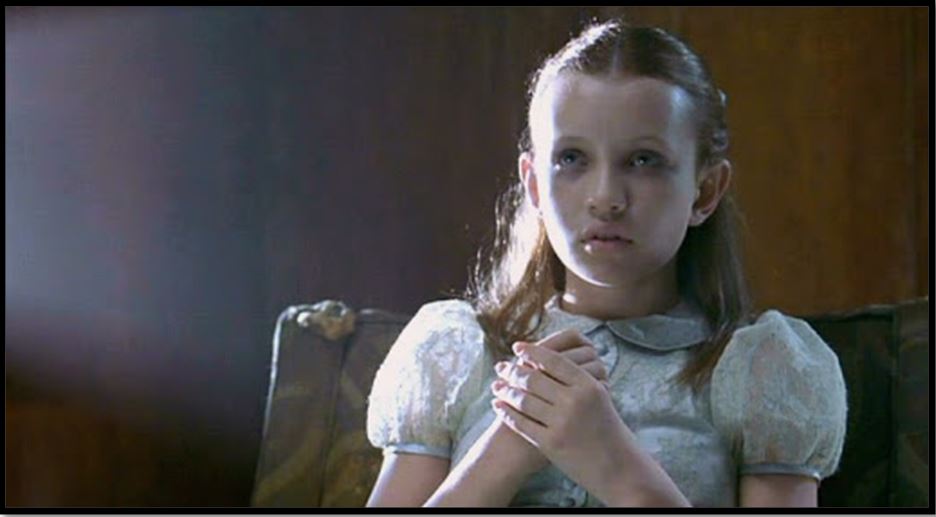 Ghost Ship stars Julianna Margulies, Gabriel Byrne, Ron Eldard and Isaiah Washington. The best thing about watching it now, it that it may make you feel better about the fact we’re missing out on cruise vacations this year.

I like this little sleeper a lot – very atmospheric with some really good scares.

Despite the terrible cover on the DVD you’ve convinced me to give it a go. Horror / Ghost onboard a ship. Can’t think of any others. Any suggestions?

TPark, I knew you would like it. We seem to be on the same wavelength most times.

CJN1, you could give Death Ship a try. The plot is pretty thin and it stars George Kennedy if that tells you anything… Here’s the synopsis: A mysterious ghostly freighter rams and sinks a modern day cruise ship whose survivors climb aboard the freighter and discover that it is a World War II Nazi torture vessel. I’d be interested to know what you think. It wasn’t really my thing.

> Horror / Ghost onboard a ship. Can’t think of any others. Any suggestions?

The only other one that popped into mind was Gale Anne Hurd’s 1999 big-budget alien-horror movie VIRUS, which stars Jamie Lee Curtis and takes place on an abandoned Russian trawler:

But apparently Ghost At Sea Movies is actually kind of a mini-genre:

The Ghost Ship (1943), produced by the legendary Val Lewton (Cat People, I Walked with a Zombie etc.) is pretty creepy – and there isn’t even a real ghost!

Surely someone has done a movie about the Flying Dutchman?

Carnival Cruise commercial or opening scene to a horror movie? You decide…

That is some opening scene! (over here, you can watch it on Amazon Prime, but not Netflix: go figure). I’m around halfway through.

I did like this movie – saw it in the theaters, and there is that wonky opening where you might suspect you’ve walked into the wrong movie.

And the reason why the little girl is the only one left? Amazingly creepy.

So I watched this last night. Apart from the opening which I thought was a bit King Ralph – royal family scene – silly, I enjoyed it. The set is terrific and though it is predictable, as you pointed out, it’s still a good ghost story. Speaking of ghosts, that’s the first time I’ve seen Alex Dimitriades since Heartbreak Kid (1993?). Wondered what happened to him. He must have moved to Hollywood.
Now onto Death Ship….

Oh God!! Two words: Chupacabra Terror. The titular creature is loose on a cruise ship! John Rhys-Davies takes the money and runs (or swims). One bit of advice – don’t watch it with your eyes open.

Death ship. Apparently a cult classic film. It was pretty bad. Loads of scenes that just didn’t make sense. Waiting for George Kennedy to say ‘He’s only got a 50/50 chance of living, and only a 10% chance of that.’ Eeriest thing about Death Ship is the poster of the film is the same as Ghost Ship.

CJN1 – I love your take on both movies. Hold on for my post this week. I’m going to be looking for your opinion once again.