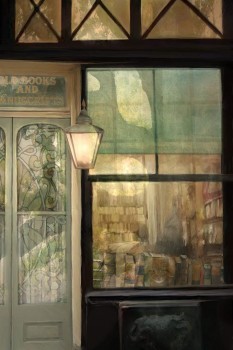 One of my favorite stories from last year was “Ghost of a Smile” by John Jos. Miller, with this gorgeous illustration by Elizabeth Leggett. John  was kind enough to answer a few questions. Those of you who are unfamiliar with John may, in fact, have read his books. He’s worked in genre fiction for decades, writing everything from media tie-in to Wild Cards, the shared world series edited by George RR Martin and Melinda Snodgrass. Read on to learn more about his work.

Emily Mah: You’ve been in the business a long time and written a lot of excellent books, from media tie-in to the Wild Cards shared universe. Can you give a rough overview of your work to date?

John Jos. Miller: Yeah, it’s been awhile. Somewhat longer than I’d like to admit, though I did get an early start. I don’t remember exactly when I started writing stories, but I was collecting my first rejection slips when I was about fourteen. I made my first sale to a pro publication when I was sixteen (anyone else remember Witchcraft and Sorcery, which started out as Coven-13?), but the magazine folded before it could print the story, or more importantly, pay me for it. That started an unfortunate trend that lasted for three or four other stories, but finally I sold to one that lasted long enough to both print the story and pay me (it was, in fact, the last story of the last issue of the original run of Fantastic Stories, so perhaps I deserve at least partial blame for killing that one). I had actually written and sold three novellas to Space & Time in the interim, but given the vicissitudes of small press publishing, those didn’t appear until after the story in Fantastic, and Space & Time was such a good ‘zine that even I couldn’t kill it – in fact, it’s still being published today. 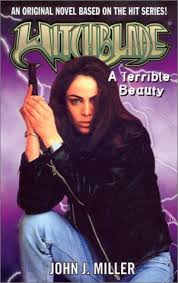 In the meantime, I had finished college and moved to New Mexico to pursue a Ph.D. in archeology. I had met my wife Gail while working on an archeological project for SUNY Binghamton and she had gotten a job at and was soon managing a Waldenbooks. It was through her that we met a bunch of the New Mexico sf writers, many of whom formed the core of the original Wild Cards group, and they eventually seduced me to the dark side. I worked as a consulting archeologist for awhile and then turned full time to writing.

I’ve done novels, short stories, fact articles about baseball history, graphic novels and comic book scripts, RPG manuals, and hundreds of blog posts (see below).  My novel A Terrible Beauty is a Witchblade tie-in (the comic, not the TV show) but I cannibalized my script for a Crow graphic novel which the company which was going to publish it went bankrupt (twice!) Before I could finish it. It’s somewhat hard to find, but not without, I think, interest. My novel Shades of Night, Falling was published as a Twilight Zone novel, but is actually a gothic ghost story set in 1820’s Long Island, which I also do not hesitate to recommend, if you can find it. 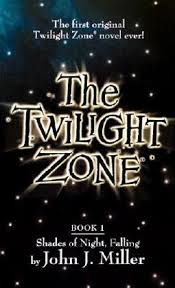 You’ve also written a lot of original short stories. “Ghost of a Smile” has a particularly wonderful backstory, that I think I know most of, but would love to hear your version.

We have two good friends who are  big sf fans and book collectors. They were a couple for a number of years and, when they decided to get married, asked myself and a few other writers if we’d care to contribute a story to a chapbook that they intended to print and give out as a wedding favor. The general theme to the story would be “the golden ticket” (a la, Willie Wonka) that would lead you to your heart’s desire. (Interviewer’s note: the other authors in this wedding favor anthology were Peter S. Beagle, Kij Johnson, and Ken Liu.)

Gail and I had joined them while we all visiting the UK the year before and traveled with them for a week or so (if you ever have to travel with another couple, make sure one of them is a brain surgeon; they’re very organized) and one of the things we did while visiting Bath was go to a book bindery. Joe had purchased a copy of the second edition of Alice In Wonderland (see the story for an explanation of all this) and wanted to get it repaired. We spent a wonderful afternoon at the bindery observing and talking to the artisans who worked there, so I used this as an important plot point in the story.

You research your work meticulously, and I loved hearing your insights into Lewis Carroll. I always thought he had a bit of a tainted legacy, but you went and dug up the truth about him. Can you share some of that?

I did research him and the fine points of the first suppressed and subsequent second edition of Alice (to get the complete story, you’ll have to read “Ghost of a Smile,” and there’s no doubt in my mind that Lewis Carroll was autistic,  (Look at the many photographs of him and try to find one where he’s looking directly at the camera.) but was nothing more than very shy, though brilliant (besides being a gifted writer he was a genius mathematician and also a notable early photographer) and somewhat sad figure. 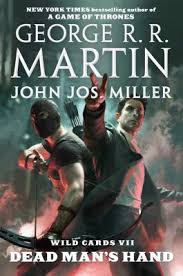 A lot of people will know you from your Wild Cards work. Can you share some of the history of how you fell in with such a disreputable group?

As mentioned above. The first New Mexico writer we met was Victor Milan (who died rather suddenly and much too soon from a virulent case of blood cancer) who at the time was dating one of the women who worked with Gail at the bookstore. He was a big role playing gamer, something which Gail and I had never done, but took to quickly. Our favorite games were Morrow Project and Call of Cthulhu, among others, but it was Vic who one fateful day bought that copy of Super World as a birthday present for George R.R. Martin, who had recently moved to New Mexico and joined the gaming group, and sealed our fates, forever.

Other people will know you from Cheese-Magnet.com, so can you share more about that?

That was a blog that I shared for a number of years with several other writers, notably Scott Phillips. I wrote a lot of posts, mainly dealing with Pulps and Science Fiction movies (mainly from the 1950s). It was a lot of fun and still lives on with the traditional Friday night panel every year at Bubonicon where we share our love for bad (and sometimes even good) movies. 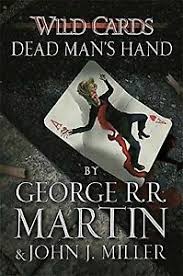 How did you hear about DreamForge and what inspired you to submit to them?

I first heard about it through word of mouth from various New Mexico writers and was impressed by their professionalism and philosophy regarding fiction when I checked them out on-line. I thought “Ghost Of A Smile” might be a good fit, and was pleased they thought so, too, and even more pleased when the story made the Tangent recommended reading list.

Thanks, John, for taking the time to answer some questions!

Emily Mah is a writer and the owner of E.M. Tippetts Book Designs, a company that provides formatting and cover design services for independent authors and publishers. Her last post for Black Gate was about Derelict, a podcast by J. Barton Mitchell.