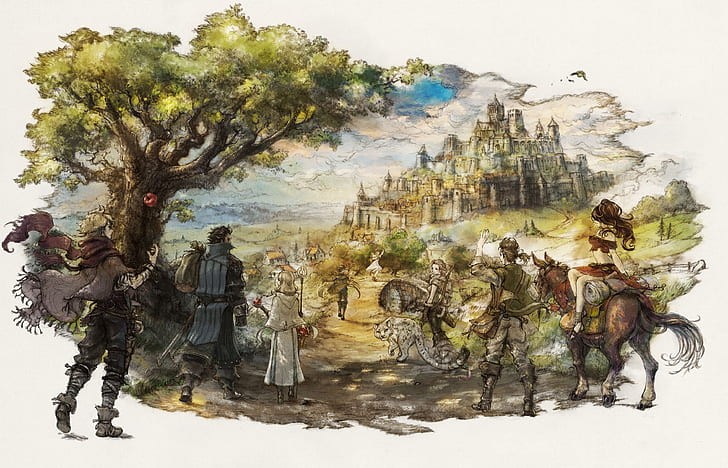 A party of travelers arrive in a city…

I had a thought – literally just this moment – about geekdom and how much it has changed. Some people’s perception of it appears to be slow in catching up, but that is to be expected, really.

When I was a young girl, growing up in small town Australia, geeks were a bad thing. They were variously sun-deprived, pimply walking skeletons, or sun-deprived, pimply fat blokes. Either way, they were unhygienic outsiders with zero social skills, or, indeed, any redeeming qualities whatsoever.

Rarely now, except for a certain talkshow host who shall remain nameless, do people conjure such an image when speaking of geeks and geekdom any more.

This isn’t, of course, to say that geekdom is without its bad actors. Misogyny and racism (and other foolish ideologies) are still a huge problem in the geek community (though that is thankfully changing, despite the best attempts of a dedicated bunch of morons), but that is a discussion for another day.

Today’s prominent geeks, however, are happily blasting away this stereotype just by being themselves, and it’s wonderful to see. Let’s have a look at some of my favorites geeks in popular culture. 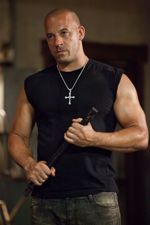 It surprised me no end to discover that Vin Diesel, this muscular, muttering anti-hero specialist actually played Dungeons and Dragons. He was the first celebrity that pulled me up short and made me take a serious look at my own preconceptions about what a D&D player looks like. Clue: they’re people and they look like people of every variety. One of my favorite stories of his geekery occurred during the filming of The Chronicles of Riddick (one of my favorites), when this lovable lug taught the next person on this list. 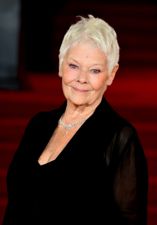 That’s right, this lovely human whom I’ve loved to watch for as long as I knew what celebrity was, plays D&D. She was taught all about the game on the set of The Chronicles of Riddick by Vin Diesel. The image I have in my head of how that might have played out just makes me grin from ear to ear. Word is, she’s now dungeon master for her grandchildren. Honestly, it’s just adorable. 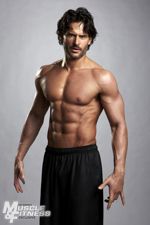 This guy is such a nerd he’s converted his basement into a D&D heaven; dragon head on the wall, candelabras, the full nine yards. He regularly hosts games for his friends, and was the first one I saw openly talk about it without shame in an interview. He’s also the first one that really made me think that I’m not doing enough in the gym, so there’s that.

Thanks to these folks, and more, including Felicia Day, and NBA’s Tim Duncan, the perception of tabletop role-playing games and the folks who play them has changed drastically. Everyone, from Hollywood’s hottest to professional athletes are coming out as geeks who play. It’s no longer the realm of the weedy or overweight, the awkward or the straight-up gross.

Moving on from Dungeons and Dragons (there are a lot of them, my friends), and onto video games.

I want to hit on a couple of YouTubers first. They might not be traditional celebrities, in the sense we’re used to, but both have enormous platforms and are battling the terrible image gamers have managed to acquire without actually going to war. 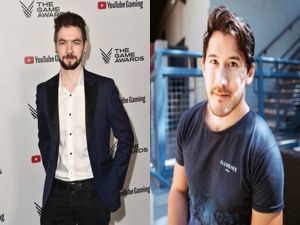 I am subscribed to both of these adorkable blokes, and I’m constantly impressed by them.  Seán (better known by his YouTube moniker Jacksepticeye) is a hilarious lad from Ireland (now living in England) who had done wonders in the world. With his community of subscribers, he’s raised a ton of money for charity, most recently raising over $200,000.00 in relief for the devastating Australian fires. He’s also stretching beyond video games, managing to score a cameo in the new Ryan Reynolds film Free Guy.

Mark (Mariplier), is probably best known for the guy who cries on camera (he’s a precious cinnamon bun), has also done a great deal for charity, his latest efforts include crashing other charity live streams with his community and surprising the crap out of the streamers with a flood of donations. It’s really frakking cute to watch their reactions. He’s also done a lot outside of gaming, creating really interesting entertainment on the YouTube platform. Check out A Heist With Markiplier. You won’t be disappointed.

Both of these young men, simply by being their good selves in public, are combating the gamer stereotype that many may be still inclined to conjure. They’re not just actively doing good deeds, either. They’re providing exceedingly good role models for young men and gamers today.

Of course, there’s at least one celebrity in the current public conscience that is busting the stereotypes about who gamers are and what they look like. 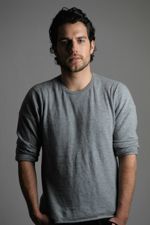 I feel like I’ve been talking a lot about him of late, and it’s getting a little creepy.

Anyway, Mr. Cavill is a self-acknowledged PC gamer, a fact I learnt only this Christmas when speaking to my little brother about The Witcher on Netflix. Now, I don’t subscribe to him in any way, shape or form. I’m not following him on social media at all (is he even on any of these platforms?), so I don’t really have an opinion on his personality. He seems lovely enough in the interviews I’ve watched. But he’s certainly out there busting perceptions of the typical gamer.

Also, he gets bonus points for being a reader – of speculative fiction, even – killing a few more stereotypes. So few people read these days, it seems (some even boast about not reading… Ugh!), and it does me good to hear that reading is still a thing.

Now I need a list of celebrities who proudly read speculative fiction. Someone send me that.

Geekdom has undergone significant change these past few years. Unlike a lot of social change, I’ve been able to track it. In my lifetime, being a geek has gone from being the domain of the outcasts to mainstream; from the shy and awkward, the ostracized and the weirdos to a normal thing that all kinds of people do. People everywhere are letting their geek flag proudly fly.

While this seems to have created resentment amongst a small subset of geeks (again, that’s worth exploring, but in another post), I absolutely adore it. I love seeing people own up to their geekery, tearing away the stereotypes of who and what a geek truly is. It’s let people like me, who felt isolated in my geekery in my younger days, step out and be seen, thereby finding the groups of like-minded folks who become close friends. Geekery has certainly helped my find my people, and I know I’m not the only one.

The face of geekdom is forever changed, and that is a good thing.

I raise my flagon to you, proud geeks. Let’s get together for a one-shot or something. 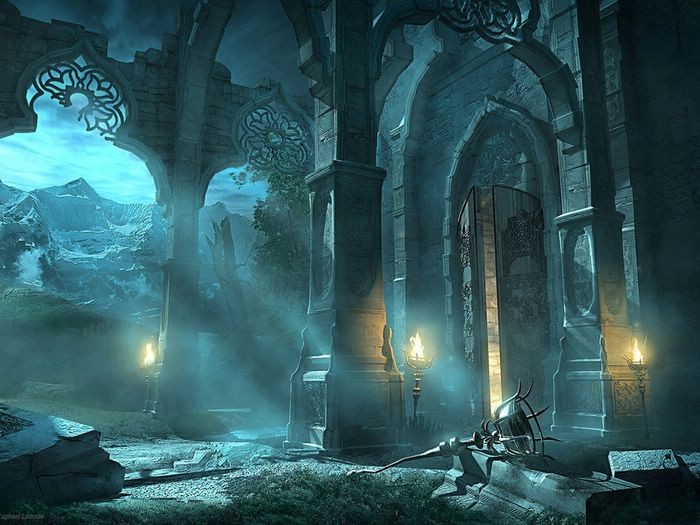 These ruins demand some exploring.

Another way to look at it is that things that used to be niche and most common among geeks have now become mainstream and popular with a much wider audience? Does that make the new audience geeks?

Is geekness a social phenomenon or an entertainment segment? I personally would not call people who watch sci-fi shows and play fantasy games geeks. I think most of them are just normies. 😉

Of course, the lesson here is one I’ve been preaching a cons for years. We won! Geeks now own the world.