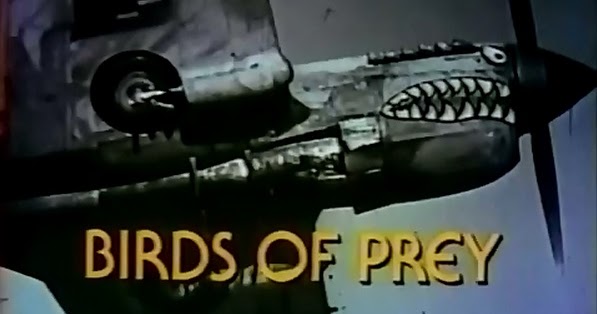 Little did I know, when I was a pre-tween, that I was growing up in the Golden Age of TV movies. I was there for original showings of Trilogy of Terror, Don’t Be Afraid of the Dark, The Night Stalker and even Duel. Lucky me.

One that really made an impression on me at eight was 1973’s Birds of Prey. Like Duel it looked like it had a much bigger budget than it actually had. Story involves David Janssen playing a WW2 vet from the AVG in China who is now flying a civilian version of the Hughes OH-6 Cayuse “Loach” for a Salt Lake City radio station doing traffic. After a minimal amount of establishing his character and that of his fellow veteran police officer friend, he witnesses an armored car robbery and a hostage being taken.

The excitement is non-stop from then out, an elaborate chase, as he follows the murderous crooks and cleverly improvises ways to refuel and arm himself. There are hunter/hunted reversals, rescues, and even some dignified bonding with the hostage. Eight year old me was driven wild by the impressive flying and stunt work, including trips under highway overpasses and through factories and hangars by his handy little Loach. I think the pilots had fun making this movie, it seemed pretty clear they were doing crap they weren’t normally allowed to do for obvious safety reasons.

Even though I’d only seen it once, it stuck with me.

Imagine my surprise when I saw it flipping through Amazon Prime. I thought everyone had forgotten about this one, even though every time I came across David Janssen I remembered it. 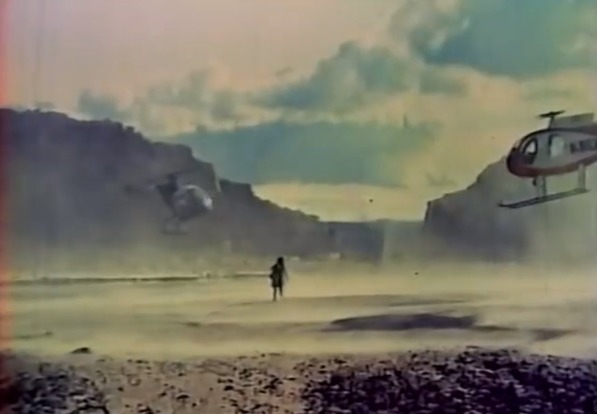 Now that I’m older, I can appreciate the effort it took to make the fast-moving action so easy to follow. Even with multiple helicopters and ground targets to track, you never feel lost, like you don’t know who is trying to do what, or what the stakes are. Solid workmanship. I particularly like the sequence where the two helicopters are weaving around the hostage on foot like a couple of hawks fighting over a rabbit. Even by today’s strong visual standards, it is interesting and memorable. 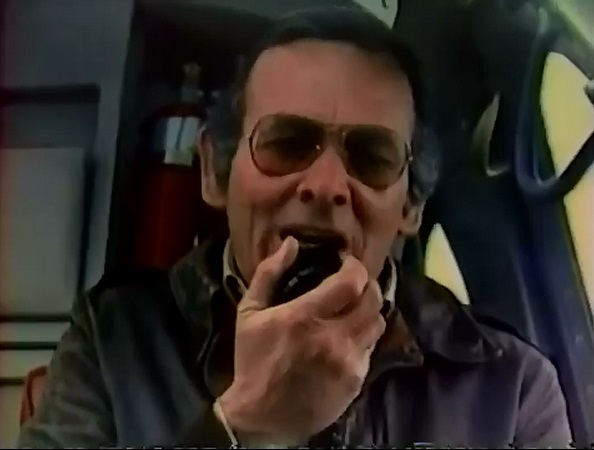 It gets better. The copy of dubious provenance Amazon is streaming is one of the grainiest, worn-down, washed-out and speckled presentations you can imagine. All that’s missing are cigarette burns. Remember that dupe of a dupe of Debbie Does Dallas you duped off your cousin? Yeah, that quality. There’s even VHS tape noise when whoever recorded it paused it at commercials. And every now and then you get a logo of a mountain-time-zone TV station. It was like being in 1983 again and boy did it bring back memories. I’m going to have to show the kids because this is a real “yeah, this is what watching a movie at home used to look like, guys” experience. Honestly, I loved every minute so I had to share.

Thank you, whoever taped this off of K-PHO and painstakingly edited out the commercials. Like David Janssen’s character in this movie given one more chance to be a daring aerial hero, you took back to my VHS glory days.

Prime is great for this kind of thing, and Youtube is even better – there are a ton of ABC mow’s there. I just wish the networks would realize that there’s a market for this stuff. I would give my eyeteeth for season sets of the ABC Movie of the Week, especially. They need to hurry, though – we’re not getting any younger…

IS there is market, though? Or are there just five of us, and I know them all personally? I wonder sometimes.

They’re damn good movies, a lot of them. Time’s running out!