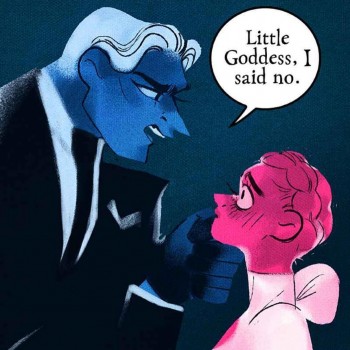 I’ve been following webtoons.com on my phone’s app for a while and had Lore Olympus suggested to me many times because it is one of the most highly recommended. The thumbnail didn’t do much for me, but I recently decided to try it. The first episode is here. Oh my God…. It is so good!

In Lore Olympus writer/artist Rachel Smythe retells the Persephone-Hades story in the trappings of a modern urban fantasy. It is a full-on romance story, but also fully placed in the world of the gods and the nymphs and legends of ancient Greece, with cell phones, Fatesbook, cars and glitzy parties.

Nineteen-year old, over-protected Persephone is staying with Artemis while she starts university. They go to a party at Hera’s house, and only intend to stay for one drink, because Demeter, to protect her daughter, raised her in the mortal realm and Persephone is not used to any of the gods’ vast wealth. In her family, they make things. 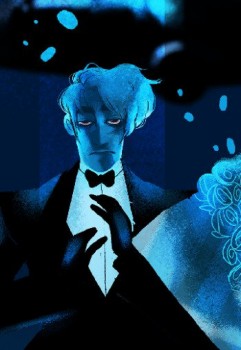 Eternal bachelor Hades is going to the party too, for just one drink, because his lover is jerking him around and said she doesn’t want to be seen in public with the God of Death. 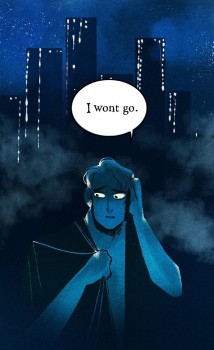 Hades notices Persephone when she drops something and says “She puts Aphrodite to shame.” Of course Aphrodite hears this and gets Eros to get the innocent and trusting Persephone drunk (and drugged) and leave her in the back of Hades’ car so that some scandal will ensue.

Hades gets home, realizes the hot girl is drunk in the back of his car. 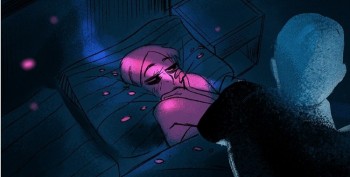 Hades doesn’t just have Cerberus. He has 7 dogs he dotes on and all of them except the toy dog love Persephone. 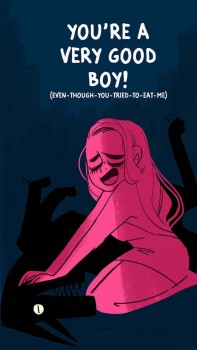 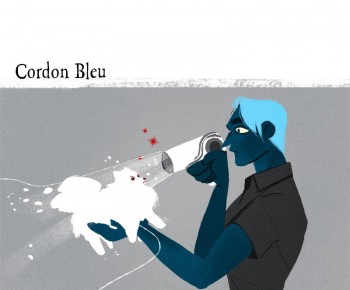 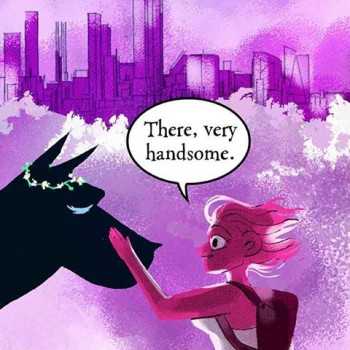 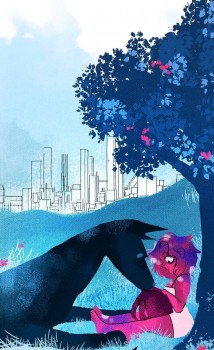 Hades realizes he shouldn’t be going after Demeter’s daughter, and he leaves her at home, but meddling Hera decides to assign Persephone to do her university internship in Hades mega-corporation in the Underworld. 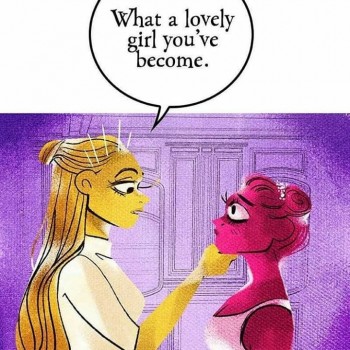 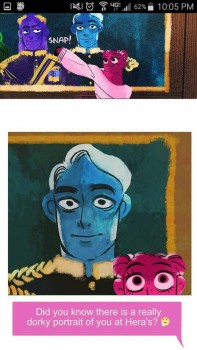 So they must see each other down there. Add in paparazzi, a jealous girlfriend, a terrible god who has the hots for Persephone, and it’s on. 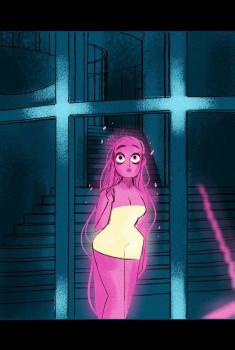 The art is highly stylized and amazing, with some of the best color work I’ve seen in a while. 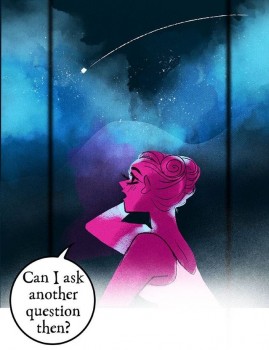 And just after I binged all 56 free episodes, I saw that Lore Olympus had been nominated for an Eisner Award in the Webcomics Category. I can totally see why. 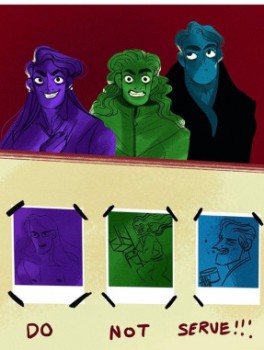 Most of the episodes of Lore Olympus have *over* 999,999 likes and Ms. Smythe has 4,664 patrons on Patreon. I feel that the critical, fan and financial success is well deserved and I’m really please that the the internet has made a business model where such a good comic finds its audience and pays the creator well. 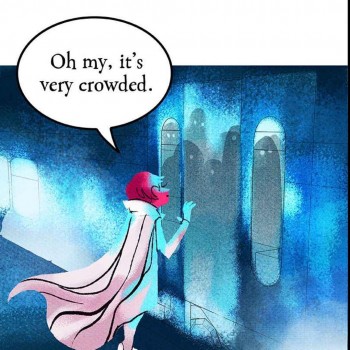 A lot of people lament the state of comics, but I find those people tend to miss the huge and thriving online webcomic industry that mirrors the regular industry in terms of distribution of wealth and fans, but does so without any publishing gatekeepers. Lore Olympus is a really good example of the health of the industry as a series with literally millions of readers. And now it’s nominated for an Eisner 🙂

If you enjoy Greek myth or romance, I highly recommend checking it out. It’s free, like all the other comics on webtoons.com.

Derek Künsken writes science fiction and fantasy in Gatineau, Québec. He tweets from @derekkunsken and his second novel, The Quantum Garden, is available for pre-order everywhere. His first, The Quantum Magician, was long listed for the BSFA Award and was a Barnes & Noble scifi pick of 2018.