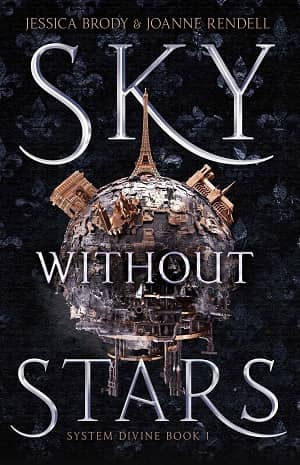 Now here’s an interesting item. A fat, epic YA novel that reimagines Victor Hugo’s classic Les Misérables as a tale of revolution on the French planet of Laterre. Caitlyn Paxson at NPR calls it “kind of brilliant… a massive tome, full of twists and turns and a thousand agonies that propel its characters to their inevitable fates.” It arrived in hardcover from Simon & Schuster in March.

A thief.
An officer.
A guardian.

When the Last Days came, the planet of Laterre promised hope. A new life for a wealthy French family and their descendants. But five hundred years later, it’s now a place where an extravagant elite class reigns supreme; where the clouds hide the stars and the poor starve in the streets; where a rebel group, long thought dead, is resurfacing.

Chatine is a street-savvy thief who will do anything to escape the brutal Regime, including spy on Marcellus, the grandson of the most powerful man on the planet.

Marcellus is an officer — and the son of a renowned traitor. In training to take command of the military, Marcellus begins to doubt the government he’s vowed to serve when his father dies and leaves behind a cryptic message that only one person can read: a girl named Alouette.

Alouette is living in an underground refuge, where she guards and protects the last surviving library on the planet. But a shocking murder will bring Alouette to the surface for the first time in twelve years… and plunge Laterre into chaos.

All three have a role to play in a dangerous game of revolution — and together they will shape the future of a planet.