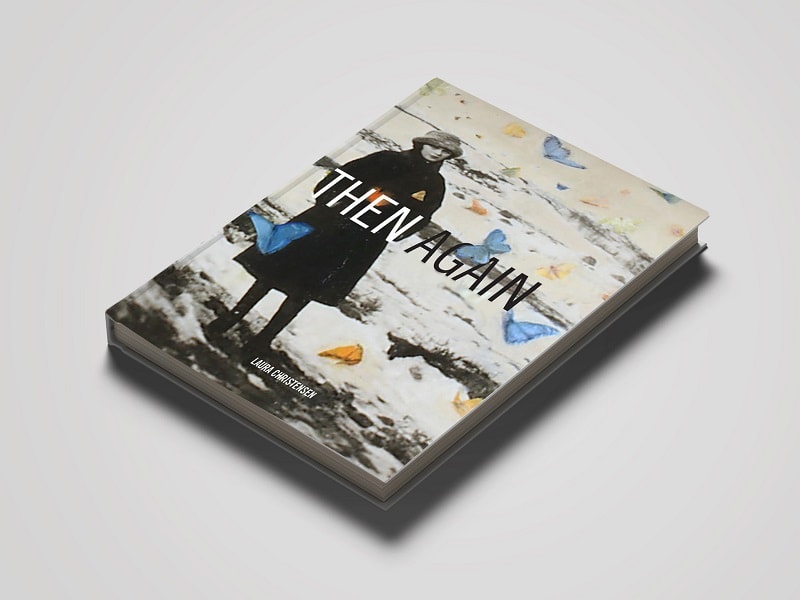 Where can you find original short stories by John Crowley, Sofia Samatar, Sarena Ulibarri, Tina Connolly, Mary Ruefle, Elizabeth Hand, Paul Park, Jim and Karen Shepard, Paul Di Filippo, Akiko Busch, Safia Elhillo, Jeffrey Ford, Kij Johnson, Kirsten Imani Kasai, Renee Simms, and others all in one place? Now this is a Kickstarter campaign worth backing — one of the rewards is a special edition of this book.

Laura Christensen is a visual artist who has developed a technique for painting on found vintage photographs. Her seamlessly altered photographs are like stills from dreams: surreal, but real-seeming. By the time she finds a photograph, its chains of personal connections have broken. Subjects are freed to become characters cast and costumed, players in other stories. As an extension of this practice, she has invited 30 award-winning authors to write stories and poems in response to her art.

THEN AGAIN: Vintage Photography Reimagined by One Artist and Thirty Writers, is the singular anthology that assembles these richly imagined stories and poems with the captivating images that inspired them. 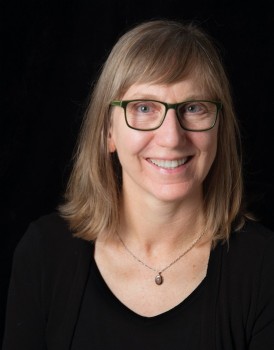 Imagining possibilities and forging new worlds, the stories and poems amplify the art. The artworks intensify the writings. Throughout the collection images evolve, characters re-appear, plots reveal, symbols come alive. We dream together.

The book blends literary and speculative fictions through the lens of Laura’s painted photographs and contributing authors include some of the freshest and most accomplished voices in fiction and poetry.

About the development of the project, artist and editor Laura Christensen said,

Five years ago, curator Judie Gilmore invited me to participate in an exhibit for which authors wrote in response to the art. Like illustration, but in reverse. Inspired by one of my artworks, Hollis Seamon wrote a stunning short story, so thoughtful and potent on its own. Her story further re-created the already transformed photograph. Together the art and writing generated a third radiant thing! From that experience, I was hooked, and wanted more. 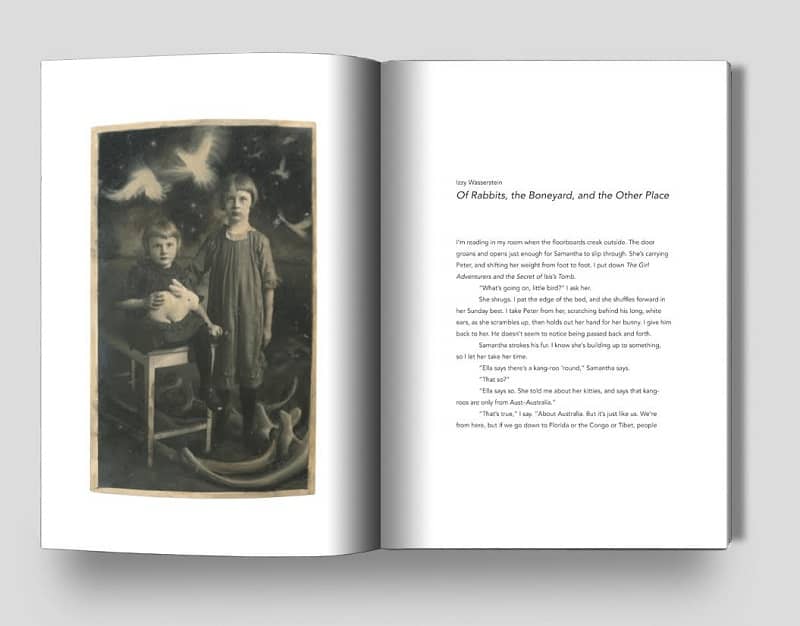 Christensen studied hundreds of poems and stories, and invited authors whose style might resonate with her art and enhance the growing collection of art and writing. The culmination is a treasury of distinct, but intertwined tales and pictures that spark imagination and wonder.

About the experience of writing in response to Christensen’s art, Sarena Ulibarri, says,

When I was a teaching assistant at CU Boulder, my favorite class of each semester was when I took my students to the University’s art museum and talked about ekphrasis. Images speak their own language, but sometimes a whole story is begging to be told: the hows and whats and whys that led to the particular juxtaposition the artist chose to depict. Often my students’ best work came out of that exercise, since the artwork sparked creative questions they couldn’t help but try to answer. And that’s what happened to me when Laura invited me to participate in this anthology. I browsed the images she offered, fascinated and entertained by their lovely strangeness, but not sure I could find a story in them. Until the moment I saw that little girl’s eyes, and the glacier crashing into the bay behind her. I had to know who she was; I had to know her relationship to the glacier. Once I saw that image, that little girl wouldn’t leave me alone until I told her story. 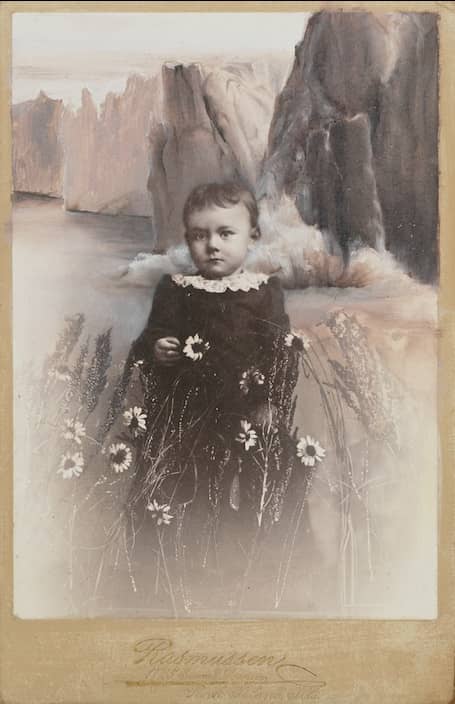 Ulibarri is a Clarion grad whose fiction has appeared in Lightspeed, Fantastic Stories of the Imagination, DreamForge, GigaNotoSaurus, and elsewhere. Her story about the little girl and the crashing glacier is featured in THEN AGAIN.

Wanting to maintain creative control and to get the book into the world, Christensen is independently publishing the anthology. She’s offering a special edition through a crowd-funding campaign on Kickstarter through April.

This guest post was written primarily by Laura Christensen (with a few tweaks by Emily Mah) Over the past two decades, Laura Christensen has been developing her technique for painting on found vintage photographs. Painting to cancel parts of images and conjure new illusions, she creates seamless, dream-like images combining past and present, photograph and painting. Her altered photographs have been exhibited at galleries and museums such as Bennington Museum, Simmons College, Tweed Museum of Art, and Kidspace at MASS MoCA. Her work has been featured online at Clarkesworld, carte blanche, Menacing Hedge, Rattle, and Tupelo Quarterly. She has won several awards, including a second Berkshire Taconic Community Foundation A.R.T. grant for the development of her anthology, THEN AGAIN: Vintage Photography Reimagined by One Artist and Thirty Writers, available on Kickstarter through the month of April, 2019.