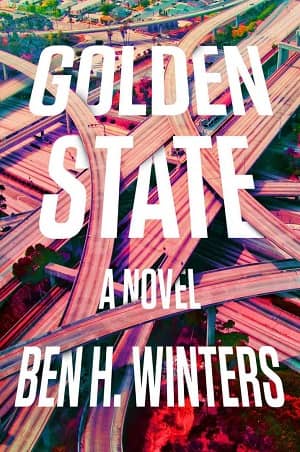 Over at Splice Today, Matthew Surridge reviews a book a novel I overlooked back in January, but I wish I hadn’t: Golden State by Ben Winters. Matthew says it’s “in the vein of Philip K. Dick mixing detective stories and science-fiction dystopias. It’s a story about truth, the pursuit of truth, and whether truth is knowable.” Here’s the part of his review that grabbed me.

I take it on faith that California exists. Various sources I trust tell me it’s a real place, despite its presence in movies, and I believe most of those sources even though I’ve never been to the so-called Golden State. Much of life is like that: one patches together an idea of the world based on a sense of what information can be trusted and what can’t.

Ben H. Winters’ novel Golden State imagines a world in which that’s no longer the case, or at least imagines a strange version of California where the residents believe in the knowability of what is Objectively So. Cameras record everything that happens, everywhere. Citizens keep a record of their daily lives in Day Books, meticulously filing every note and receipt. Some keep a record of their dreams and other nocturnal activities in a Night Book. Fiction as we know it is unheard of. Lying is utterly forbidden by law on pain of exile to the desert beyond the State’s borders. And a force of secret police, Speculators, keep residents in line with a psychic ability to detect falsehood in their vicinity. Or, at least, what they believe is a psychic ability…

Ben Winters is also the author of The Last Policeman trilogy, which we covered back in 2013.

Golden State was published by Mulholland Books on January 22, 2019. It is 336 pages, priced at $28 in hardcover and $14.99 in digital formats. See all our recent coverage of the best new fantasy and science fiction here.