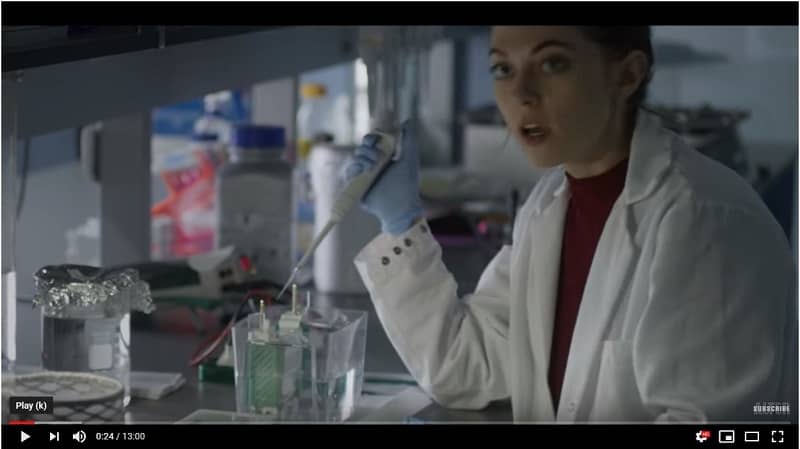 It’s always nice to see a well-made short film reach an audience. A short has a different structure and feel from a feature, and a good one is a very distinct pleasure. I get to watch a number every year at the Fantasia film festival; too rarely beyond. But one of the shorts from this past summer’s Fantasia has just been made available to a wider audience. “The Gaze,” written and directed by Ida Joglar, has been selected by the multi-platform horror brand ALTER for its YouTube channel. You can watch it there now. Here’s the film’s official synopsis:

After a late night in the laboratory where she works as a research assistant, Mayra has no recollection and suspects she has been sexually assaulted by her renowned boss. When she tells her friend about the incident, she is confronted with doubts. As time passes she becomes further distressed as she discovers she may have a power she never knew about. When she once again finds herself alone in the lab with her predatory boss, her power manifests itself to an explosive end.

My review of it is here.

I wrote and shot this film long before the #MeToo movement, based on my personal experiences and those of my friends. I wanted to start a conversation, one that legitimized the experiences of smart women in male dominated fields. Today it feels even more important, to not let the cacophony of the media overtake women’s voices, to shift the conversation to be about empowerment.

Here again is a link to “The Gaze” on YouTube.

(Note that this is a very much a horror film, with some violent and potentially disturbing images. The video’s age-locked, and don’t read the comments if you don’t want the ending spoiled.)