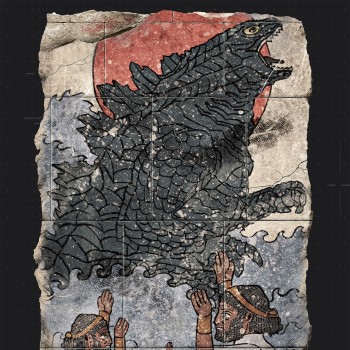 The makers of the forthcoming Godzilla film get it.

None of us have seen Godzilla: King of the Monsters (2019) yet, of course. But based on the recent trailer — and on the precedent of Godzilla (2014) and Kong: Skull Island (2017), the previous two films in the Legendary MonsterVerse franchise — I can tell you, they get Godzilla. They understand why he is the King of the Monsters, and why he has held that title for six decades. They get why he is both terrifying and inspiring, our worst nightmare and our greatest hope.

Let’s start with a glaring example of what Godzilla is not. Roland Emmerich and Dean Devlin, the makers behind the misbegotten 1998 American adaptation Godzilla, clearly did not get it. That film would have been okay — or, at least, received a bit more warmly — if only they had not called the monster in it Godzilla. Because, ultimately, it was just another generic big monster in a movie with a huge budget. The single best moment was not actually in the film, but in the teaser trailer. A group of kids are on a field trip to the science museum. The guide is showing them the dinosaur skeleton exhibit. Suddenly there is a distant rumbling. The whole building begins to shake; the tremors build; is it an earthquake? Then something monstrously huge crashes through the ceiling. Impossibly, a giant, clawed foot stomps on the comparatively puny T-rex skeleton, pulverizing it. Then the tagline appears: “Size does matter.” 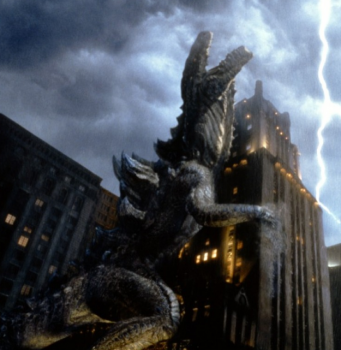 Yes, that artful tease conveyed one important aspect of Godzilla — his sheer, almost-impossible-to-comprehend size — and portrayed it in a way that was both effective and provided the bonus of a clever punchline. Size matters, but it isn’t the only thing that matters. Far from it. There have been thousands of giant monsters, but only one King. (Well, two if you count King Kong. And you probably can.)

When the original Toho Godzilla film debuted in 1954, the titular monster “Gojira” was intended to be — and clearly recognized as — a metaphor for nuclear devastation, as the monster laid waste to Japanese cities with his atomic breath much like the two U.S. atom bombs had done a decade earlier.

Gojira might have originally been nuclear annihilation incarnated as a hundred-foot-tall scaly green muppet, but he has come to represent something much different. Today he represents the raw fury of nature itself. An indifferent, amoral nature: hurricanes that wipe out coastal towns; fires that burn hundreds of thousands of acres and destroy thousands of homes, making no distinction between good or bad, rich or poor. Your well-built houses in gated communities with state-of-the-art security systems mean nothing when nature comes knocking.

History shows again and again / How nature points out the folly of man / Godzilla!

Nature occasionally reminds us that we humans are not the masters, secure and in control of our destiny, that we pretend to be. Nature’s outbursts revert us to terrified little monkeys darting around screeching in panic…or reduce us to ants, as our meticulously planned, methodically built anthills are carelessly knocked over. 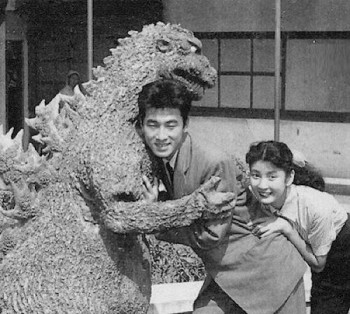 So here we have Godzilla, the ultimate analogy of nature’s untamable power and unpredictable, random destruction. A force that was here before we were and may well be here long after we are gone. But the Godzilla movies are no longer Horror films — really haven’t been since the first one. They are fantasy, and so we have exercised some wish fulfillment and given this monstrous force of nature the mantle of a protector.

In the ‘70s, when many of us Godzilla fans were growing up, this concept of Godzilla as our friend was brought to its camp extreme, with Godzilla essentially playing the role of skyscraper-sized superhero, facing off against the Big Bads. The new films have not veered into that sort of camp territory, but have much more cleverly angled the narrative to have us rooting for the Big Green Guy even as we recoil at the wanton havoc he wreaks. He is no longer either a villain or a hero. He is a king, and that is something altogether different. Of course, kings can be villains and kings can be heroes, but being a king signifies a key point about this creature we both fear and love.

During the course of evolving human civilization, kings became a thing for one primary reason: protection. For all their abuses of power, and despite some kings being more of a threat to their own people than any outside enemy, societies continued to crown them because they brought some measure of order and stability. The king stood against the chaos outside the kingdom’s borders.

Even if you were a lowly peasant whom the king would not deign to notice, living under his banner was safer than fending for yourself out there in a wilderness full of wild beasts and pillagers and bandits. The king might issue idiosyncratic decrees that arbitrarily brought some to ruin and sent others to the dungeon: Still better than the alternative.

With the first sequel to Godzilla back in 1955 (Godzilla Raids Again), which pit Godzilla against another kaiju — Anguirus, that terrifying yet somehow endearingly cute armadillo the size of Texas — the coronation to King was underway.

Smartly, the new franchise started right out the gate by introducing other kaiju besides Godzilla:  the MUTOs (Massive Unidentified Terrestrial Organisms), those giant cockroach-monkeys that arise to procreate and lay their eggs. Their eggs will hatch in what will undoubtedly be the scattered carcasses of great cities, portending the downfall of human civilization — but for one thing. One. Really. Big. Thing. Godzilla. For that great beast has awoken too, and he is here not to wreak mass destruction on our cities (although he will do that, without giving it a second thought), but to smash those ancient roaches before they despoil the planet (which is his planet, too, after all. You might say it is more his planet than ours).

The new movie promises a smorgasbord of awakening “titans,” elder gods rising up to reclaim their dominion of the world. They will shake off their slumber to see what the tides of evolution on the Earth’s surface have produced over the last few millennia for them to eat and smash and blow up.

But, as Thomas Middleditch’s character in the trailer points out, some of them are protectors — some of them will be for us, some of them against us. (And of course we longtime kaiju fans already know who the protectors will be: Godzilla and Mothra. Rodan’s a wild card.) Middleditch’s character advises the congressional committee he’s addressing that our only hope is to identify those who would protect us, and align ourselves with them.

A senator asks incredulously, “So you’d want to make Godzilla our pet?”

Dr. Ishiro Serizawa (Ken Watanabe) pipes up: “No, we would be his.”

Yes. Exactly that. Better to be a barn cat than the roasted pig on the table.

(Side Note: Watanabe always gets the best lines in these films, and he delivers them so perfectly. It was he who spoke that iconic line in the last film: “Let…them…fight!”)

It was a happy linguistic coincidence that when the name “Gojira” was transliterated into English, the result — Godzilla — contained the word “God.” He is a rough, pagan nature god. In the 2014 Godzilla, the filmmakers even incorporated the dying-and-resurrecting god cycle (perhaps unintentionally — maybe just to increase the suspense; but it is there, subconsciously, nonetheless). At one point, Godzilla is down for the count. He seems to be dead. Then he arises from the grave to defeat the MUTOs with satisfying, carapace-crunching finality.

He is not our “friend.” A better analogy would be if you signed a petition to preserve a native tall-grass prairie field by your home. You do not care about any individual moth or bee in that field; you don’t cry if a moth gets stepped on. But you will stand against anyone despoiling that field or wanting to put in a gas station. Your interests and the interests of the butterflies and bees just happen to converge. To Godzilla, we are moths and bees, scurrying ants and beetles. He is on an entirely different SCALE than us. But, thank God, Godzilla’s a conservationist. He likes the world just fine the way it is, thank you. With him at the top of the food chain.

Of course, this means that someday we, the human race, may become so great a threat to the planet that Godzilla sees us as an enemy to be wiped out. And if that day ever comes, we’ll probably be rooting for him. Long live Godzilla. Long live the King.

*For excellent, in-depth coverage of the decades-long history of Godzilla films, check out Ryan Harvey’s posts HERE on Black Gate.