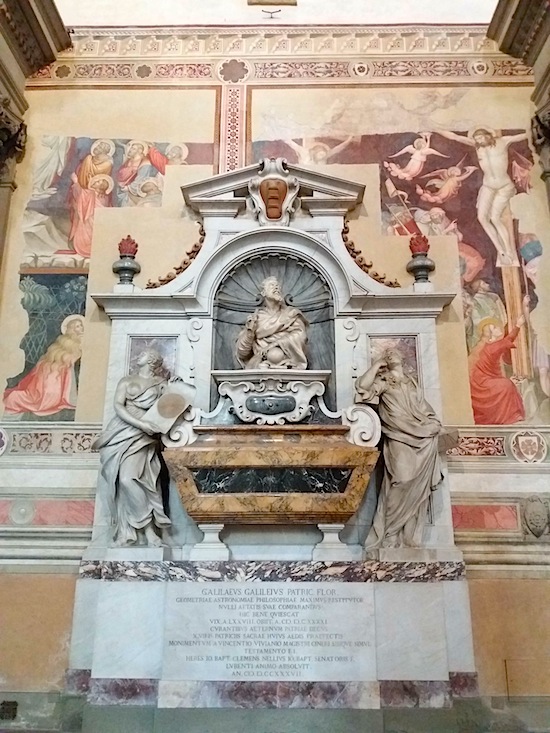 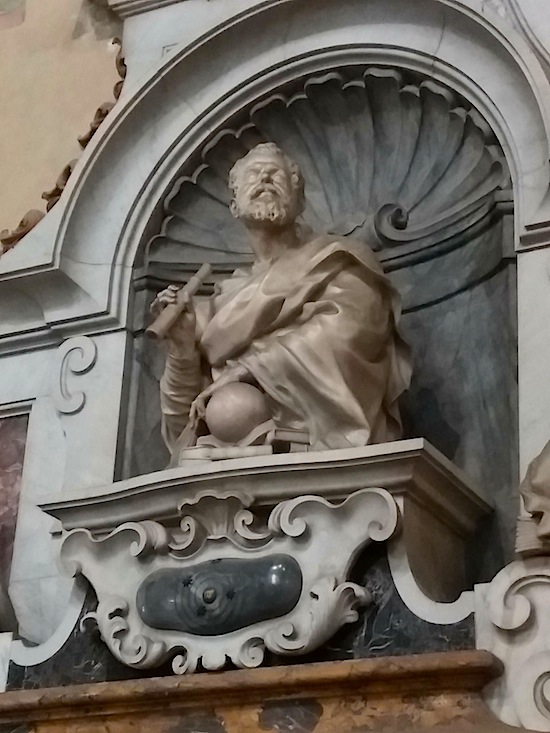 A closeup of the tomb. Galileo is sporting one of his famous telescopes

We started at the end, by visiting his tomb at Santa Croce. This basilica, started in 1294 and consecrated in 1442, houses the remains of several Italian greats, including Michelangelo and Machiavelli, as well as monuments to Italians buried elsewhere such as Dante and Marconi. For us, the tomb of Galileo was the main attraction. It’s a fine tomb, with a statue of Galileo clutching a telescope and looking upwards into the universe.

Galileo Galilei was born in Pisa in 1564 and moved to Florence at an early age. His father sent him to the University of Pisa to study medicine, but he was far more interested in mathematics and Aristotelian philosophy. Even so, he dropped out in 1585 to pursue a career as a teacher and researcher.

He made many advances in the study of motion and gave lectures at several prominent institutions, which led to him being given a chair of mathematics at the University of Pisa in 1589, just four years after he failed to graduate. Try doing that nowadays! His career had truly begun. There are many good sources for Galileo’s life and work, so I won’t go into them here except to look at the achievement for which I admire him most–his telescopic discoveries. 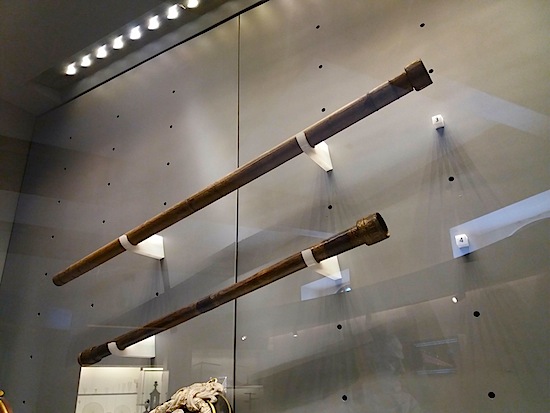 The telescopes themselves. Yeah. I had a
total fanboy moment when I finally laid eyes on these

In 1609, Galileo heard that a newfangled device called a telescope had been invented in the Netherlands. He figured out how it worked, taught himself how to grind lenses, and improved on the original design. He ended up with a telescope with 20x magnification.

In the fall of that same year, he turned one of his telescopes toward the night sky, and the world changed forever. First he noticed that the surface of the Moon was not smooth like everyone thought, but pitted with craters and bumpy with mountains. More discoveries followed–that there were far more stars than were visible with the naked eye, that Jupiter had four moons in orbit around it, that Venus went through phases like the Moon, and that Saturn had a bulge in the center that he couldn’t quite resolve enough to figure out it was a ring.

Galileo realized the evidence supported the heliocentric model popularized by Copernicus. He may have suspected this before, but now he was convinced. He began to speak openly in favor of the heliocentric model in lectures and writings. This soon got him in hot water with the Church, which had become increasingly hostile to Copernicus’ theory. In 1615, the Inquisition pronounced the theory heretical. Galileo was no longer able to write or speak about what he knew to be true.

This setback lasted until the 1632, when he was able to slip past the censors with a book titled Dialogue Concerning the Two Chief World Systems, Ptolemaic & Copernican, that treated the heliocentric model “hypothetically”. Church authorities weren’t fooled for long. It was obvious which side Galileo was coming down on. Galileo was summoned to Rome to face the Inquisition. He was sentenced to life imprisonment, but his powerful friends were able to keep him out of jail. Still, he was closely monitored for the rest of his life. His next book, which was about material science and motion and had nothing to do with Copernicus, had to be smuggled out of Italy and published in the Netherlands.

Despite going blind, Galileo continued working and questioning and exploring until his death in 1642, an unbroken man. 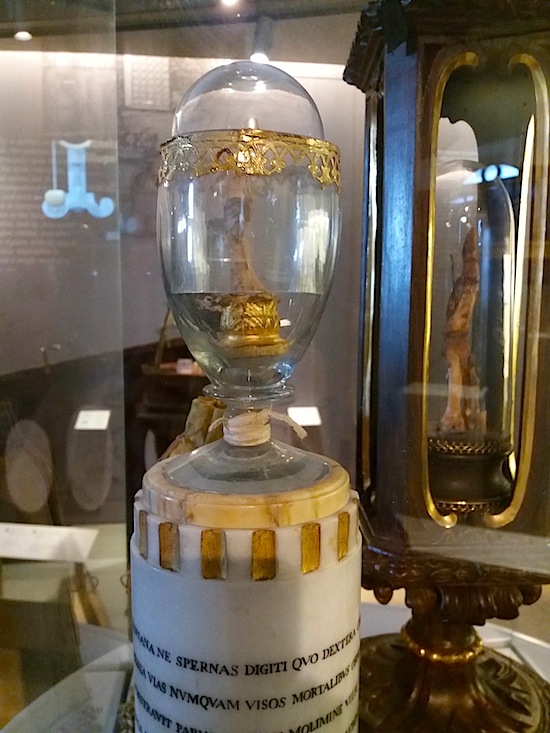 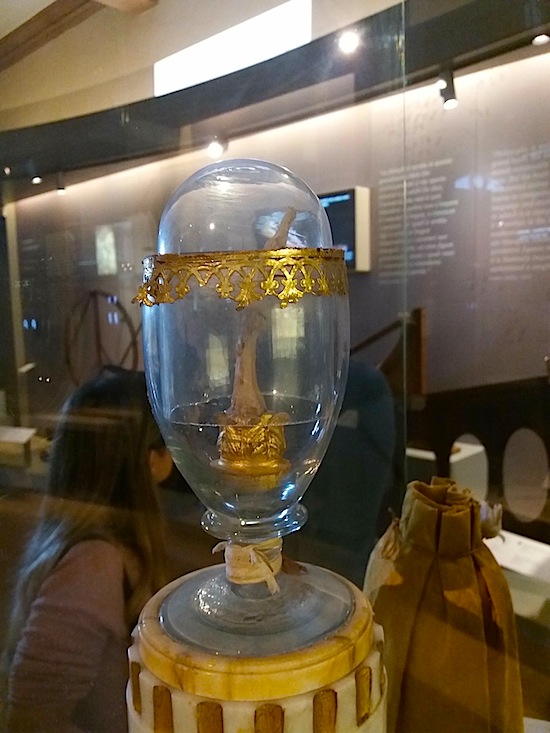