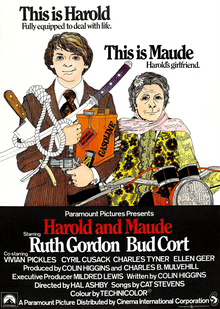 We all do it. We all have favourite lines that we quote at appropriate – and inappropriate – times. It happens even when you’re out of the house, and sometimes leads to the person you’re with asking “That’s from a movie, isn’t it?” To which the answer is pretty much always, “yup.”

The movie that gets quoted most around our house is the one I was talking about last time: The Princess Bride. Back when I was working as a temp, I used to say “Murdered by pirates is good” every time I left a particular doctor’s office. (When I passed a certain other person in the corridor, I would whistle the witch’s theme from The Wizard of Oz)

When we’re watching Jeopardy, and the contestant misses something we consider an easy one, we shout “Morons!” at the screen. It’s both an accurate representation of our feelings at that moment, and a reference to our favourite movie. It  relieves our feelings of outrage, and it’s fun.

Which is really what we’re all doing, when we make these quotes – which are, as I’m sure you already know, allusions, a particular type of reference. These lines don’t refers directly (or only) to the movie they come from. Like the examples I’ve given you, they usually also comment on or expose something about their present circumstances. They’d work in the context, even if you don’t recognize the source. Well, maybe not the whistling.

What else are we doing when we use these allusions? With the people we already know, we’re underscoring our common experience. For the people we don’t know, it’s a short cut to identifying members of our tribe. We often like the people who like the same things we like. It’s also easy to see how people relatively new to a group can feel left out – which doesn’t mean they’re not one of your tribe, it might just mean they’re a different subset.

Most of the people I know don’t have incredible memories. This ability to remember and recognize lines comes from repetitive watching of movies. Some people don’t re-watch movies even if they loved them, just like some people don’t re-read books. So just because these people don’t recognize a quote, it doesn’t mean they don’t like the same things you like. It might just mean they aren’t in the habit of re-watching films. (Weirdos) 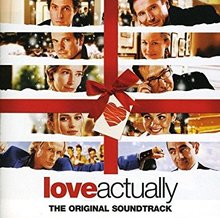 Familiarity can also lead to parody – which is just plain fun, where you’re counting on the other person recognizing the source. Here’s one that I’ve used to good effect: “The day may come when the houses of men will clean themselves, but it is not this day.”

Whenever one of us gives the other something unexpected, the receiver is likely to say: “To keep me mouth shut?” And then there’s the ever popular “Label, label, label.” Or, when we’are in the kitchen, “Ladle, ladle, ladle.”

You need to point out that something isn’t as easy as it looks? “Eight is a lot of legs, David.” Or maybe you just saw an octopus.

People don’t seem to be listening to you? “I had a bad experience.”

This one’s just to versatile to need explanation: “It goes to eleven.”

From The Maltese Falcon: “People lose teeth talking that way.” Fits a lot of situations!

Thomas: love it. It’s even better than the ones people usually use, “Round up the usual suspects” or “this may be the beginning of a beautiful friendship.”

There was a point when my friends & I could have entire conversations using nothing but Simpsons and Star Wars quotes.