For my whole life I’ve considered myself, in my heart-of-hearts, to be not a writer, but a novelist. Despite writing dozens of short stories, a handful of novellas, and even having serialized my own long-form story on my (defunct) blog in 2008, the novel has always had my devotion as a writer and reader. I’m both comforted and challenged by the boundaries of a novel’s of length and depth, the pacing and potential of the form. Not to mention the simple pleasure of a mass market paperback in my hands.

This is all to say that writing with a team for Serial Box’s Tremontaine is not my natural state. But it’s been a wild, fulfilling ride, and that seems accurate to describing the experience our readers have had.

Before joining Serial Box, I knew nothing about TV writing except that I loved watching the results. When Ellen Kushner invited me to write for Season Two of Tremontaine, I dove in head first with barely an understanding of the form from which we would be stealing.

First up was the Story Summit. All the writers flew to New York City for a long weekend trapped in a flat with caffeine, snacks, and a thousand notecards to brainstorm and outline the entire 13 episode season. It was intense. I’d never met most of the other writers before, and we all brought our own interests and needs and skills to the table. Fortunately we were linked by a love for Kushner’s Riverside series, as well as being focused on turning out the best story possible. On the first day I was positive we’d never get the whole season plotted before I had to fly home, but somehow at the end we not only had marked out all the beats of plot and character we needed, we’d even assigned episodes and practically had names for some of them!

After we all dispersed again, it was time to work on our individual outlines. We work in phases, with clusters of episodes at a time. At every step of the way we’re in contact via email, a dedicated slack channel, and conference calls. We go over each other’s outlines, argue about plot points and dialogue nuance, and help each other out with major moments as well as finessing certain emotional arcs. Every outline is mutually approved, and then we go through the same thing with first drafts of episodes. Second drafts are read by at least one of us, but often two (it’s been my job the last two seasons), before they’re send off to our external editor. We see them again for revisions, for which we get a group letter, and then copy edits before the episodes are off to production. We always hit a point during the season when we’re working on copy edits for phase one, revisions for phase two, and first drafts for phase three all in the same month.

But these layers of cooperation and conversation are what let us make an exciting, fast-paced, tightly-plotted (if I do say so myself!) serial that can not only hook but satisfy readers week after week.

The basic foundation of this writing style is stolen from TV writing, but of course we retain more control because our material never is faced with yet another layer of collaboration in the form of directors and actors who would add their own interpretations. We’ve been going strong for three seasons, and season four, while being our last, is going to be the best yet. This year there are no newbies, and we’re all practiced at the format, with better instincts for exciting beats and the measure of what our readers want — and need. 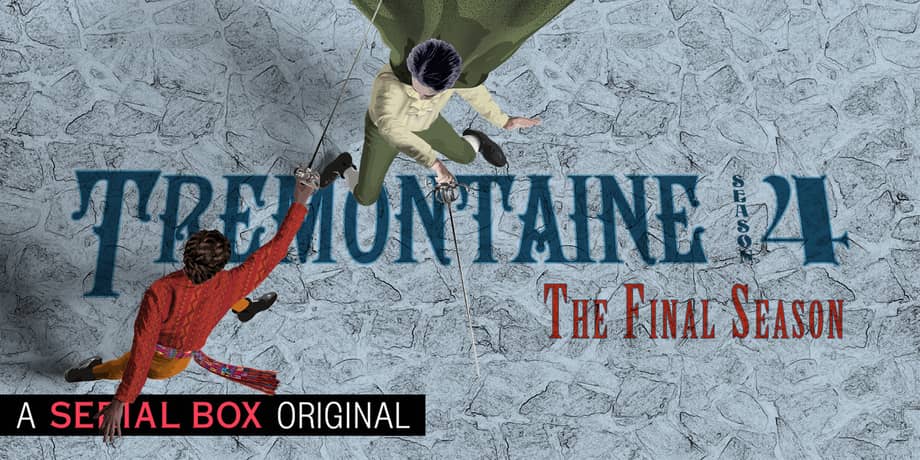 I’ve enjoyed watching readers discover Tremontaine online, and the rather unique way it draws them along as a serial. Many of our readers like to guess what will happen next, to speculate and argue, must like TV viewers, and it’s delightful to watch and even experience all over again. I read along, too, with each episode as it released, to better understand the form, and to better engage with readers being shocked, horrified, turned-on, intrigued for the first time.

The key to Tremontaine’s success, I think, is the tight-knit Story Summit. We get to dig in to each other’s best (and worst) ideas, see each other’s excitement and hesitations, to bounce ideas off of each other in a marathon that is exhilarating and exhausting. We get to surprise each other, too, which helps with surprising readers. From that point, we draw it all through the rest of the writing process. The Story Summit gives us a touch-stone for the tone of the entire season, as well as flashes of memory to draw on and moments of friendship for when we’re feeling lost or discouraged with regards to the individual writing.

Though sometimes scheduling is a disaster and we have too-long arguments or sudden changes can throw a wrench into everybody’s lives, I think it’s the dynamism of the writing process that feeds directly into the reader experience being equally dynamic. I’ve never worked on anything quite like Tremontaine, and do not even hesitate to say there’s nothing quite like it for readers, either.

Editor’s Note: Use the link below to get Tremontaine Season 1 for just $1.99 with the Black Gate discount code!

Tessa is the author of two young adult fantasy series: The Blood Journals, gothic horror and romance on the prairie, and Gods of New Asgard, epic road trip romances set in an alternate USA founded by Vikings and their gods, as well as the adult SFF novel The Queens of Innis Lear with Tor. Her forthcoming work is the YA fantasy Strange Grace with McElderry coming September 18, 2018. Visit her at tessagratton.com, @tessagratton, tessagratton.tumblr.com, instagram.com/tessa.gratton.