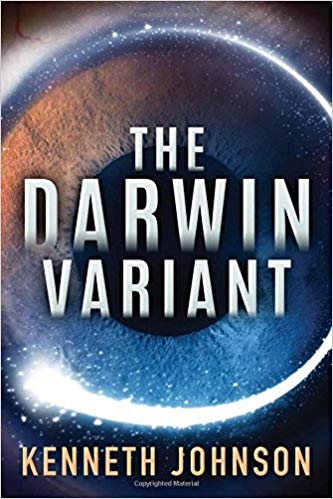 Last year I had the opportunity to interview Kenneth Johnson, the famed television writer-producer-director responsible for The Incredible Hulk, V: The Original Miniseries, The Bionic Woman, and Alien Nation, about his upcoming novel, The Man of Legends. Mr. Johnson, or “Kenny” as he prefers to be called, is the interview subject most writers dream about: warm, humorous, intelligent, and overflowing with anecdotes showing the amount of thought he infuses into his work. This depth of thinking shows in The Man of Legends, a multi-character epic about an immortal man and the people he encounters in his long past and the urgent crisis of his present. It was, without a doubt, my favorite new novel of 2017.

Plenty of readers agreed with my opinion and made The Man of Legends a bestseller. Amazon’s 47North imprint immediately asked the author for a sequel. Although there was room for a follow-up, Johnson had shifted onto an idea that could use the same multi-narrator structure of The Man of Legends to tell a different type of epic — a viral outbreak tale with a twist that goes into territory similar to V: The Original Miniseries.

When Kenny called me to ask if I wanted to read the new book, The Darwin Variant, and talk to him about it, I couldn’t say “yes” fast enough. This time I had the good fortune to interview him in person at his Sherman Oaks office, where photos covering the walls recount his own “Man of Legends” history with everyone from Bill Bixby and Vincent Price to George Burns and Nikita Khrushchev. (Actually a taxi driver from NY who posed as Kruschev for The Mike Douglas Show, which Kenny was producing at the time.)

The Darwin Variant explores what occurs when members of humanity make a sudden evolutionary surge. Their intelligence rises rapidly, but something else fails: their empathy. These superior humans are aggressive, dominant, compassionless, and they’re threatening to remake the world. In the chilling words of a leader of the evolutionarily elevated group calling themselves The Friends of America (or just “The Friends”), “We’ll do good — exactly as we want it.”

It’s a timely and terrifying concept. Johnson weaves it into a tight science fiction thriller offering hope among the horror, and a fascinating duel between the ethos of the Survival of the Fittest and the evolution of humanity toward a better humanity, not merely a smarter one. “More intelligent? Yes, you are,” a character challenges one of the infected Friends. “But more educated? Not at all.” Reaching that education is the journey the book takes readers on.

A bit of When Worlds Collide, a touch of 2001: A Space Odyssey, a smattering of The Andromeda Strain, many pieces of disease outbreak and zombie apocalypse tales … there’s plenty going on here for science-fiction readers to recognize and enjoy. The strongest similarity is to the thrillers Michael Crichton once wrote, but with Johnson’s characteristic warmth and humanism emerging in even the darkest circumstances. And this is often a dark story that draws readers uncomfortably close to the worst in humanity acted out by those who should be examples of the best. The optimism remains because Johnson has an affection for his characters — even some of the villains — that shines through the darkness.

The Darwin Variant is a good deal of adventurous fun as well. A story of resistance fighters on the run, chases and escapes, aerial pursuits through swamps, and — well, you remember how much fun V: The Original Miniseries was, don’t you? Kenneth Johnson knows how to tell a damn exciting story. He gives readers the treat of a complete mini-novel in the opening eighty pages: a hard SF white-knuckler about the impending threat of a comet on a collision course with Earth. For most writers, this would be the entire novel, and they might feel satisfied with achieving even half of the tension Johnson grinds from this scenario. But The Darwin Variant is only getting warmed up at this point. The combined victory of Earth’s nations over the comet is only a prologue to the No-Empathy Apocalypse, where the foes are the smartest people on the planet.

According to Johnson, the idea for The Darwin Variant started to form in the 1990s when he was thinking about re-exploring the concept of V: The Original Miniseries. What happens to a spectrum of people when an oppressive power on tank treads rolls into their lives and seizes control? V started as a tale of a fascist takeover of the US without any science fiction elements; it was a parallel to what Europe faced when the Nazis took power. The oppressors of V changed from fascists to aliens before they reached television screens, but the theme of seeing how a range of characters deals with an über-power was identical. “What’s fun about ensembles,” Johnson tells me in his office, “and this is true in V and in The Darwin Variant, is you get to present to readers the question: ‘Which one of these characters are you? Do you side with the dominant force, do you resist it, or are you somewhere between?’” 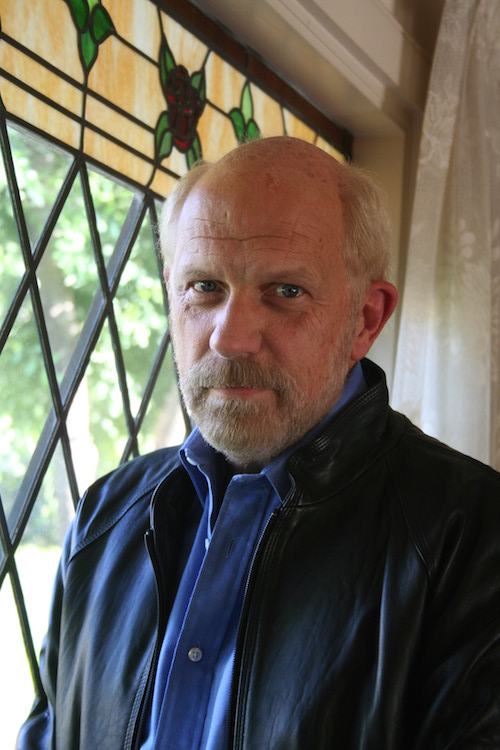 Johnson was faced with a challenge in how to create an abruptly dominant “Master Race.” The answer came from space this time as well, but in the form of a microbial virus riding on comet fragments that scatter over Georgia. “I thought about a virus that makes people superior beings, but there’s a downside. You have a 110 IQ in the morning, you get infected with this virus and suddenly you’re a 150 or 160 IQ — you have literally become a superior being. The downside is a diminishment of empathy, compassion, basic humanity. That gave me the opportunity to play with a spectrum of people and how each would react to that. Would they want to get themselves infected so they could be smart? I mean, who wouldn’t? Unless you realize the downside from the start and have an opportunity to weigh it.”

In the figures of his two heroines, Dr. Susan Perry of the CDC and fourteen-year-old Katie McLean, whose older sister is one the first infected, Johnson creates inspirational figures of the best kind — the heroism of the ordinary who rise to the extraordinary. Strong women are a backbone of much of Kenneth Johnson’s writing going back to his television work in the 1970s. In fact, across his career, the largest demographic his shows have brought in has been adult women.

Johnson can trace his interest in powerful women characters to his childhood: “I grew up in the ‘50s, my parents divorced when I was very young. My mom remarried, he was a nice guy, but my mother was the dominant force in the house. She was a businesswoman. The good side of my mother was that I had before me a woman who was confident, strong, beautiful, and moving in the world of men — where, to my mind, she absolutely held her own. She took no prisoners. I’ve always, just in my psyche, had the knowledge women are equal to men. It’s been natural to me to have the female characters be dominant players — not just the wife, the girlfriend, the sidekick. I felt a responsibility as a writer in this town to create more strong roles for women because I felt they had been underserved.” It’s no surprise that the heroines of his new novel — Susan, Katie, and Lilly — share the first names of his wife, daughter, and granddaughter.

Another early inspiration came from the heroine Nyoka in the Republic serials Jungle Girl (1941) and its sequel The Perils of Nyoka (1942), which are loosely based on the 1931 Edgar Rice Burroughs novel Jungle Girl. “Nyoka was feminine but also a strong heroine who could get herself out of fixes,” Johnson recalls. “She didn’t always need the help of Clayton Moore. She saved him as often as he saved her, and I thought that was really cool. I realized you could have a strong female and have the story be about you.”

Although his mother had a powerful positive influence on him, Johnson notes there was a negative side to her, and it also informed his thinking. “She was a terrible bigot and a virulent anti-Semite. I heard this every night at the dinner table. When you’re an only child, you’re frequently the sounding board. I’ve often wondered how I escaped that. For some reason, I didn’t go that direction.” This tension appears in characters in The Darwin Variant who find themselves suddenly among cruelty, often from people they’ve known their whole lives. Both Susan Perry and Katie McLean watch people they love be ripped away from them because of the effects of the virus, and they resist the offers these same people make to join the Friends — often tempting offers with the promise that they might use the power for good. There is temptation on the other side as well. Among the Friends are people who cannot completely give themselves to the icy aggression because of the strong moral centers they had before their infection. This is another of the marvelous seeds of hope in the book that give nuance to the conflict.

There are more than twenty different first-person narrators in The Darwin Variant (along with documents and security-cam descriptions to create external POVs for suspense and action). The rapid change in voice keeps the story moving at a fast clip while providing the range of views of what it means to become a superior but unempathetic human. One of the most interesting narrations is from a character readers get to know before he becomes infected and joins the Friends their highest level. When his mind opens up to spill out his twisted new intelligence, it’s an enlightening and horrifying view.

“When you write for multiple characters,” Johnson says, “it gives you a chance to develop them from the inside out, how they think and how they talk. What amazed me about War and Peace the first time I read it is that there’s a whole universe of characters, but as it goes Tolstoy pulls them together. I’ve always said I never could’ve written V if I hadn’t read War and Peace.” As with V, Johnson executes a superb drawing together of the threads of his narrators toward a fascinating resolution to the thorny questions of The Darwin Variant.

The Darwin Variant is currently available in print, Kindle, and audiobook from Amazon. I’m eagerly awaiting the next epic Kenny has in store for us.