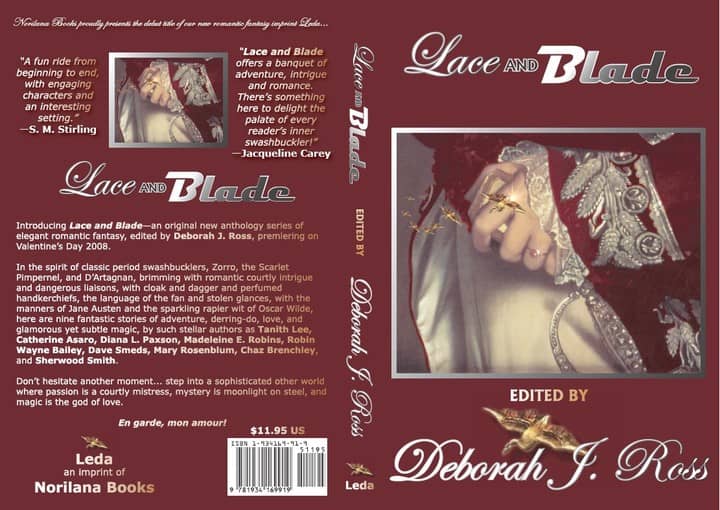 Over the succeeding days as Salvaria and Alvaro’s mother hammer out details of Alvaro’s marriage to Renata, the young man has additional run-ins with the brigand who has focused attention on Alvaro’s neighbor, a Duke who has squandered his magic, and his son, Bacario, who mistreats the serfs and slaves on their property. Night Wind works to see that the slaves receive a modicum of justice and Alvaro begins to appreciate the brigand as a sort of Robin Hood figure.

Rosenblum builds a rich setting, but the twists she introduces into the story are obvious well before her revelations. Few of the relationships have any real depth, perhaps the one that stands out the most is the antagonistic association between Bacario and Alvaro as the two men disagree with each others’ methods and taunt the other for perceived weaknesses.

Reviewed in its only publication in the anthology Lace and Blade, edited by Deborah J. Ross, Norilana Books 2008.