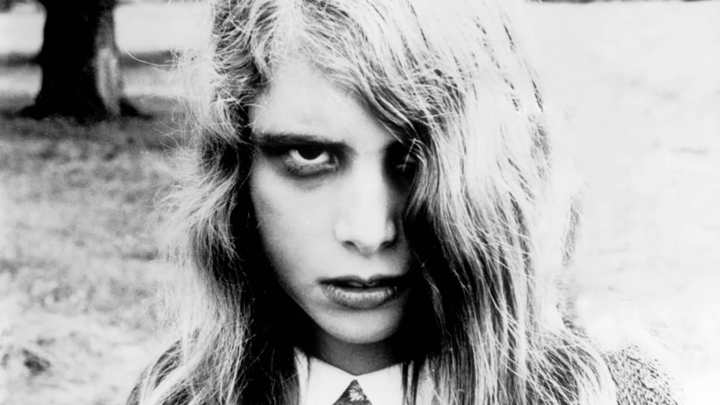 Kyra Schon as Karen Cooper in Night of the Living Dead

When George Romero, the Don Corleone of zombie movies, died last year, I did what I’m sure countless others did: I turned off the lights, boarded up the windows, laid in a supply of popcorn and Molotov cocktails, and settled down to watch Night of the Living Dead.

I first heard about the movie in the early seventies, when I came across an outraged condemnation of it in a Reader’s Digest I was flipping through while waiting to get my hair cut. When the flabbergasted critic said that the film’s monsters actually ate their victims — right there on the screen, I thought, “Oh, man — I have got to see this!” I caught it very soon thereafter on late night TV; it did not disappoint. It left an indelible mark on my psyche, and as a result I spent the next few years ignoring the teachers I was supposed to be listening to because I was too busy sketching out ways to defend my high school from a zombie attack. A typical American adolescence.

I have always considered Night of the Living Dead to be the most frightening of all horror films, and this most recent viewing revealed the movie to be as great as it ever was. In the years since 1968, other movies have certainly gone farther, but no movie has ever had as much impact; Romero’s nightmare vision can make your skin crawl in all the right places even now, and the hopeless, downbeat ending still packs quite a wallop. I watched with the same mounting dread and finished with the same feeling of lingering unease that I always experience after spending a claustrophobic evening with this soulless, hungry crew. 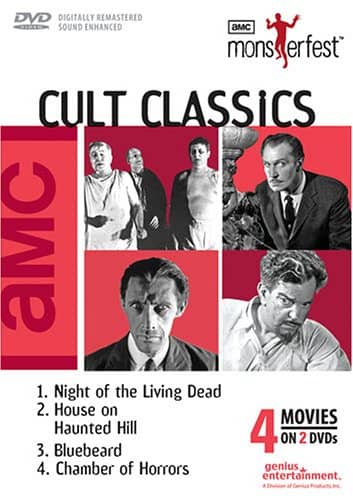 The only downside to my memorial viewing was the quality of the copy I had to watch, which was on a double feature DVD (along with House on Haunted Hill) that’s labeled, I kid you not, AMC Monsterfest Cult Classics. God knows where I got it; I certainly don’t remember. (2004 — the copyright date on the case — was a long time ago.) Anyway, I know it was cheap, cheap, cheap. Despite the “digitally remastered — sound enhanced” boast on the case, the picture is muddy, the sound is bad, and the only extra is a single trivia question that can be accessed through the “Hollywood I.Q.” button on the menu. The question has nothing to do with Night of the Living Dead. Like I said — cheap.

The problem is, ever since the dawn of the home video era, this is pretty much the only way the film has been available. Because of a clerical goof by the original distributor, the movie instantly fell out of copyright, and in the ensuing decades it has seen little but an endless parade of crappy, quickie releases from scads of fly-by-night outfits. I’m sure that some editions you can buy are a little better and some are a little — or a lot — worse, but for many years, anyone who has wanted a sharp, clean copy of this movie had about as much chance as Baaaar-braaaa did of making it back to mother. 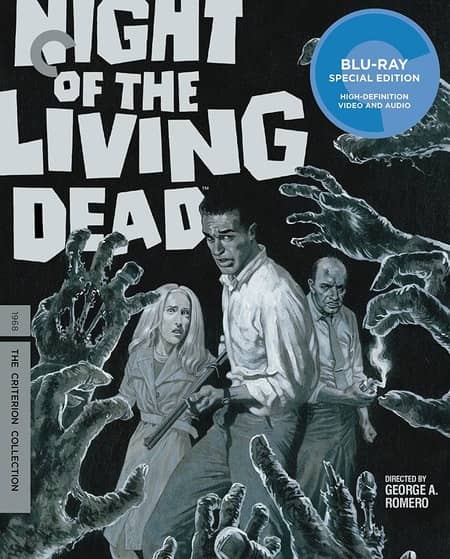 On February 13th of this year, Night of the Living Dead shambled out of the dead zone of public domain and into the pantheon of bona-fide American masterpieces, when the prestigious Criterion Collection released the film on DVD and Blu-ray.

Criterion is (according to the box, anyway) “dedicated to gathering the greatest films from around the world and publishing them in editions of the highest technical quality, with supplemental features that enhance the appreciation of the art of film.” A rung or two higher up the ladder than AMC Monsterfest Cult Classics, in other words. Over the years a lot of great horror movies have appeared as Criterions, including Rosemary’s Baby, The Innocents, Carnival of Souls, The Brood, Repulsion, Eraserhead, Vampyr, The Uninvited, Eyes Without a Face, Cat People, and Island of Lost Souls, and adding Night of the Living Dead to their distinguished company was long overdue.

I preordered my copy so as to have it in my cold, rotting hands on the day of release, and once I had torn the package open with my teeth I was delighted to see that Criterion has given the movie the first-class treatment it deserves. This is no bare-bones edition; my two-disc Blu-ray is loaded with supplemental features, starting with a folded insert that contains an essay by critic Stewart Klawans and opens into a mini-poster of the zombie-child Karen Cooper, the Veronica Lake from Hell. 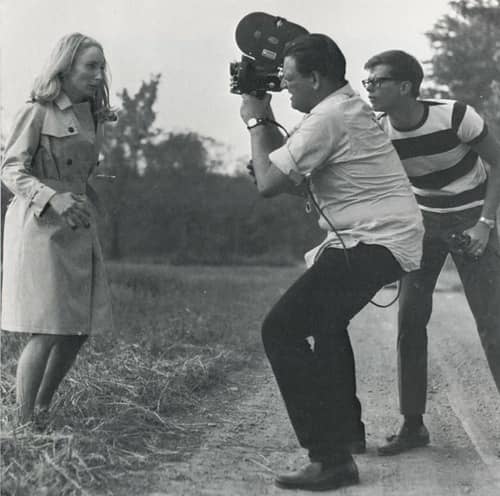 As is usually the case when a video release has so many extras, some will be of only marginal interest to most viewers. Falling into this category are “Tones of Terror,” an examination of the film’s use of prerecorded music (Romero didn’t have enough money to hire a composer), and an interview with Judith Ridley, who played the ill-fated (but who wasn’t in this movie) Judy. Ridley comes across as a very pleasant person, but her big revelation amounts to nothing more than the information that Romero was reluctant to wash his clothes.

Then there are a few extras that will be of almost no interest at all to anyone. In this group are audioless 16 mm dailies and some newsreel footage taken on location by a local television station. There is also a news story from 1967 about Mariner 5 and the information it sent back from Venus that’s all of thirty seconds long. What has this got to do with anything? Well, it was supposedly radiation from a returning Venus “space probe” that reanimated the dead in the first place. I suppose all these minor items were included because, having exhumed them, the least Criterion could do was allow them to walk around a bit before shoveling dirt back into their faces.

Most of the extra features, though, are excellent. Two separate commentary tracks feature lively reminiscences from many of Night of the Living Dead’s principal creators, including George Romero and his co-screenwriter John Russo, and actors Judith O’Dea (Barbara) and Karl Hardman (Harry Cooper). There’s a nice appreciation piece with directors Frank Darabont, Guillermo del Toro, and Robert Rodriguez. There are two archival interviews with Romero and one with Duane Jones, who played Ben. The Jones interview is audio-only, but it’s one of the best things in the package. It was recorded just a short time before his too-early death in 1988, and the man’s intelligence, integrity, intensity, and iron determination not to let himself be defined by a few week’s work he did in 1968 come through with great force. 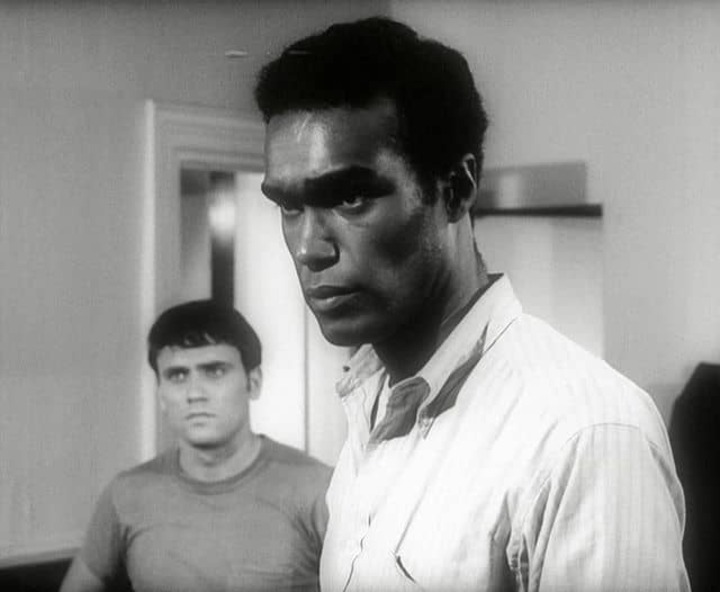 Duane Jones in Night of the Living Dead

There’s a video essay, “Limitations into Virtues,” examining the film’s visual style, focusing on how Romero and his collaborators were able to work around the limitations imposed on them by lack of money and equipment, and, in many instances, even managed to turn those limitations to their advantage. It’s a paean to low-budget creativity.

By far the major special feature in terms of running time is an alternate version of the film, Night of Anubis, a 16 mm work-print edition of the movie featuring a host of minor differences that were edited out of the final cut.

I found two extras to be especially enjoyable. “Learning from Scratch” features screenwriter John Russo discussing the early days of Latent Image, the production company that Romero founded and that made industrial films, political ads, and commercials, including one for Calgon water softener that’s a full-blown parody of Fantastic Voyage, with the Calgon crew getting shrunk down and dumped into a washing machine. It’s a hoot. 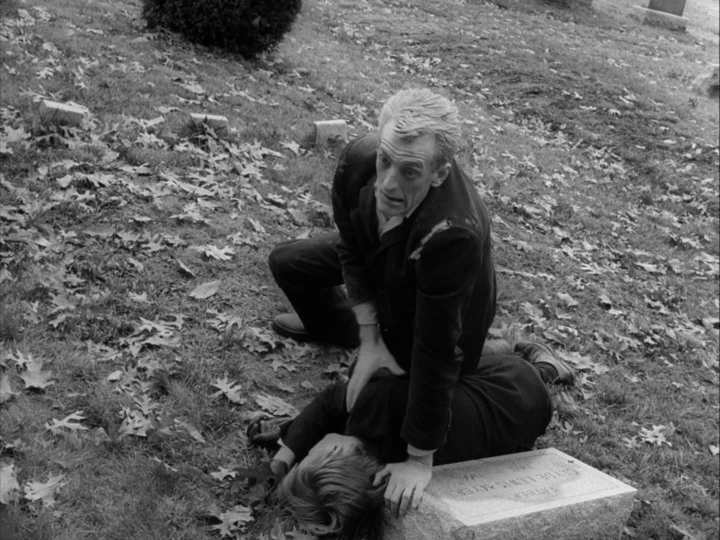 Best of all is “Walking Like the Dead,” made up of relaxed interviews and funny anecdotes by ten of the people who played the reanimated dead. Romero was surprised when his creatures were dubbed “zombies” (a word never used in the film); he said that he always thought of them as “dead neighbors,” and this feature bears him out. These good-humored ex-corpses are just folks. They could hardly be anything else, considering how they were recruited – people associated with the film drove around town and rounded up anyone willing to put on shabby clothes and stagger around for a while. How could the prospective ghouls have refused? That sort of thing is just another Saturday night in Pittsburgh.

All of the extras and special features, substantial or negligible, are of course merely the grass on the grave – it’s what’s in the casket that counts. I’m pleased to report that though it’s now passed the far side of fifty, Night of the Living Dead has never looked better. Using a print owned by the Museum of Modern Art, the film has been completely restored under the supervision of George Romero, John Russo, sound engineer Gary Streiner, and his brother, producer Russell Streiner, who also played Johnny. (I assume that Romero finished his work on the restoration before his death in 2017… though, with this movie, who knows? He might still be tinkering with it somewhere.) The work they’ve done restoring the film does honor to the work they did half a century ago — this Night of the Living Dead looks and sounds terrific. It’s clean, clear, and crisp in every way, aurally and visually. We’ll almost certainly never get a version that’s technically any better than this.

If you value this groundbreaking classic as much as it deserves, this is the edition you must have. It’s certainly the one I’ll be watching the next time they have to bury George Romero. 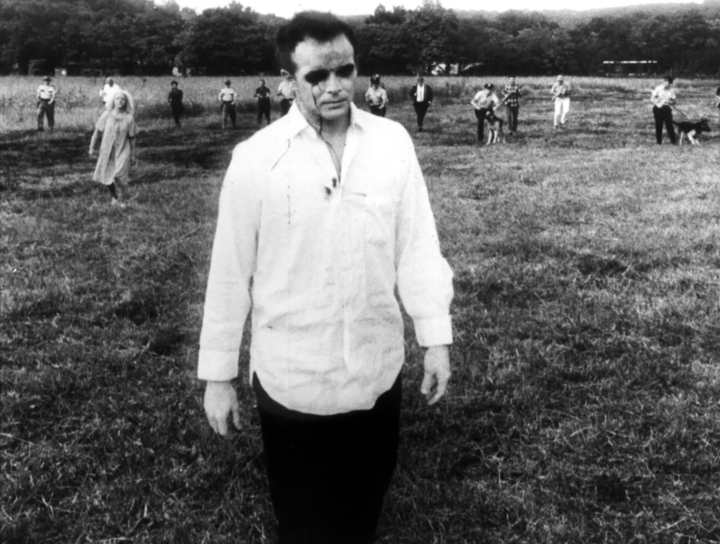 As for my AMC Monsterfest Cult Classics copy… let’s see… it’s too big for a coaster… too small for a frisbee… too thin for a hockey puck… I could use it for a bicycle reflector — if I only had a bicycle… wait – I have it!

I’ve always wanted to give skeet shooting a try. Pull!

Thomas Parker is a native Southern Californian and a lifelong science fiction, fantasy, and mystery fan. When not corrupting the next generation as a fourth grade teacher, he collects Roger Corman movies, Silver Age comic books, Ace doubles, and despairing looks from his wife. His last article for us was a review of Will Eisner: Ahead of His Time