Over at his website Strange at Ecbatan, Rich Horton continues to do excellent work highlighting books old and new. Check out his review of John Crowley’s new novel Ka earlier this week to see what I mean. Rich calls it “Wonderful… I feel humbled by my inability to truly capture the wonder of this book.”

Of course, for crusty old vintage paperback fans like myself, the real joy of Rich’s blog is in his almost whimsical selections of older titles. While he makes a focused effort to read the major new novels each year in preparation for Hugo voting (see his detailed thoughts on the 2018 Hugos here), when it comes to older books he seems perfectly content to review whatever library discard falls into his hands each week.

That gives his blog a delightfully unpredictable quality. No one in their right mind, for example, would review Raymond Z. Gallun’s The Planet Strappers, an undistinguished novel that was hurriedly forgotten a few short weeks after it appeared in 1961. But Rich would. You have to salute that kind of undaunted faith in the genre.

The truly marvelous thing about Rich’s exploration into the dimmest recesses of science fiction is how he manages to find so much genuine enjoyment in it all. And it ain’t generally due to the books. Rich has an almost unique ability to make fascinating connections between writers, pick up the nearly invisible threads of evolving tropes, and find enjoyment in the echoes of great ideas lost in muddled plot lines. A ridiculous plot, Rich has taught me, needn’t trouble you so much when it’s paired with a fascinating setting or a clever idea — especially when you can see how that idea was harvested and put to use years later by the writers that follow.

The Planet Strappers is an example of a long-dead sub-genre, the adventures of “space hobbyists.” In the 50s and 60s it was fairly common to speculate that space would be conquered not by nations or corporations, but by enthusiastic amateurs working late into the night in their garage. This was a fantasy that endured far longer than it had any real right to — Heinlein had success with the formula with Rocket Ship Galileo and The Rolling Stones, and he wasn’t the only one. In Gallun’s hands the protagonists are teenagers who jet out into the Solar System in rudimentary space bubbles, on their way to becoming legendary explorers.

Not long ago I read a Raymond Z. Gallun story from the early ’50s, and found it better than I had expected. So when I saw this obscure 1961 paperback for cheap, I figured I might as well give it a try. Gallun (1911-1994) was one of the few Hugo Gernsback discoveries to continue to produce work after Campbell’s revolution. That said, he was mostly silent after the early ’40s. His most famous story is probably still “Old Faithful,” from Astounding in 1934, which featured a sympathetically portrayed Martian. After 1954, only a few novels came out until the ’80s, when a few short stories (possibly written much earlier) appeared. His last novel was Bioblast (1985). The Science Fiction Encyclopedia suggests The Eden Cycle (1974) may be his best — The Planet Strappers is dismissed as “more routine.” Ah well.

The book opens in purest YA hard SF mode, with a group of college-age kids trying to make their way into space. It seems that most of the trick is to acquire a space bubble, or “bubb,” which is what it sounds like — not much bigger than person-sized, a bubble based on a super-plastic, with plenty of air production capacity, in which someone can survive for a pretty significant time in empty space. The group includes a diverse(-ish) mix — one woman, a rich kid, a handicapped kid, a couple of football star twins, a delinquent, a couple more, plus the eventual viewpoint character, Frank Nelsen, the straight-arrow honest type. This first part goes on for 50 pages or so, pretty effectively, as the “bunch” (their name) navigates such issues as making the “bubbs,” learning how to use them, passing the required space fitness tests, raising the needed money, and so on. The girl member drops out, realizing the the regular Space organization is desperate for women, and another guy washes out for lack of psychological fitness, and one member has to deal with his mother who won’t let him go. 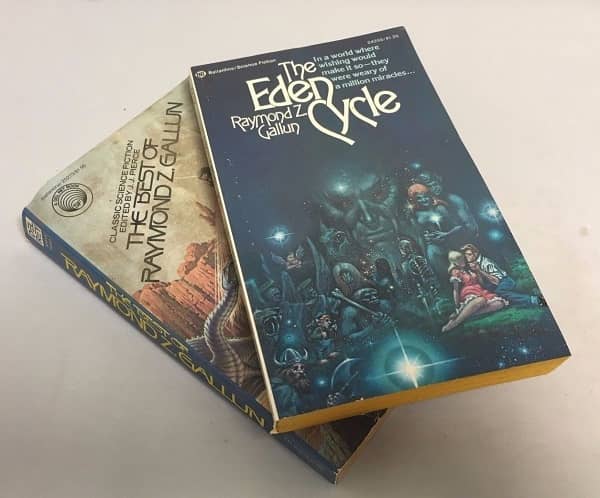 While The Planet Strappers is more space fantasy than anything else, it does have a few redeeming qualities — like space pirates (yeah!) And Rich, of course, finds something to love, even in the face of all that goofiness.

Finally they head into space, and things get a bit stranger from that point. Frank ends up in a terrible situation on the Moon with a murderous fraud. One of the dropouts ends up a stowaway, causing even more trouble. Eileen, the girl member of the Bunch, becomes fairly successful, as what seems to be a Madam, though the book is too YA-oriented to go into detail about that.

The book continues, becoming something of a travelogue through the Solar System. Frank’s goal ends up to be establishment of a free space-based set of habitats, based on the “bubbs,” and in the end to make a home that the girl back home he’s sweet on can come to. But he must deal with a lot of problems on the way there, most importantly the issue of space pirates… a group which seems to include the one washout from the original “Bunch” who had stowed away. One of the other members becomes a legendary explorer, eventually heading to the Outer Planets solo in a bubble. There are deaths among the bunch, and failures, but by the end we see a portrait of the establishment of a new frontier.

This is a real mixed bag. To be honest, a lot of the scientific details are pretty ridiculous — though perhaps not by the standards of 1961. The plot is kind of random, kind of disorganized, after a decent start. The characters are pure cliche. But for all that, I liked a lot of it… it’s also easy to see why Gallun, for all his shortcomings as a writer, remained able to sell his work for a pretty long time.

The Planet Strappers had only one printing, in October 1961. Believe it or not, color variances in that sole printing resulted in copies that look drastically different — which look, in fact, like complete separate printings (see above). But nope. That’s just what happened at the Pyramid printing press when Merle forgot to stir the vat of red dye #6 before starting the production run.

The Planet Strappers was published by Pyramid Books in October 1961. It is 157 pages, priced at 35 cents. The cover is by John Schoenherr. It remained out of print for nearly five decades, until Wildside Press reprinted it in April 2008. A digital version is available as part of Wildside’s 25th Golden Age of Science Fiction Megapack.

Ha! I forgot all about EXPLORERS.

But yeah, the film has a very similar plot, with teens building a functional spaceship…. with the exception that the teens in EXPLORERS are being guided by a pair of extraterrestrials. There are no extraterrestrials in THE PLANET STRAPPERS, just a whole lot of teenage pluck.