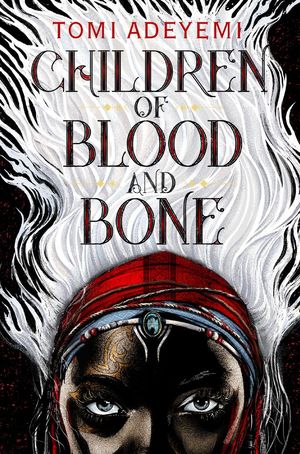 African fantasy and SF is experiencing a true renaissance, and while it’s tempting to give much of the credit to the astonishing worldwide success of Black Panther, in truth the trend has been building for years.

Tomi Adeyemi’s West African-inspired debut is a full-blown publishing phenomenon all on its own, for example. Publisher Henry Holt Books made a pre-emptive 7-figure bid for it last year, making it one of the biggest debut YA books of all time. Entertainment Weekly labels it “A phenomenon,” Ebony calls it “The next big thing in literature and film,” and, closer to home, Andrew Liptak features it prominently in “15 new science fiction and fantasy books to read this March” at The Verge.

Children of Blood and Bone is the first installment of a new trilogy. It follows Zélie Adeola, whose mother is killed when the king orders the death of all maji, as she fights to bring magic back to the kingdom of Orïsha, while struggling to keep her own growing power under control. Here’s the description.

They killed my mother.
They took our magic.
They tried to bury us.

But everything changed the night magic disappeared. Under the orders of a ruthless king, maji were killed, leaving Zélie without a mother and her people without hope.

Now Zélie has one chance to bring back magic and strike against the monarchy. With the help of a rogue princess, Zélie must outwit and outrun the crown prince, who is hell-bent on eradicating magic for good.

Danger lurks in Orïsha, where snow leoponaires prowl and vengeful spirits wait in the waters. Yet the greatest danger may be Zélie herself as she struggles to control her powers and her growing feelings for an enemy.

Children of Blood and Bone was published by Henry Holt and Co. on March 6, 2018. It is 544 pages, priced at $18.99 in hardcover and $9.99 for the digital editions. Read an excerpt at Entertainment Weekly.