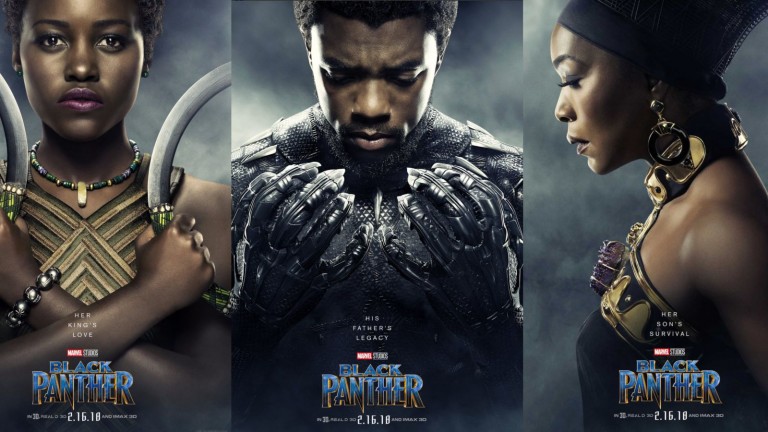 I watched Black Panther yesterday with my 13-year-old son and enjoyed it more than most superhero movies. Ant-Man and the first Iron Man movie usually top my charts for fun superhero movies. Wonder Woman (which I reviewed here) and then Captain America top the charts for me as superhero war movies. The Avengers and Guardians of the Galaxy and Justice League are too busy and quippy to have much emotional resonance after the popcorn is done. But Black Panther felt very different.

A big part of it was that Black Panther doesn’t spend a whole lot of time in places we know. Sure, there’s a great sequence in Busan, South Korea, but most of it takes place in Wakanda, and Wakanda itself is a powerful experience.  It seems like so much of the visuals in superhero movies are the same, so the surprising and beautiful aesthetic of Afro-futurism hits the eyeballs hard, like tasting a great new food. But with our eyes. 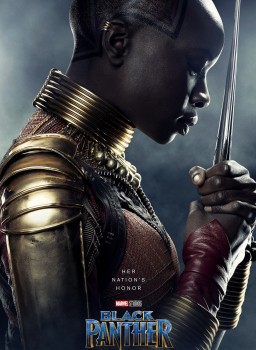 The capital of Wakanda is architecturally diverse, with weird lines, traditional touches and materials, as was the super-science. And within the royal precincts and in the mines and labs, the future is on display, woven into traditional African imagery. The visuals are powerful throughout and well worth the ticket price. The same goes for the soundtrack. Director Ryan Coogler handed over the job of making the soundtrack to Kendrick Lamar and TDE, making for a sound experience unlike any superhero movies I can think of.

But what really stood out for me as a writer was how strongly the movie stuck together precisely because it was set in Wakanda. Very often in my reviews of superhero movies, you’ll see me qualify the plots or quality by rating them against the limitations of the superhero genre.

That’s because whether you’re talking Wonder Woman, Ant-Man, Spider-Man, X-Men or Batman, many of the central conceits of superheroes, like secret identities, vigilantism as a solution to crime, giant city-destroying set-piece battles, world domination schemes, etc, all introduce their own plot problems because so much of the logical structure of the fictional world falls apart after the first glance.

The logical suspension of belief buy-in for the Black Panther is smaller, or at least is self-contained. There’s one tiny nation in Africa that has a special mineral that has all sorts of super-science properties and this nation chose to isolate itself and its abilities from the world. That’s it. There’s no vigilantism ethic, no disbelief-inducing double-identity, no road-to-Damascus moral epiphany. Black Panther needs the same amount of suspension of disbelief  as a good Bond movie, or any near-future science fiction. 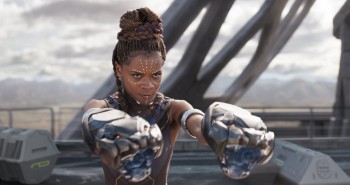 But more than that, with so little explaining for the movie to do in terms of trying to convince us that superheroes could exist, the movie could play with far more powerful dramatic themes, like family and race.

Family is written all over this movie, up and down and sideways. Inter-generationally, it is a tale of two brothers (the old King T’Chaka and his brother), and the “original sin” between them that drives the movie in the present. Black Panther is a tale of brother and sister, of boyfriend and ex-girlfriend, of mother and son, of cousin and cousin.

It’s also a story of family writ much larger. Wakanda is a nation of five tribes, four of which live together and one which does not. It is also a movie that overtly speaks of black people as one people, regardless of where in the world they live. One family. 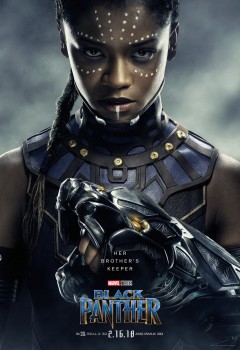 And within that last context comes the moral power of the movie. The villain of the movie isn’t the god of war (Wonder Woman) nor the hyper-Nazi (Captain America), nor a weapons manufacturer (take your pick).

The opponent (rather than villain, because there’s something noble and good in his goal) of Black Panther is the modern Malcolm X figure, who insists that Wakanda should be helping the 2 billion black people in the world, by force where necessary or expedient. This is of course a counter to the Martin Luther King view of more peaceful social change.

That the movie audience is forced the sympathize with one side or the other is a levelling up for superhero movies. Black Panther takes on the debate and it does so within the context of a family struggling with its own generational change and the modern world. 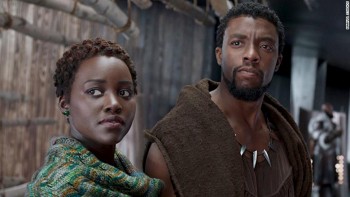 My son and I loved it. At one point in the movie, he leaned over and whispered “This is the best super-hero movie ever made.” We’re not alone.

Black Panther generated over 5 million fan tweets before the opening under hashtags like #WakanadaCameToSlay, #BlackPantherSoLit, #BlackPantherEvent and many others. Its Rotten Tomatoes score was briefly 100% and held steady at 97-98% as of Saturday, Feb 17th, making it the highest ranking super-hero movie of all time on the aggregator site. For comparison, Wonder Woman has settled at 88% and Logan at 90% on Rotten Tomatoes. Black Panther also inspired flash mobs, sold out Friday showings, spurred big sales jumps of Black Panther comics and collectibles and inspired a bunch of people to show up to theaters in costume or traditional African clothing. 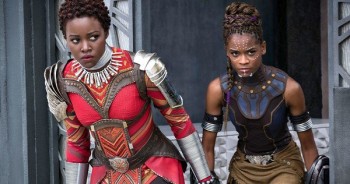 It sounds like Marvel Studios expected to gross $90M over the opening weekend, but Black Panther‘s record-breaking pre-sales and Thursday and Friday ticket sales now put it on track to gross $170M+, which would make it the highest grossing opening weekend for a Marvel movie, topping Deadpool.

To put some additional perspective, when was the last time you saw wealthy people buying whole theater showings so that disadvantaged children of color could go see it? Or see crowd-funding initiatives (plural!) so that children all over the world could go see Black Panther on the big screen? I can’t think of one, but they’re happening here. Representation matters and representation makes money. 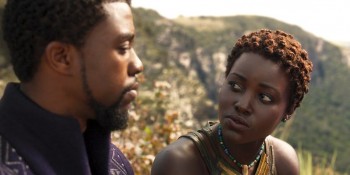 On a sour note, about 5,000 “fans” from Facebook’s “Down With Disney’s Treatment of Franchises and its Fanboys” made an event for Thursday called “Give Black Panther a Rotten Tomatoes Score on Rotten Tomatoes.” I couldn’t look at the facebook group, but reports indicate this is some of the same mouth-breathers who got upset that women, Asians and black people had prominent roles in The Last Jedi. (Black Gate also reviewed TLJ here by M. Harold Page). But fortunately, these 5,000 people who are missing out on this great superhero movie likely won’t affect box office sales or plans for Marvel Studios to do other movies set in Wakanda.

Marvel isn’t sitting on a vibranium mine, but a gold mine.

Derek Künsken is an Asimov‘s award-winning science fiction writer living in Gatineau, Québec. He tweets from @derekkunsken and the second installment of his novel The Quantum Magician is on the stands now in the Mar/Apr 2018 issue of Analog.

My wife is away visiting her mother this weekend, but I took my 7-year-old daughter to see it today. She liked it, although I think that, at 7, she still appreciates movies more that have less talking. 😉

I, on the other hand, loved it. Unlike you, I vastly appreciate humor in a movie, and think it can be intelligent and weighty even while throwing around the quips, so Black Panther won’t quite displace Deadpool as my favorite superhero movie, but it probably will push Wonder Woman down to number 2.

As a whole though, I still think the X-Men movies are overall better than the MCU movies, and I think my wife and daughter do as well (note, we did *not* show our daughter Deadpool or Logan, both in the X-Men continuity…those will wait until she’s older, of course). That’s not to say that MCU is bad; it’s pretty great, especially as compared to comic book movies of the past. 7-year-old me, in the 1970s, would have been in heaven with the surfeit of fantastic comic book, sci-fi, and fantasy movies (and TV shows!) that exist today.

Next weekend, my wife will be back, and will add another set of tickets to Black Panther’s box office take. (FYI, if I’m not mistaken, the first Avengers movie had a higher opening weekend gross. Black Panther did top Deadpool for a February opening, however.)