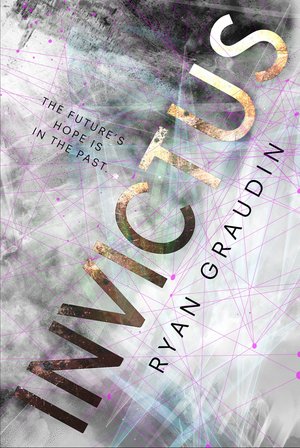 Farway McCarthy’s mother is one of the most famous time travelers ever to record the past. Since she disappeared when he was a child, never returning from an expedition to ancient Egypt, his only hope of finding her again is by following in her footsteps and becoming a field agent for the Corps of Central Time Travelers himself. He’s his class’s valedictorian going into the final exam, so this dream lies within his grasp. There’s just one more simulation to ace.

But then the unthinkable happens. He fails.

Somebody must have rigged the simulation. He didn’t get nearly close enough to the actress playing Marie Antoinette for her to notice him. Plus, she had the gall to wink at him in that knowing way as the hologram of Versailles vanished around him and the warehouse reappeared. He’d been set up.

Far pleads his case to the Headmaster to no avail. Just like that, he’s expelled from the Academy instead of graduating. If someone from the past could guess you’re a visitor from the future, you’ve got no business being a Recorder. Such carelessness could undermine the whole fabric of time.

“Subject Seven has been successfully redirected,” an anonymous memo informs the reader as Far faces his bleak new future.

That’s when a mysterious handwritten note invites Far to meet with a black-market trader. The Corps of Central Time Travelers aren’t the only ones who own time machines, it turns out. Far can captain one (the Invictus) by accepting the trader’s extortionate terms, which, of course, he does.

What’s Far’s new job? Save precious objects moments before their historic destruction – snatching a valuable painting from a Nazi castle before it’ll explode, purloining an emerald necklace, digging up gold at the Alamo – and bring them back to the trader for sale in Central Time.

Fuel for time machines isn’t cheap, so the trader would exact a crippling forfeit if Far ever came back emptyhanded. He’d never get to time travel again. Far might have lots of close calls, but he’s always able to secure the goods. All that changes, however, when he’s sent to rescue a jewel-encrusted book from the Titanic.

Far’s plan had given him hours to nab the book from the cargo hold, but a mathematical error cuts his window short. With the iceberg looming on the horizon, he opens the book’s case only to discover that it’s empty. That’s when he notices somebody watching him from the other side of the cargo hold. She’s holding something…

Far’s nemesis sprints off with the success of his mission tucked in her hand. As he runs after her, Invictus catapults readers on a high-stakes race to save the universe before the Fade, a singularity in time, forgets everything into oblivion. Most adults would enjoy this YA novel despite many pages dedicated to immature characters bumbling toward romance. With spectacular scenes set during some of the most dramatic incidents in history, the word that sums up this book is enjoyable. Little, Brown Books for Young Readers released it on September 26, 2017.

Ryan Graudin is the author of several popular YA novels. Point your browser here to read the first chapter of Invictus at Hypable. It was published by Little, Brown on September 26, 2017. It is 464 pages, priced at $18.99 in hardcover at $9.99 for the digital edition.