I haven’t read much Jack London. He’s most famous of course for his novels of the Klondike Gold Rush, The Call of the Wild and White Fang, which are outside my field of speciality. But he also dabbled a bit in the genre, both at novel length (with his dystopian science fiction novel The Iron Heel) and especially with his short stories, which were routinely reprinted in places like Famous Fantastic Mysteries and The Magazine of Fantasy & Science Fiction. He had one posthumous SF collection, The Science Fiction Stories of Jack London (1993), a 211-page volume from Citadel Twilight.

But I’m more interested in his tales of terror, which include stories of death ships, spectres, the mysterious arctic, enormous wolves, and stranger things. Most of London’s tales of adventure were gathered in collections like Son of the Wolf (1900) and Children of the Frost (1902), but his supernatural fiction remained largely uncollected until it was gathered in Curious Fragments: Jack London’s Tales of Fantasy Fiction, a small press hardcover from Kennikat Press in 1975.

Three years later some of his most popular supernatural stories, like “A Thousand Deaths” (from The Black Cat, May 1899), and “Even Unto Death” (San Francisco Evening Post Magazine, 1900) were published in paperback for the first time, with several of London’s tales of suspense, in Thirteen Tales of Terror (Popular Library), edited and with an introduction by John Perry. Here’s a photo of the intriguing story teasers from the inside front cover. 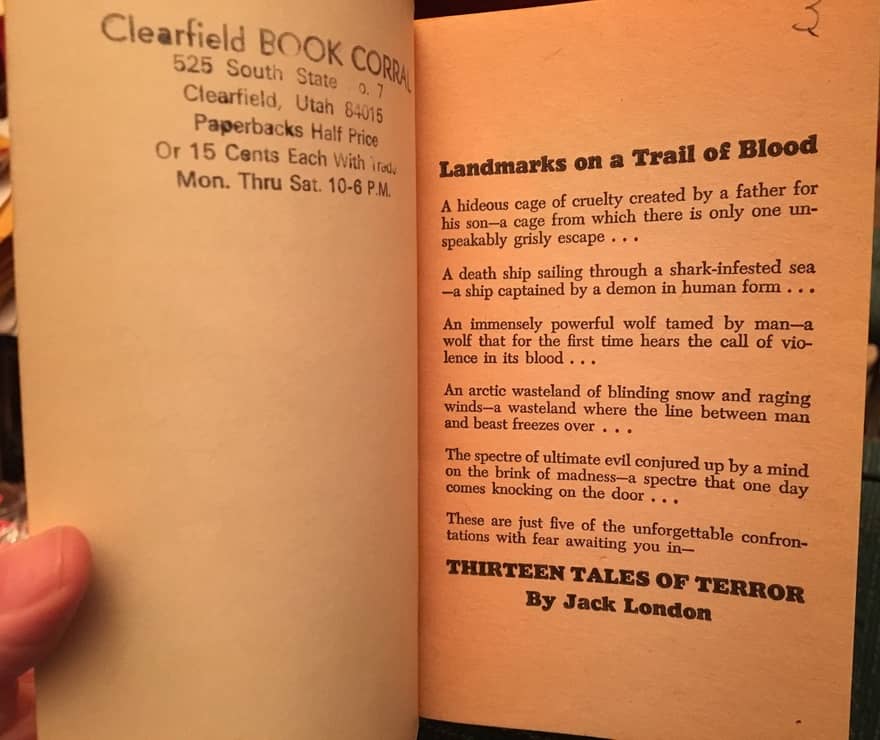 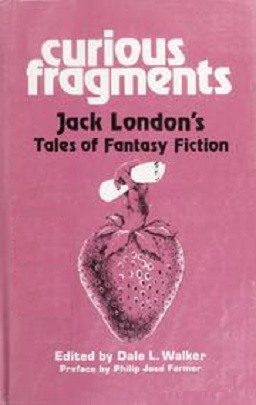 And here’s the complete Table of Contents of Thirteen Tales of Terror.

Thirteen Tales of Terror was edited by John Perry and published by Popular Library in July 1978. It is 255 pages, priced at $2.25. The cover artist is uncredited.

I bought my copy for $2 at the Windy City Pulp and Paper Show here in Chicago, but copies show up on eBay from time to time, usually priced at around cost of a modern paperback or less.

London went to the city of London’s East End in the summer of 1902 and lived amongst the poorest of English society, writing a book about it titled ‘The People of the Abyss. It’s a classic examination of life among the destitute.

Guy did his research!

Wow! Never heard that story. Thanks for sharing that, Bob.

Great cover, great collection. There was a brief flurry of animals attack paperbacks after the success of the JAWS movie in 1975. That is covered in PAPERBACKS FROM HELL.