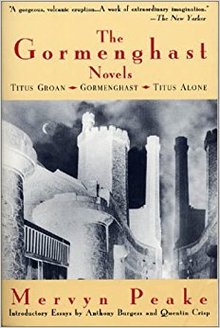 We’re always hearing about using setting as a character , and there’s no doubt that some stories simply can’t be told if they were set somewhere other than the place they’re in. Like, say, the wuthering heights in Wuthering Heights. You know, places that aren’t just somewhere for the characters to be (everyone has to be somewhere) but that in some way inform the whole story, and perhaps the characters as well.

I’m not here today to talk about setting in general, however. No Middle Earth, no Barsoom. No landscapes, thank you. At the moment I’m far more interested in human-made structures: people’s homes, public buildings, etc.

I’m tempted to suggest that buildings first gained their literary eminence in the gothic novels of the 18th century.  Works like  Horace Walpole’s Castle of Otronto, and Anne Radcliffe’s The Mysteries of Udolpho relied so much on their buildings – which gave the novels their sense of place and situation – that we’d have to ask ourselves whether the gothic would even be possible without the dark creaky old house/monastery/castle? Sure, we’ve also got the natural sublime, the mountain crags, the fogs and the mists, but they’re just the background for the titular buildings. 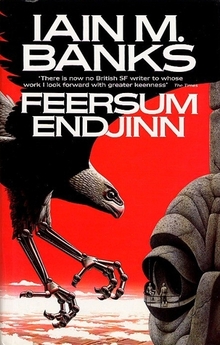 Jane Austen recognized this when she wrote Northanger Abbey, a parody of Radcliffe’s novel.

There’s possibly not as much gothic being written today was there was 200 years ago, but what would Stephen King’s The Shining be without the Overlook Hotel?  Shirley Jackson’s The Haunting of Hill House is one of the most famous modern horror novels  and, like King’s work,  it’s spawned several films. In both cases almost all of the plot takes place within the houses/buildings, which not only provide a place for the characters to be, but take active part in their narratives.

So what about Fantasy and SF? Since we’re so often writing complex imaginary worlds, setting (or world building if you will) forms a massive part of our work. And that’s the part that I’m still not talking about. Instead, I’d like you consider what I’m going to call house as landscape.

In books like Mervin Peake’s Gormenghast Trilogy, or Iain M. Banks’ Feersum Endjin, the house is the setting, and the characters’ relationship to and interaction with the buildings form major parts of the narratives. We are rarely, if ever, shown any local outside of the buildings in question. In fact, often part of the “discovery” of the narrative is the growing awareness that the world we’re exploring is entirely a building. 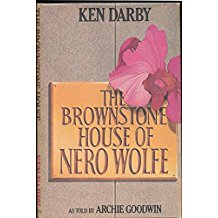 We also have books like Tanya Huff’s Summon the Keeper. With the exception of a couple of scenes, the entire narrative takes place in the Elysian Fields Guest House. The house, like the Tardis, is larger on the inside than the outside and, while this novel doesn’t deal with this aspect specifically, it’s also contains  multiple portals via the elevator.*

We all know examples of houses or addresses that are so closely associated with a particular character that you can’t think of one without the other. There’s Travis McGee and his houseboat, the Busted Flush, moored at Bahia Mar Marina, Slip F18. There’s Sherlock Holmes and his rooms at 221B Baker Street. Everyone knows what Holmes’ place looks like, the chairs, the fireplace and its mantel, the chemical apparatus, the bullet holes in the wall spelling “VR.” It’s where most of the stories start and/or end, and everything in it is an aspect of Holmes’ character.

The same can be said of 319 West 35th Street, Nero Wolfe’s brownstone. Since Wolfe never leaves his house on business most of the action in a Rex Stout Nero Wolfe novels takes place in his home.  The brownstone looms so large in the minds of readers that you can find floor plans on the internet, and several books (my favourite is Ken Darby’s The Brownstone House of Nero Wolfe) devoted entirely to the description of the house, and explanations of apparent contradictions in the canon.

I’ve been wondering if it’s significant that one of the modern-day Holmes (Elementary)  lives in a New York brownstone.

*Am I the only one who’d like to see an anthology of stores set in this house?

Settings, especially the close settings of houses, figure largely in a lot of works I can think of. The haunted house genre comes to mind. The first paragraph of Shirley Jackson’s The Haunting of Hill House comes to mind:

“No live organism can continue for long to exist sanely under conditions of absolute reality; even larks and katydids are supposed, by some, to dream. Hill House, not sane, stood by itself against the hills, holding darkness within; it had stood so for eighty years and might stand for eighty more. Within, walls continued upright, bricks met neatly, floors were firm, and doors were sensibly shut; silence lay steadily against the wood and stone of Hill House, and whatever walked there, walked alone.”

To Jamnes, I can’t think of a single passage of Jackson’s work that doesn’t make me shiver.