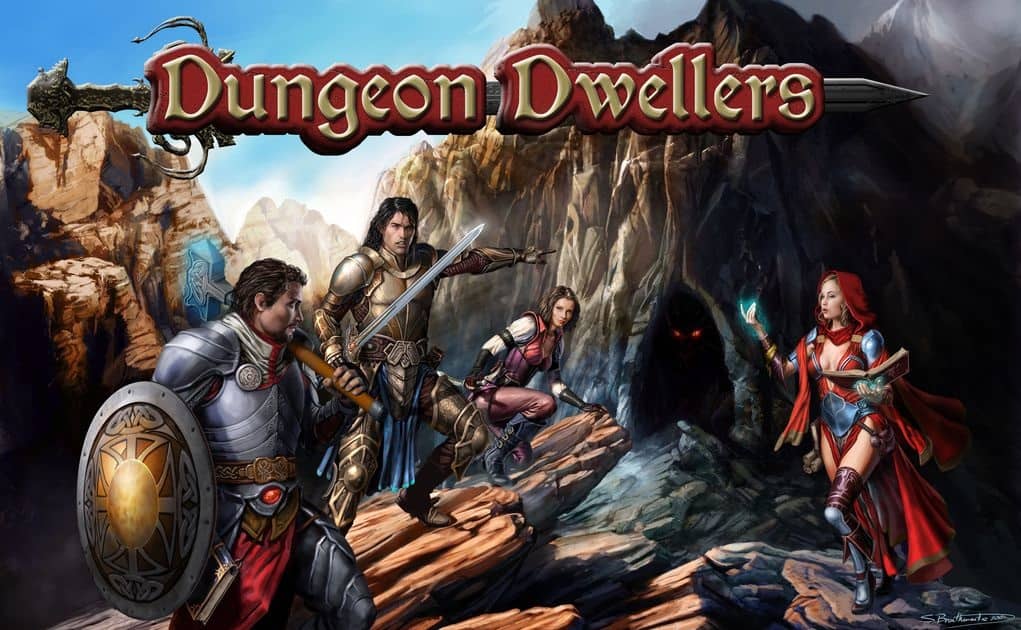 I’m still unpacking the boxes I brought home from the Fall 2017 Games Plus auction. There’s so many SF and fantasy board games being published these days that it’s impossible to keep up. But you know, I do my best.

A week after the auction, I dropped by Games Plus in Mount Prospect to grab a handful of new releases I had my eye on. There in the sale bin was Dungeon Dwellers, a “cooperative card game for 2 or more players” released in 2014. Now, I still have a stack of unopened auction games in my living room, slowly collecting dust and making my wife cranky. But I love dungeon games, and I especially love cooperative dungeon games. And the thing that especially makes me weak in the knees is a deep discount. Ten minutes later I left the store with Dungeon Dwellers, wrapped in a paper bag so I could stealthily sneak it into the house. 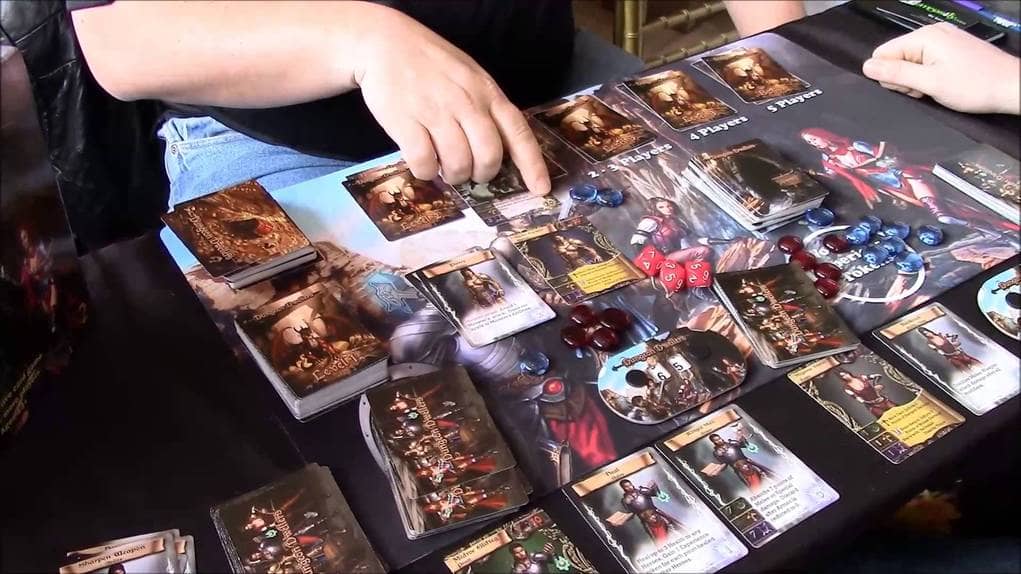 Dungeon Dwellers was funded by a successful Kickstarter in April 2014, and shipped more or less on time in the fall of that year. It was designed by Scott E. Ostrander, and published by S2 Adventures. It’s a card game and lacks a traditional board, but you get plenty for your money — a full color rulebook, 387 cards, 50 experience tokens, eight 10-sided dice, and four player health trackers.

The game is pretty simple in conception. The rulebook is a sender 10 pages and easy to read, with plenty of illustrations for the visual-minded like me. The designers have thoughtfully put the whole book online here, so you can check it out before making a purchase (not that I did, but you understand).

The cards are beautifully designed, and are really the game’s primary selling point. There are four hero cards (Mage, Priest, Rogue and Warrior) in the base set, allowing play by up to four players, with additional hero cards offered in expansions.

If you’ve got the extra bucks to shell out for it, S2 also offers the nifty playmat below (sold separately), which looks worth it to me. 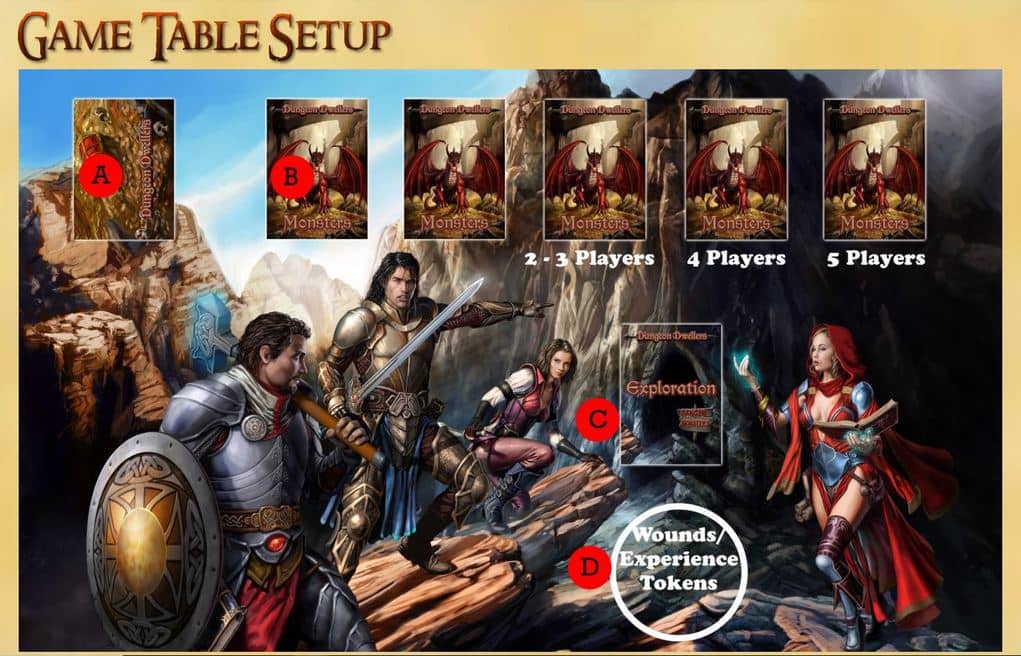 Because no game is complete these days without expansion packs and add-ons, S2 has made available additional hero cards, starting with the Barbarian and Monk expansions. They also offer a free hero card online: the Necromancer. 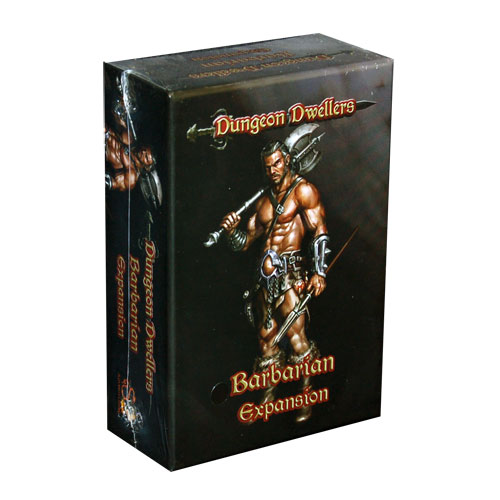 There are plenty of articles online that go into the game in more depth, including a comprehensive video walkthrough by the designer Scott Ostrander, and a video review from Bored to Death. Here’s the full unboxing and video review from Gaming With a Purpose.

Dungeon Dwellers was published by S2 Adventures in 2014. It is $39.99 and still available from multiple online vendors.