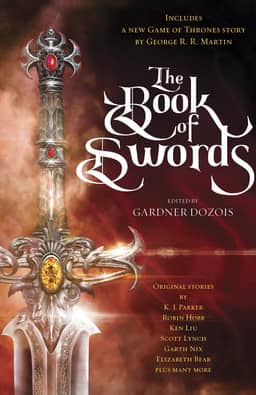 A while back Gardner Dozois asked if I wanted a review copy of his upcoming “Sword & Sorcery” anthology, The Book of Swords.

Now, Gardner does not do small anthologies — neither in the physical sense, nor in the sense of their impact on the field. If the premier anthologist in the SF community was putting his time and energy into a collection of original sword & sorcery tales, then clearly the genre still has some life in it.

It wasn’t that long ago that I thought the era of big-budget (or even modest-budget) S&S anthologies was long over. What’s changed? The global phenomena that is GRRM’s Game of Thrones, that’s what’s changed. I don’t consider GoT to be sword & sorcery… but there’s no denying that publishers (and film producers) are a lot more interested in adventure fantasy all of a sudden. If the results are anything like The Book of Swords, I’m all for it.

Fantasy fiction has produced some of the most unforgettable heroes ever conjured onto the page: Robert E. Howard’s Conan the Barbarian, Michael Moorcock’s Elric of Melniboné, Fritz Leiber’s Fafhrd and the Gray Mouser. Classic characters like these made sword and sorcery a storytelling sensation, a cornerstone of fantasy fiction — and an inspiration for a new generation of writers, spinning their own outsize tales of magic and swashbuckling adventure.

Introduction by Gardner Dozois
“The Best Man Wins” by K. J. Parker
“Her Father’s Sword” by Robin Hobb
“The Hidden Girl” by Ken Liu
“The Sword of Destiny” by Matthew Hughes
“‘I Am a Handsome Man,’ Said Apollo Crow” by Kate Elliott
“The Triumph of Virtue” by Walter Jon Williams
“The Mocking Tower” by Daniel Abraham
“Hrunting” by C. J. Cherryh
“A Long, Cold Trail” by Garth Nix
“When I Was a Highwayman” by Ellen Kushner
“The Smoke of Gold Is Glory” by Scott Lynch
“The Colgrid Conundrum” by Rich Larson
“The King’s Evil” by Elizabeth Bear
“Waterfalling” by Lavie Tidhar
“The Sword Tyraste” by Cecelia Holland
“The Sons of the Dragon” by George R. R. Martin 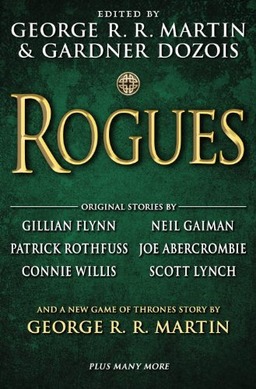 Word on the street (i.e. George’s blog) is that this one will be followed by The Book of Magic next year. George talked about the book, and his plans for future anthologies with Gardner, earlier this year.

I have a story in the book. “The Sons of the Dragon” is the title. Those of you who enjoyed “The Princess and the Queen” in Dangerous Women and “The Rogue Prince” in Rogues will probably like this one too. It’s water from the same well. A history rather than a traditional narrative. A lot of telling, only a little showing. (The opposite of what I do in my novels). But if you’re fascinated by the politics of Westeros, as many of my readers seem to be, you should enjoy it. As the title suggests, “The Sons of the Dragon” chronicles the reigns of the second and third Targaryen kings, Aenys I and Maegor the Cruel, along with their mothers, wives, sisters, children, friends, enemies, and rivals…

Truth be told, I loved editing those anthologies with Gardner, and we want to do more together. We’re talked about More Rogues and Even More Dangerous Women, since those two books were hugely successful, and we have definite plans for Old Luna and, who knows, maybe eventually Old Mercury and Old Pluto and Old Uranus. But we’re not doing any of that NOW. The anthologies, much as I loved them, were taking too much of my time, so I stepped back from them… until I finish The Winds of Winter, at least. Once that’s done, maybe I can sneak another one in…

The point is, just because I had to step back did not mean Gardner had to. And he hasn’t. Hence The Book of Swords, which I expect to be just as good as Rogues or Dangerous Women.

Already preordered. Between Paula Guran’s Swords Against Darkness (covering the reprint side) and this (covering the original side), it has been a very good year for S&S anthologies.

Definitely one to look forward to. Conveniently, next week my paycheck will be extra-large so I can actually afford this book.

That sounds quite promissing.

Gardner used the opening of my story, “The Sword of Destiny,” as a sneak-preview excerpt. Here’s a link:

The Book of Swords | Spriggan's Den

> Gardner used the opening of my story, “The Sword of Destiny,” as a sneak-preview excerpt.

Excellent — I should have found that on my own. Thanks for the link, Matt!