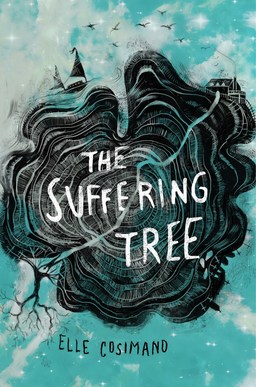 Elle Cosimano is the author of Holding Smoke and the Nearly Boswell Mysteries (Nearly Gone, Nearly Found). Her latest is a thriller that Kirkus Reviews calls “A dark mixture of mystery, history, romance, and fantasy.” It’s available now in hardcover from Hyperion.

Tori Burns and her family left D.C. for claustrophobic Chaptico, Maryland, after suddenly inheriting a house under mysterious circumstances. That inheritance puts her at odds with the entire town, especially Jesse Slaughter and his family — it’s their generations-old land the Burns have “stolen.” As the suspicious looks and muttered accusations of her neighbors build, so does the pressure inside her, and Tori returns to the pattern of self-harm that landed her in a hospital back in D.C. It all comes to a head one night when, to Tori’s shock, she witnesses a young man claw his way out of a grave under the gnarled oak in her new backyard.

Nathaniel Bishop may not understand what brought him back, but it’s clear to Tori that he hates the Slaughters for what they did to him centuries ago. Wary yet drawn to him by a shared sense of loss, she gives him shelter. But in the wake of his arrival comes a string of troubling events — including the disappearance of Jesse Slaughter’s cousin — that seem to point back to Nathaniel.

As Tori digs for the truth — and slowly begins to fall for Nathaniel — she uncovers something much darker in the tangled branches of the Slaughter family tree. In order to break the curse that binds Nathaniel there and discover the true nature of her inheritance, Tori must unravel the Slaughter family’s oldest and most guarded secrets. But the Slaughters want to keep them buried at any cost.