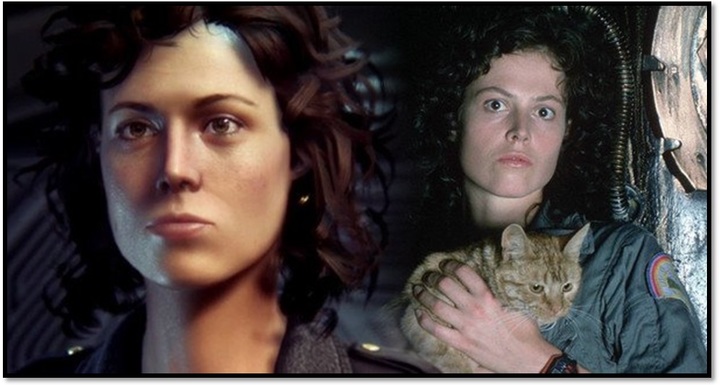 Consider for a moment your adult self, with all your current knowledge, experience and (theoretic) ability to know better, magically transported back in time to relive the trials and tribulations of your incredibly awkward and potentially misspent youth.

Would you do it?

Personally that’s a great big “no” with several colorful swear words preceding it. But this is the exact personal hell soon to be faced by Sigourney Weaver.

Ridley Scott isn’t ruling out a young Ellen Ripley entering the storyline in one of his planned Alien: Covenant sequels, via the magic of CGI de-aging. 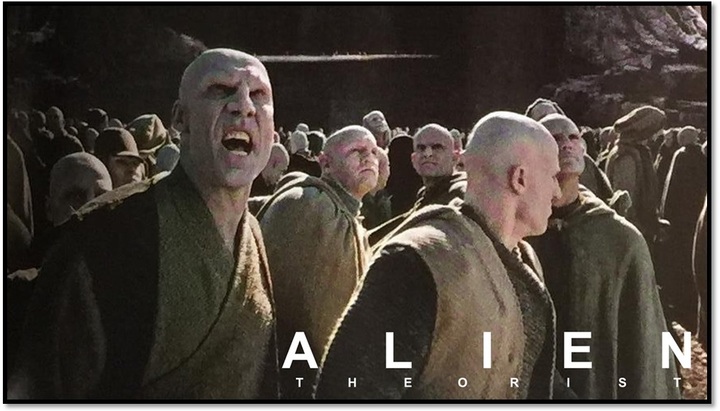 Alien: Covenant is the sequel to Scott’s film Prometheus (itself, a psudo-prequel to the first Alien) and is teed up to become the second in a series of four movies set before Scott’s original Alien.

Now, stay with me on this: the filmmaker has already confirmed that an Alien: Covenant sequel (i.e. number 2 of 4) is being written ahead of Covenant‘s theatrical release next month, assuming that the latter film is successful enough to warrant a follow-up. Which, we can logically reason it will, if Prometheus was deemed worthy even with its mixed reception.

Scott has also hinted that the upcoming Covenant films will be exploring elements of Ripley’s backstory while simultaneously ruling out the rumor that Ripley is the daughter of Covenant protagonist Daniels (played by Katherine Waterston).

The latest issue of Empire Magazine includes fresh screenshots of the “Engineers” from Prometheus in Covenant as well as an update from Scott on his Covenant sequels. Scott confirmed to Empire that Covenant co-writer John Logan is working on the script for the next Alien movie and responded “You could do that,” when asked about the possibility of a 67-year-old Weaver being digitally de-aged to reprise her role as Ripley at some point in the Alien prequel series. 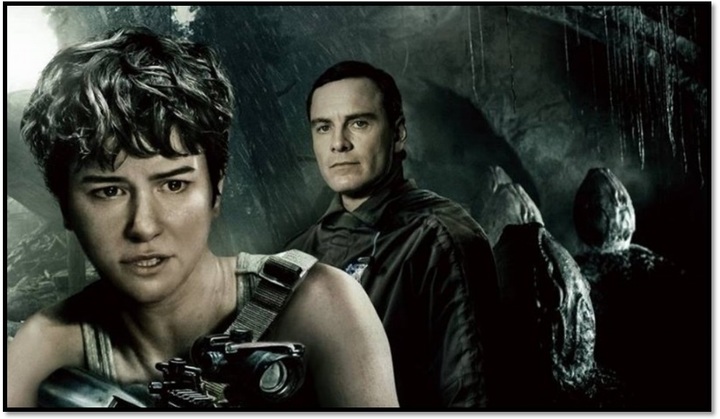 Digital de-aging has become a more frequent practice in franchise movies in recent years, with actors such as Robert Downey Jr. (Captain America: Civil War), Michael Douglas (Ant-Man) and Ian Holm (The Hobbit trilogy) having gotten a CGI makeover. The technology remains imperfect, but continues to improve with each passing year and has been growing in popularity; with even director Martin Scorsese embracing de-aging technology now, for his upcoming gangster film The Irishman.

It seems inevitable that the new and original storylines will converge. We’ve already seen some crossover elements in Prometheus and the trailer for Covenant appears to hint at even more.

By the way, just this week 20th Century Fox released The Crossing, an official prologue short to Alien: Covenant, revealing what happened to crew members Dr. Elizabeth Shaw and the synthetic David after the events of Prometheus. Set aboard an abandoned Engineer vessel, Dr. Shaw repairs David as they continue their search for humanity’s creators.

In an interview with the Sydney Morning Herald last month, Scott said:

What we did really well on Prometheus, considering that it was a ground zero idea that was starting all over again, was I discovered that people do have an appetite for the alien and what he means and his evolution – the egg, the face-hugger, the chest-burster as we call them.”

People still want to see it. So I return to a little bit of that but not wholeheartedly; there’s a lot in here which is new as well.

If you really want a franchise, I can keep cranking it for another six. I’m not going to close it down again. No way.

In light of this I can’t help wondering if Sigourney Weaver is pondering her digitally-de-aged-self and thinking “Get away from her, you b-tch!”

Part of me thinks digital de-aging will enable some great actors to keep working long after Hollywood may have had them moth-balled, but the other part thinks this is getting weird. What do you think? Post a comment or be like Rob E and drop a line to sue@blackgate.com so we can geek out together in private.