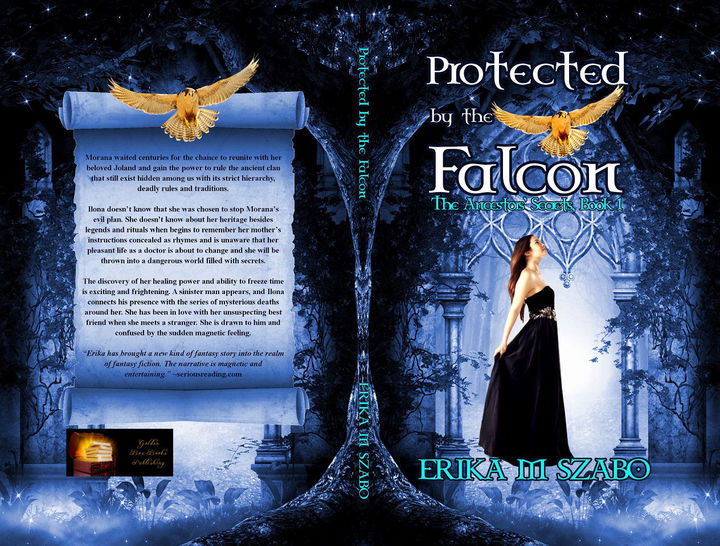 Erika M Szabo is both a prolific author and artist, and owns Golden Box Books Publishing Services. Her numerous children’s books, such as MeToo, The Annoying Little Sister, A Basketful of Kittens, and Look, I Can Talk with My Fingers, are delightful and very successful, and many of them have been translated into Spanish.  A nurse by profession, she has written Healing Herbs for Nervous Disorders and Keep Your Body Healthy.

She also writes Young Adult Fantasy, such as Chosen by the Sword — Book Two in her series The Ancestors’ Secrets — and The Curse. A friend of mine recommended I connect with Erika and hire her to do the book cover for my Mad Shadows II: Dorgo the Dowser and The Order of the Serpent, as well as the interior design and layout, formatting and all the technical details that go along with publishing a book. Well, I linked up with her on Facebook and we got to talking, and right away I knew we were on the same page, no pun intended. So I sent her my manuscript, and she started working almost immediately. She even revised and polished up the original map I drew for Mad Shadows: The Weird Tales of Dorgo the Dowser.

While Erika went to work almost immediately, I purchased her Protected by the Falcon and started reading. I had never read a Young Adult Fantasy before (unless you want to count The Hobbit and the Harry Potter series.) Needless to say, as evidenced by this review, her novel was not what I was expecting. Indeed, it was a surprising pleasure to read because it was written and told so differently and in so many ways from the fantasy I usually read. Plus, Erika gave me something in her novel that will always keep me reading: believable characters I can relate to, care about, and even hate. I’ve even read a few of her children’s books, too. So let me tell you a little bit about Protected by the Falcon, and why I liked it. (By the way, Erika works hard and she works fast, too!) 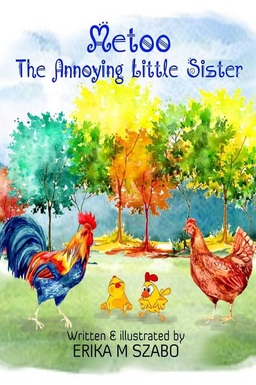 Told mostly through the eyes of Ilona, the main character of Protected by the Falcon, Szabo cleverly utilizes a combination of narrative prose and passages from Ilona’s diary, as well as from those of other characters, in order to advance her plot and tell her story. Ilona is the Chosen One who has been gifted with certain “powers,” which she begins to learn about as she comes of age on her 29th birthday. But there are secrets about her heritage and culture that no one can reveal to her, secrets that she alone must uncover all on her own.

Szabo has crafted an interesting story based on Hungarian culture and tradition, as well as the ancient legends, folklore and mythology of Ilona’s ancestral homeland. She also uses ancient runes to add a very realistic touch to the novel, and tells us such things as, in the flower language of Ilona’s ancestors, the camellia “represents longing, a persistent and unfulfilled strong desire and need,” which is so much at the soul of Ilona’s character.

There is even an element of time travel to the story, involving the character of Morona, who centuries ago had been given the gift of eternal life by Joland, her lover. Angered by this, the Elders exiled Joland to another timeline in the distant past, and denied him the ability to move forward in time with Morona, who has lived many lifetimes without him, in a castle whose existence is a well-guarded secret. The Elders have also taken from Morona the ability to rejuvenate her body, and now she is a withered, bed-ridden wreck.

But her mind has the power to roam about and reach the remotest parts of the world… and beyond. To quote Morona,

The Elders took everything in life from me, but they never found out I could read every word written by every gifted Hun, after they have reached maturity, and if they used the ancient letters given to them by the Ancestors.

Thus, Morona has an almost omniscient power to read the diaries of Ilona and the other characters. But this is Ilona’s story, her “coming of age” and into her own power and knowledge, the story of her learning the secrets that are at the heart of who and what she is… a young woman whose parents died when she was a child, and who must now face her world and all that is to happen virtually alone, without a mother and father to guide her; for instance, her mother had the power to heal with her hands. 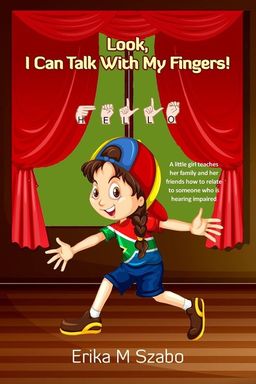 While the story in and of itself is deep, thoughtful and insightful, as well as entertaining and very interesting, what I found most engaging was Szabo’s gift for creating and developing a cast of characters that are three-dimensional, characters that live and breathe with a depth of realism I found most refreshing. Each character has a distinctive voice and personality that adds to the strength and plausibility to how they relate to one another. There’s Eliza, the Seer, who is Ilona’s housekeeper, and her daughter Ema, a painter of some renown. Then there’s Bela, Ilona’s best friend, whom she loves — a successful writer who loves her in his own way. But is this true, romantic love? Or the love of one friend for another? And then along comes the mysterious Zoltan, who has led a life in the fast lane, a life of endless affairs who has grown weary of that life and sets out to begin a new life. Ilona spots him on a few occasions, before they ever actually meet, and you just know that their fates are somehow tied together.

Another gift Szabo has is in making us feel Ilona’s frustration as she struggles to learn who and what she is, uncover the secrets she must know but which no one can tell her. She must come to it on her own, and that is, like her relationships with the other characters, is the heart and soul of this novel. I highly recommend this novel to anyone who loves a good story filled with characters that will make you feel a part of it all.

The best part about all this is, not only did I get my second book about Dorgo the Dowser published with Erika’s help, but I got to know her as an author and artist, and more importantly, I am proud to call her my friend. Check out her Amazon page. Thank you!

Joe Bonadonna’s last article for Black Gate was From Texas to Chicago: An Interview With Author B. Chris Bell.