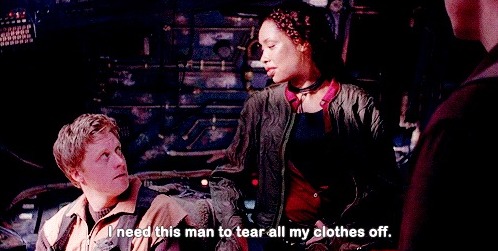 I recently had a wedding anniversary, so that naturally led me to think about married characters. There don’t seem to be many of them.

I should make it clear that by married characters I don’t mean those who happen to have a spouse somewhere. Rather, I mean narratives where the protagonists are essentially a married couple.

They don’t have to have been “churched” but they do have to be a committed couple, living their lives together, participating in everything the narrative throws at them. They’re not just partners, or associates. 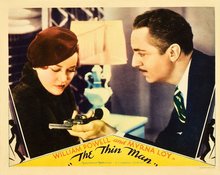 The first ones to come to mind are Dashiell Hammet’s Nick and Nora Charles from The Thin Man. It’s been a while since I read the book, and maybe I’m thinking more of the movies with the spectacular William Powell and the incandescent (can we still use that word?) Myrna Loy. Sure, Nora isn’t a PI, and maybe she doesn’t do as much as Nick does to solve the crimes, but their solid relationship is one of the strong elements in the narrative.

Especially important is that they aren’t in conflict with each other. When married couples are the central protagonists of a novel or film, they’re almost always shown as antagonists. In fact, much if not all of the plot of the novel/film depends for its conflict and forward momentum on that antagonism. 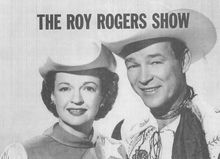 What works for Nick and Nora also works for Roy and Dale. Roy Rogers – King of the Cowboys – and Dale Evans – Queen of the West – starred in The Roy Rogers Show, running from 1951 to 1967. True, Roy was the title character, but it’s hard for anyone, even now, to say one name without automatically saying the other. They not only played a married couple on the show, they eventually married in real life as well.

Another example from the TV screen, and closer to our own genre, is Zoe and Wash from Firefly. We could argue that they’re part of an ensemble cast, but they are a married part. Both are vital components of the team, they just happen to be married to each other. Again I think that’s a telling part of it for me, that the marriage of the characters is of utmost significance to them, but not to the plot. The show/book/film is not about the marriage. 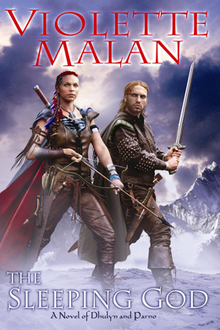 I think the working marriage is even more rare in novels. Setting aside The Thin Man, from our own genre we have examples like Jenifer Roberson’s Novels of Tiger and Del. These may stretch my definition a little, because we don’t meet them as a committed couple; they meet and their relationship begins in the first book of the series. Had there not been a series, their relationship would have been only the romantic subplot.

Finally, I’d like to mention my own characters, Dhulyn Wolfshead and Parno Lionsmane. They’re not “churched” but as Partners in the Mercenary Brotherhood, they are as married as any two characters can be – perhaps more so, since not even death will part them.

The O’Connells in the second two Mummy movies also fit this bill rather well. But again that’s movies, not novels.

I am reading/re-reading Kate Elliott’s Jaran series. There are several sets of married couples after the first novel, notably Tess and Bakhtiian.

Before I clicked on ‘Read More,’ first thing I thought of was The Thin Man.

Great minds think alike. Or in our case, something or other….

Several married (officially or unofficially) couples in Jacqueline Carey’s Kushiel books — Phèdre and Joscelin in the initial trilogy, Imriel and Sidonie in the second trilogy, and Moirin and Bao in the third trilogy. Although in all cases, the meeting & courtship takes up at least the first book or two of the trilogy in question.

And at least some of Steven Brust’s Jhereg books have Vlad working with his wife Cawti, I believe. (It’s been a while since I read them, so my recollections are fuzzy; also, the series was written out of chronological order, making it harder to remember the full arc of the relationship.)

To his highness: I think the O’Connells would fit, but only in the sequels. In the first movie, we’re looking at the romantic subplot angle.
I’ll need to take another look at Kate’s series.

To Bob: not the first time I’ve noticed this myself.

To Joe, that’s why I didn’t include them; I thought the “romantic subplot” element might be too strong.
Also, I haven’t read any of these books, though I’m familiar with the names. Thanks for drawing them to my attention.

My problem with married couples, in the fantasy genre. Is that as soon as it becomes a thing, you can almost guarantee that its going to be a significant part of the plot.

I just want to see a fantasy couple where the plot isn’t around one saving the other or their marriage potentially falling apart.

Just before I logged on and read this post, I finished watching a film with my family that fits the criteria (in a surprising way) — Kubo and the Two Strings — but to say how would involve major spoilers and the film did just come out on DVD, so I’ll say no more.

To Glen, that’s exactly why I don’t include that type of narrative in my definition of married couples. If the story is about the marriage, then it’s a romance of some kind. There aren’t many novels, fantasy or not, that don’t use the marriage as some kind of hook to hang the plot on. There are my books, and as you can see from the comments, several others I wasn’t aware of.

To Nick, that’s interesting. I wasn’t going to see that film, but now I’ve changed my mind. Thanks.

Nearly all the examples I’m coming up with of couples whose marriages are steady are of secondary characters. The pull of the romance plot with its epicenter of origin story is just so strong.

In Tales from Rugosa Coven, I’ve got two stable couples, one married and the other not, but that’s an ensemble cast. (For now it’s still out of print, and so not much help in any case. We’ll see what the shiny new agent can do with it.) They arose partly in opposition to Joss Whedon’s tendency to kill off halves of any pairing that looked too happy.

To Sarah, that’s right, now I remember. I do have a copy of Rugosa Coven, and good luck with it.
I too have noticed the Whedonesque parting of couples, but I don’t think he ever had any that started out already a couple when intro’d to the shows, except Zoe and Wash. And we all know what happened there.

You might check out Swords of Haven and Guards of Haven by Simon R. Green. They’re a collection of stories about a married couple, Hawk and Fisher, who are basically the only honest guards in this big grimy fantasy port city called Haven. The characters are defiantly together and it’s clear they care for each other but their relationship is never the subject of what’s going on in the story. The focus is on whatever case or trouble they’ve gotten themselves into. There’s some great humor in these stories as well.