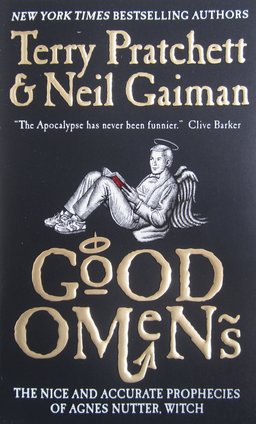 I can say with certainty that I almost never get worked up over film adaptations of books, with good reason; they rarely live up to their source material.

But today I make an exception.

I might actually squee… Well probably not, but still.

Amazon Studios recently announced a six-part adaptation of Neil Gaiman and Terry Pratchett’s novel Good Omens which will debut in 2018.

I first picked up the book Good Omens: The Nice and Accurate Prophecies of Agnes Nutter, Witch in an airport bookstore in 2006. I then proceeded to laugh out loud on my flight from San Jose to Chicago, and laughing out loud at a book is something I haven’t done since my first reading of Hitchhikers Guide to the Galaxy.

Later I picked up of the audio version which I listened to in the car and nearly drove off the road. Finally, in January of 2015 I acquired the BBC Radio 4 dramatization, performed with a full cast and fell in love all over again.

There is no better cure for a bad day then listening to a few chapters of Good Omens.

But what is just so darn amusing about the story?

For me it has all the elements — demons, angels, witches, the Antichrist — all wrapped in a story that boldly showcases the absurdity of it all in the most biting and British of ways.

The book is set “today” but the show will be set in 2018 and in both, the world is on the brink of an apocalypse. But follies ensue when Aziraphale, a somewhat fussy angel, and Crowley, a demon, aren’t all that enthusiastic about the end of the world, having grown quite comfortable with their lives on earth. Also, they may have misplaced the Antichrist. And he may just be an ordinary boy who wants to stay in his small town with his gang of friends. 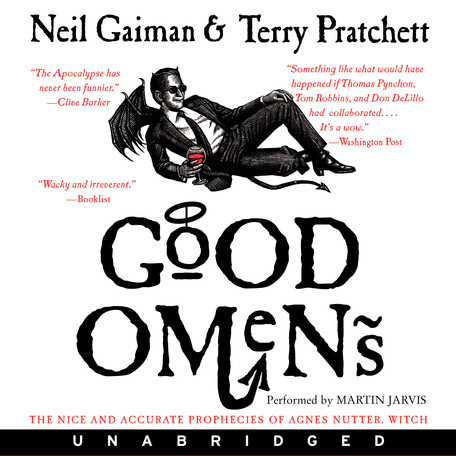 “Almost 30 years ago, Terry Pratchett and I wrote the funniest novel we could about the end of the world, populated with angels and demons…” Gaiman said. “Three decades later, it’s going to make it to the screen. I can’t think of anyone we’d rather make it with than BBC Studios, and I just wish Sir Terry were alive to see it.”

Sadly (nay tragically), Pratchett died in 2015, but with his blessing, Gaiman will helm what is sure to be a faithful and highly humorous adaptation.

Good Omens was Gaiman’s first novel, written in collaboration with Pratchett and has long been the subject of possible adaptations; with Terry Gilliam at one point due to direct a feature version. The 2018 version will be co-produced by BBC Studios with Narrativia, the production company of Pratchett’s daughter Rhianna, and the Blank Corporation and in association with BBC Worldwide for Amazon Prime Video and the BBC. 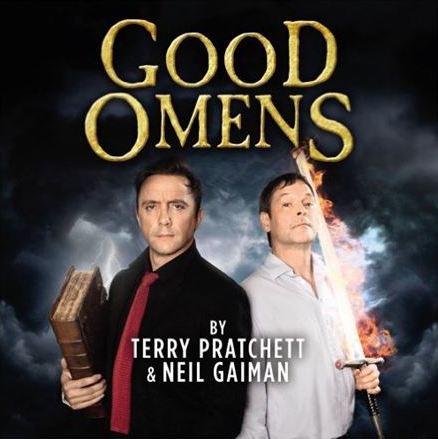 Already I can pronounce the casting as brilliant.

The demon Crowley will be played by Riz Ahmed (Rogue One) while British sitcom star Richard Ayoade plays his counterpart the angel Aziraphale. Natalie Dormer (Game of Thrones), Andrew Scott (Sherlock), Stephen Merchant (The Office) and Naveen Andres (Lost) play the four horsemen of the apocalypse with Levi Miller (Pan), Adam Young (Once Upon a Time) and Matthew Lewis (Harry Potter’s Neville) rounding out the cast.

Want to have a sneak peek at a dream cast looking (somewhat) like their characters? Check out the clip from our friends over at Screen Rant.

What is your favorite Gaiman or Pratchett novel, and have you experienced Good Omens? Post a comment or drop a line to sue@blackgate.com.