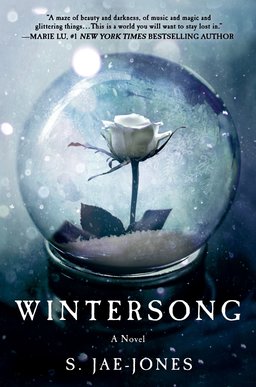 Remember the 80s fantasy classic Labyrinth? Of course you do. Directed by the brilliant Jim Henson and introducing a 15-year-old Jennifer Connelly, the film revolved around the efforts of Sarah to rescue her brother Toby from the clutches of the Goblin King (played with marvelous panache by David Bowie).

Labyrinth is chiefly remembered today for its terrific puppetry and Brian Froud’s ace conceptual designs. But the story it tells is a very old one, one which recurs often in fairy tales. Debut author S. Jae-Jones brings us a fresh new retelling in her novel Wintersong, coming in hardcover next month from Thomas Dunne. Roshani Chokshi (The Star-Touched Queen) says, “This was Labyrinth by way of Angela Carter. Deliciously romantic, with a nuanced Goblin King and a strong heroine, this story was rife with fairy tales, music, and enchantment.”

The last night of the year. Now the days of winter begin and the Goblin King rides abroad, searching for his bride…

All her life, Liesl has heard tales of the beautiful, dangerous Goblin King. They’ve enraptured her mind, her spirit, and inspired her musical compositions. Now eighteen and helping to run her family’s inn, Liesl can’t help but feel that her musical dreams and childhood fantasies are slipping away.

But when her own sister is taken by the Goblin King, Liesl has no choice but to journey to the Underground to save her. Drawn to the strange, captivating world she finds ― and the mysterious man who rules it ― she soon faces an impossible decision. And with time and the old laws working against her, Liesl must discover who she truly is before her fate is sealed.

Rich with music and magic, S. Jae-Jones’s Wintersong will sweep you away into a world you won’t soon forget.

Wintersong will be published by Thomas Dunne Book on February 7, 2017. It is 448 pages, priced at $18.99 in hardcover and $9.99 for the digital edition. Read a massive 44-page excerpt (in PDF format) at the Macmillan website.